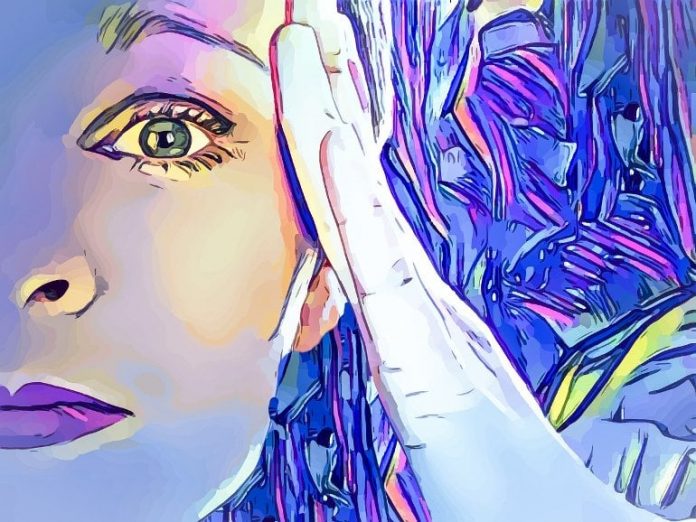 Summary: Low-to-moderate stress may be beneficial for your brain function, especially when it comes to working memory. However, when stress levels rise above moderate levels, they can become toxic.

The holidays are a stressful time for many, but that may not be a bad thing when it comes to your brain functioning, according to new research from the Youth Development Institute at the University of Georgia.

The study found that low to moderate levels of stress improve working memory, the short-term information people use to complete everyday tasks like remembering someone’s phone number or recalling directions on how to get to a specific location.

There is, however, a caveat, the researchers said. The findings are specific to low to moderate stress. Once your stress levels go above moderate levels and becomes constant, that stress becomes toxic.

“The bad outcomes of stress are pretty clear and not new,” said Assaf Oshri, lead author of the study and an associate professor in the College of Family and Consumer Sciences.

Constant high levels of stress can actually change the structure of the brain. It leads to increases in white matter at the expense of gray matter, which is involved in muscle control, decision-making, self-control, emotional regulation and more.

Chronic stress can also make people more susceptible to a variety of illnesses ranging from nausea and migraine headaches to high blood pressure and heart disease.

In previous research, Oshri and his colleagues demonstrated the low to moderate stress levels could help individuals build resilience and reduce their risk of developing mental health disorders, such as depression and antisocial behaviors. That study also showed that limited bouts of stress can help people learn how to cope in future stressful situations.

The present study builds upon that work, providing magnetic resonance imaging (MRI) that shows how low to moderate stress can make the parts of the brain that control working memory more effectively do their job.

The results suggested that individuals who reported low to moderate stress levels had increased activity in the parts of the brain that involve working memory. Participants who said they experienced chronic high levels of stress showed a decline in those areas.

The researchers also examined participants’ social networks using a variety of measures, including how individuals felt about their own ability to handle unexpected events, how satisfied they were that their lives matter and are meaningful and the availability of friend-based support in their social networks.

To analyze working memory, participants were presented with a series of four types of images of things like tools and individuals’ faces and later asked to recall whether they were the same photos they were shown before.

The researchers then analyzed MRIs of the participants’ brains as they completed the tasks to assess neural activation in different parts of the brain.

Perhaps unsurprisingly, the participants who said they had more support from their families and friends appeared more able to cope with low to moderate stress levels in a healthy manner.

“You need to have the right resources to be strengthened by adversity and stress,” Oshri said. “For some people, being exposed to adversity is a good thing. But for others, maybe not.”

“It’s possible that you can sustain more stress if you have a supportive community or family.”

About this stress and memory research news

The negative impact of stress on neurocognitive functioning is extensively documented by empirical research. However, emerging reports suggest that stress may also confer positive neurocognitive effects.

This hypothesis has been advanced by the hormesis model of psychosocial stress, in which low-moderate levels of stress are expected to result in neurocognitive benefits, such as improved working memory (WM), a central executive function.

We tested the hormesis hypothesis, purporting an inverted U-shaped relation between stress and neurocognitive performance, in a large sample of young adults from the Human Connectome Project (n = 1000, Mage = 28.74, SD = 3.67, 54.3% female).

In particular, we investigated whether neural response during a WM challenge is a potential intermediary through which low-moderate levels of stress confer beneficial effects on WM performance. Further, we tested whether the association between low-moderate prolonged stress and WM-related neural function was stronger in contexts with more psychosocial resources.

Findings showed that low-moderate levels of perceived stress were associated with elevated WM-related neural activation, resulting in more optimal WM behavioral performance (α *β = −0.02, p = .046). The strength of this association tapered off at high-stress levels. Finally, we found that the benefit of low-moderate stress was stronger among individuals with access to higher levels of psychosocial resources (β = −0.06, p = .021).

By drawing attention to the dose-dependent, nonlinear relation between stress and WM, this study highlights emerging evidence of a process by which mild stress induces neurocognitive benefits, and the psychosocial context under which benefits are most likely to manifest.

Psychiatry in Aeromedicine: Who Is Denied the Privilege of Piloting an Aircraft?

Us Versus Them: Harming the ‘Outgroup’ Is Linked to Elevated Activity in the Brain’s...