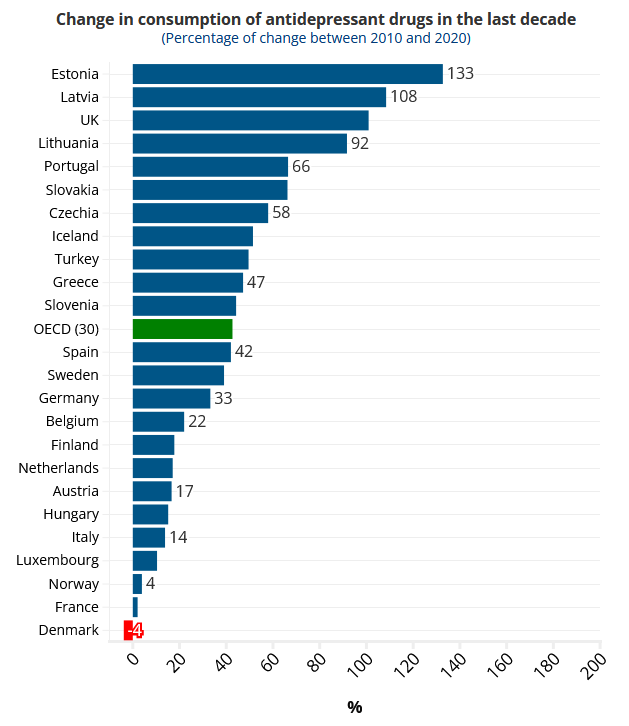 Between 2010 and 2020, the consumption of depression pills increased by 37% in 24 European countries. Denmark was the only country where usage dropped (a 4% drop): 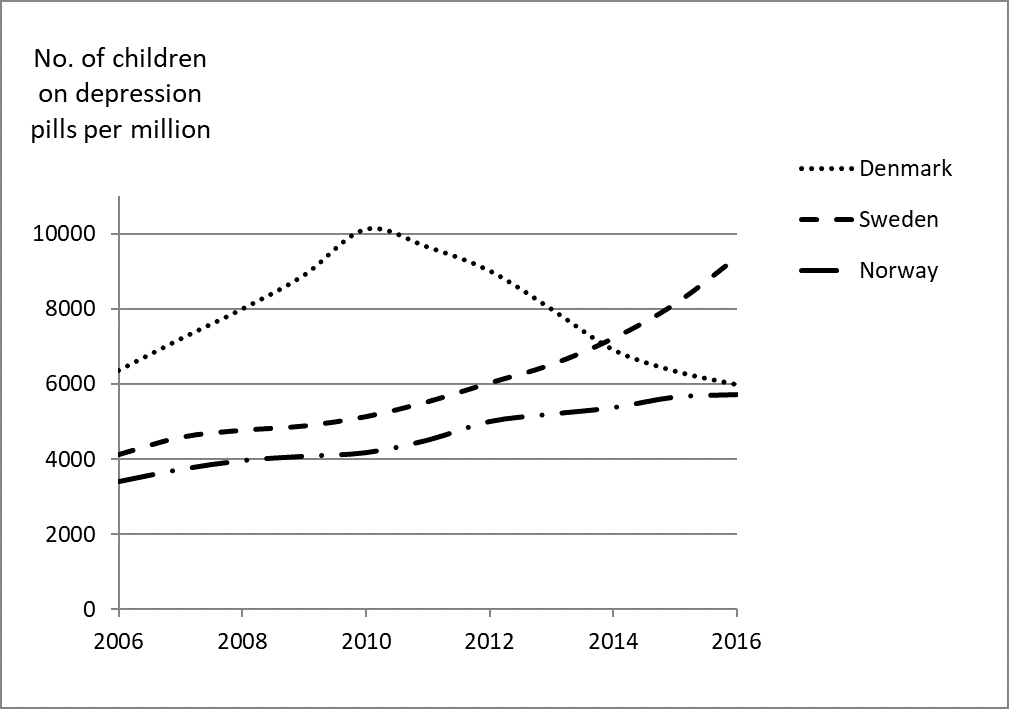 So, what happened in Denmark? Due to concerns about the suicide risk, the Danish National Board of Health reminded family doctors in the summer of 2011 that they should not write prescriptions for depression pills for children, which was a task for psychiatrists.

At the same time, I began to warn strongly against the suicide risk of the pills. I repeated my warnings countless times in the following years on radio and TV, and in articles, books, and lectures. It started with an interview with the managing director of Lundbeck who, in 2011, claimed that depression pills protect children against suicide. The interview took place while Lundbeck’s US partner, Forest Laboratories, was negotiating compensation with 54 families whose children had committed or attempted suicide under the influence of Lundbeck’s depression pills. I have described Lundbeck’s irresponsible behaviour in my 2015 psychiatry book.

The huge drop in usage among children occurred against all odds. Even though depression pills cause suicide, indeed at all ages, leading professors of psychiatry in Denmark continued to propagate their false claims that depression pills protect children against suicide, which they continued claiming also after 2016.

The Danish National Board of Health had issued several warnings against using depression pills to children before 2011. Furthermore, official warnings from authorities have very little impact on prescribing. The average reduction in prescribing is 6%, and interviews with doctors suggest limited awareness, uptake, and at times belief in these warnings. This is exactly the case with depression pills and children. Key opinion leaders among doctors generally do not believe in the warnings; they believe that depression pills protect against suicide, a belief which they propagate everywhere, in scientific articles, in the media and in lectures. This erroneous belief is lethal.

I am therefore convinced that it is primarily due to my tenacity that the usage went down in Denmark. I say this to encourage people to fight for a good cause, which is that depression pills should not be used by anyone. As I have explained in my Critical Psychiatry Textbook, which will soon be serialised on Mad in America, it is indisputable that depression pills do much more harm than good. Since doctors cannot handle them, they should be taken off the market.

When Should Patients With GERD Seek a Mental Health Care Professional?