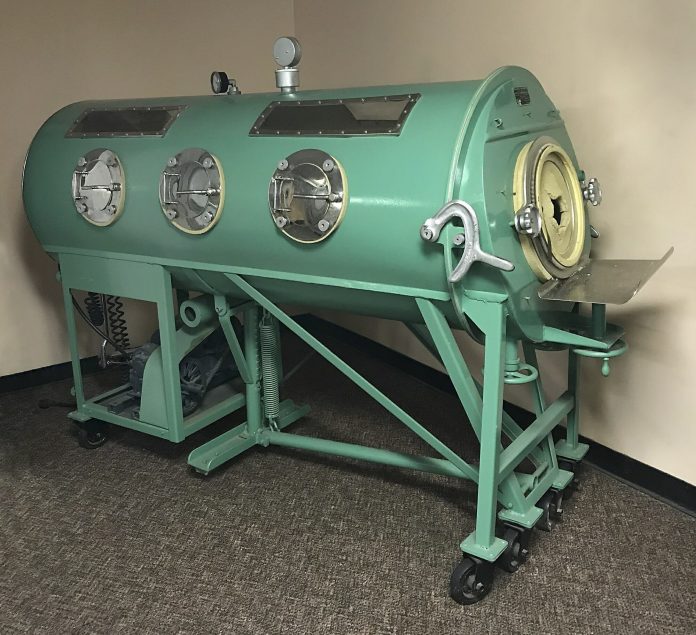 The wild poliovirus had been eliminated in the US for more than 4 decades until it resurfaced in July, when the New York State Department of Health reported a case of vaccine-derived poliovirus to the Centers for Disease Control and Prevention (CDC).1 The patient, a young adult from Rockland County, New York, just outside of New York City, had not been vaccinated.

Prior to this case, only 1 other case of vaccine-derived, community-acquired poliovirus had been detected in the US since 1979— a 2005 case involving an infant in Minnesota.2 However, unlike that infant, the young adult reported to have poliovirus in July developed paralysis as a result of the infection.

In October, the New York State Department of Health announced testing had revealed the presence of poliovirus in wastewater in Rockland County as well as in several surrounding counties and in New York City.3

“Even a single case of paralytic polio represents a public health emergency in the United States,” a subsequent CDC report stated.1 Accordingly, the New York governor declared a State Disaster Emergency in September 2022 that expanded the network of individuals who can administer the polio vaccine (including emergency medicine workers, midwives, and pharmacists) and required health care providers to submit polio immunization data to the New York State Department of Health to help prioritize vaccination efforts.3

Is a polio resurgence likely?

“Actually, there is no clear re-emergence” of polio, said  Waleed Javaid, MD, FACP, FIDSA, FSHEA, hospital epidemiologist and director of infection prevention and control at Mount Sinai Downtown in New York, who was interviewed for this article. “There has been 1 case in an unvaccinated individual in a community with low vaccination rates.” Moreover, the type of virus observed in this individual “indicates a possible link to a virus from a vaccine which is not used in the US,” said Dr Javaid.

Nevertheless, the CDC appears to see the potential risk for additional cases if not resurgence, given the low vaccination coverage in the patient’s county of residence, and a recent paper noted that poliovirus vaccination rates fall below herd immunity thresholds in nearly one-half of New York counties.1,6

To limit the further spread of the disease, Dr Javaid emphasized the ongoing importance of polio surveillance and review of clinical cases by public health officials, encouraging unvaccinated patients to get vaccinated, and monitoring individuals with polio-like illness.

For an in-depth discussion about these emerging developments, we interviewed infectious disease expert Olivia Kates, MD, MA, an infectious disease specialist who teaches at the Johns Hopkins University School of Medicine in Baltimore.

What are the reasons for the reappearance of polio in the US?

The cases of polio in the US are caused by “circulating vaccine-derived poliovirus” (CVDPV). Although polio vaccines given in the US are injectable inactivated vaccines, many vaccines given abroad are oral polio vaccine (OPV), which is a live-attenuated liquid vaccine.7 Because it is attenuated, OPV does not cause polio disease or paralysis in people who get vaccinated.

After vaccination, OPV is excreted in stool, like most things we ingest via the mouth. The live-attenuated virus excreted in the stool of a person who got OPV can be picked up by another person who is non-vaccinated and non-immune to polio. It’s still attenuated though, so again it doesn’t cause polio disease or paralysis. Once again, it can be excreted in the stool or spread in respiratory droplets, and on and on through multiple people who are not vaccinated and not immune to polio.

As the vaccine virus is passing from person to person in this way, it can undergo mutations. The more mutations it undergoes, the more likely it is to have a surprise mutation that brings back the ability to cause disease or cause paralysis.

To start the circulation of VDPV in New York, a non-vaccinated person must have traveled to another part of the world where VDPV was already circulating, picked up that virus and brought it to New York. According to WHO, I think 30 countries have had CVDPV, and the strain in New York is similar to strains found in Jerusalem and London.4,5,8

Then, other people in New York who also were not vaccinated were able to pick up the virus via a “fecal-oral” or droplet/close contact exposure route. Because there were enough people in certain parts of New York who were not vaccinated, the virus had enough people to spread to and keep spreading. At some point — even before it was imported to New York — the virus had picked up a mutation that made it dangerous again, and in at least 1 patient in New York it has caused paralysis.

Even a single case of paralytic polio represents a public health emergency in the United States.

It’s really important to realize that, even though this is called “vaccine-derived polio,” people who get the vaccine do not get vaccine-derived polio. If you get inactivated polio vaccine (IPV), the shot available in the US, you cannot get polio. Even if you get the OPV used abroad, you still cannot get polio because you are getting the virus guaranteed to be in its safe, attenuated form. It takes a population of people who are not vaccinated to pass the OPV virus around and give it a chance to mutate, and then that mutated virus can only attack people who are not vaccinated.

What measures are needed to address this issue?

The virus can’t spread around unless there is a population of people who are not vaccinated. Even if most people in, say, New York State, are vaccinated, if there are small communities where the rate of vaccination is low, VDPV can spread in those communities, mutate, and get people sick. So, the solution is vaccination, which can interrupt the circulation of VDPV.

What are specific recommendations for clinicians to help in this effort?

Pediatricians know how important it is to get their patients vaccinated and should continue to emphasize the importance of on-time polio vaccination. This outbreak is also a reminder that clinicians caring for patients of any age can ask about vaccination. People who did not complete routine childhood vaccination can still “catch up” in adulthood. Any person over 4 years old who has not previously received or completed a vaccination series for polio should get the IPV until they have had a total of 3 lifetime doses.

People who have contact with a case of polio or who have work-related exposures to polio patients or wastewater in New York are now advised to get a single booster dose of IPV.

Clinicians can also be helpful in dispelling myths or confusion about the meaning of VDPV to help their patients understand what is happening in New York and preserve confidence in vaccination.

What lessons can this situation offer regarding infectious diseases and vaccination in general?

There are so many lessons here about vaccination that may seem repetitive but are clearly still important.

First, small-scale heterogeneity in vaccination is important. New York State has one of the highest polio vaccine coverage rates in the country, but vaccine coverage is heterogeneous at the county and even neighborhood level. These small pockets of interconnected communities where vaccine coverage is low are enough to allow vaccine-preventable infections to circulate and spread. We need to be attentive not only to the big picture of vaccination, but also to the little local, family, and individual levels.

Second, large-scale heterogeneity is a problem too! We have been close to global eradication of wild polio for many years, but because of resource limitations, wars, and poverty in countries like Afghanistan, we have failed to reach this goal. We can also eradicate VDPV with the same tools — vaccination — but low or heterogeneous vaccination in many countries has allowed VDPV to emerge and circulate. To truly eradicate this problem, we need excellent vaccine coverage in all parts of the world, not only close to home.

The Role of Genetic Variants on Psychedelics’ Therapeutic Effects

Loneliness in Parkinson’s Disease May Lead to Worsening of Symptoms

Social Media ‘Likes’ Change the Way We Feel About Our Memories