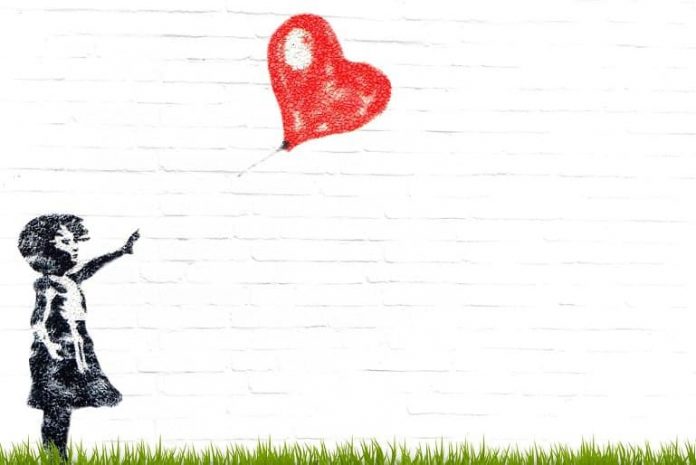 Summary: Young people who are members of the LGBTQIA+ community are twice as likely to experience suicidal thoughts and attempt suicide than their heterosexual peers.

The study found that LGB adolescents are more than twice as likely to attempt suicide, plan a suicide attempt and endure suicidal thoughts than their heterosexual classmates.

They were also more likely to experience trauma, such as sexual violence or dating violence, the research showed. Previous research has drawn links between exposure to trauma and suicidal ideation and attempts, but the current study found a significant difference between how trauma affects heterosexual youth and its effects on LGB teens.

“The major message of this paper is that among a group of survivors of these types of violence, those who identify as a sexual minority are more likely to develop suicidal thoughts and behaviors,” said Émilie Ellis, lead author of the study and a postdoctoral researcher in the College of Public Health.

“We know that LGBTQ+ people are much more likely to experience suicidal thoughts and behaviors, but they’re also a lot more likely to have experienced trauma more frequently and to develop posttraumatic stress following those trauma exposures.”

Perhaps not surprisingly, one of the most likely reasons that LGB youth experience more traumatic stress than heterosexuals is due to discrimination.

The survey’s findings are concerning, and it’s likely an underrepresentation of the number of suicidal LGB youth due to underreporting and stigma surrounding suicide, Ellis said.

“There could be consequences to admitting that you have suicidal ideation,” said Ellis, who recently earned her doctorate in human development and family science with emphasis in marriage and family therapy from UGA’s College of Family and Consumer Sciences.

“We have to think about how many more kids are out there who didn’t get this survey who have experienced trauma and suicidal ideation but answered no because they were worried someone was going to tell a parent.”

More than one in five students considered suicide

The researchers analyzed 14,690 responses to the Youth Risk Behavior Survey, a national survey conducted by the Centers for Disease Control and Prevention that provides representative data from public and private high school students across the country.

The study dataset comprised responses from 2015 through 2019, focusing on students who identified their sexual orientation.

Overall, almost one out of every five students (20%) who responded to the survey reported seriously considering suicide in the last year. More than 7% of the students actually attempted to kill themselves.

Previous research has shown that LGB individuals are more likely to experience childhood sexual abuse and dating violence than their heterosexual peers and more frequently suffer from traumatic stress after violent incidents. That puts them at a greater risk of experiencing suicidal thoughts and attempting suicide, the researchers said.

Sexual abuse had the strongest influence on suicidal thoughts and attempts among gay and lesbian youth, while sexual dating violence had the biggest impact on bisexual adolescents. This finding suggests that the approach to dealing with suicide and violence among LGB youth shouldn’t be one size fits all, the researchers said.

“There are dating violence and suicide prevention programs happening, but we need more of them, and we need to include interventions that specifically address violence among LGB populations,” Ellis said. “We know these types of violence are associated with higher suicidality. Let’s go to where we’ve already got programs in place.”

Is Trauma Exposure More Harmful for Sexual Minority Youth? Differences in Trauma-Suicide Associations in a Nationally Representative Sample of U.S. Youth and Implications for Suicide Prevention

A subsample of respondents who reported on their sexual identity in the Youth Risk Behavior Survey (n = 14,690) was used to examine if the associations between sexual and dating violence with suicide outcomes (suicidal ideation, planning, and suicide attempt) depended on the sexual identity of the respondent. Logistic regression models were fitted with an interaction effect to quantify heterogeneity of associations across identity strata.

While exposure to violence was broadly associated with increased probability of experiencing any type of suicidality, LGB and questioning youth were significantly more likely to experience suicidality compared to their heterosexual peers. Gay and lesbian youth demonstrated the strongest probability of experiencing suicidal thoughts and behaviors among survivors of sexual violence, while bisexual youth may be more at risk following dating violence. Implications for future research and suicide prevention are discussed.

Even Mild COVID Can Cause Brain Shrinkage and Affect Mental Function