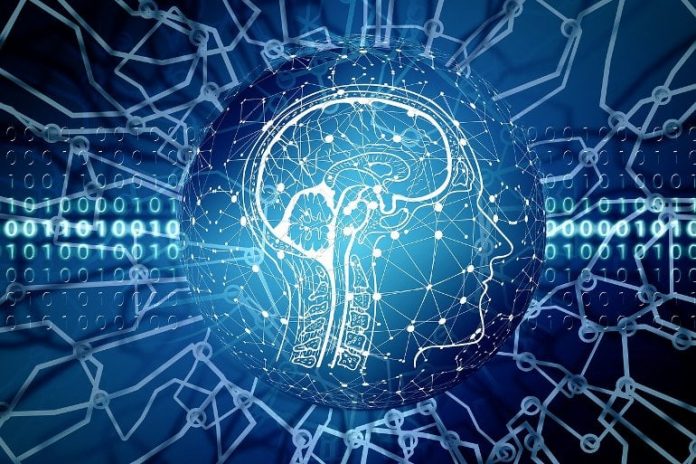 Water – which makes up the majority of every cell in the body – plays a key role in how proteins, including those associated with Parkinson’s disease, fold, misfold, or clump together, according to a new study.

When attempting to discover potential treatments for protein misfolding diseases, researchers have primarily focused on the structure of the proteins themselves.

However, researchers led by the University of Cambridge have shown that a thin shell of water is key to whether a protein begins to clump together, or aggregate, forming the toxic clusters which eventually kill brain cells.

Using a technique known as Terahertz spectroscopy, the researchers have shown that the movement of the water-based shell surrounding a protein can determine whether that protein aggregates or not.

The significance of the water shell, known as the hydration or solvation shell, in the folding and function of proteins has been strongly disputed in the past. This is the first time the solvation shell has been shown to play a key role in protein misfolding and aggregation, which could have profound implications in the search for treatments.

The results are reported in the journal Angewandte Chemie International.

When developing potential treatments for protein misfolding diseases such as Parkinson’s and Alzheimer’s disease, researchers have been studying compounds which can prevent the aggregation of key proteins: alpha-synuclein for Parkinson’s disease or amyloid-beta for Alzheimer’s disease. To date however, there are no effective treatments for either condition, which affect millions worldwide.

“It’s the amino acids that determine the final structure of a protein, but when it comes to aggregation, the role of the solvation shell, which sits on the outside of a protein, has been overlooked until now,” said Professor Gabriele Kaminski Schierle from Cambridge’s Department of Chemical Engineering and Biotechnology, who led the research.

“We wanted to know whether this water shell plays a role in protein behaviour – it’s been a question in the field for a while, but no one has been able to prove it.”

To test the role of the solvation shell in the aggregation of proteins, the researchers used alpha-synuclein, the key protein implicated in Parkinson’s disease. Using Teraheartz spectroscopy, a powerful technique to study the behaviour of water molecules, they were able to observe the movement of the water molecules that surround the alpha-synuclein protein.

The researchers found that when the sodium chloride was added, the strong hydrogen bonds caused the movement of the water molecules in the solvation shell to slow down. This resulted in slower movement of the alpha-synuclein, and the aggregation rate increased. Conversely, when the cesium iodide was added, the water molecules sped up, and the aggregation rate decreased.

“In essence, when the water shell slows down, the proteins have more time to interact with each other, so they’re more likely to aggregate,” said Kaminski Schierle.

“And on the flip side, when the solvation shell moves more quickly, the proteins become harder to catch, so they’re less likely to aggregate.”

“When researchers are screening for an aggregation inhibitor for Parkinson’s disease, they will usually use a buffer composition, but there’s been very little thought on how that buffer is interacting with the protein itself,” said Stephens.

“Our results show that you need to understand the composition of the solvent inside the cell in order to mimic the conditions you have in the brain and ultimately end up with an inhibitor that works.”

“It’s so important to look at the whole picture, and that hasn’t been happening,” said Kaminski Schierle.

“To effectively test whether a drug candidate will work in a patient, you need to mimic cellular conditions, which means you need to take everything into consideration, like salts and pH levels.

“The failure to look at the whole cellular environment has been limiting the field, which may be why we haven’t yet got an effective treatment for Parkinson’s disease.”

Funding: The research was supported in part by Wellcome, Alzheimer’s Research UK, the Michael J Fox Foundation, and the Medical Research Council (MRC), part of UK Research and Innovation (UKRI). Gabriele Kaminski Schierle is a Fellow of Robinson College, Cambridge.

The solvation shell is essential for the folding and function of proteins, but how it contributes to protein misfolding and aggregation has still to be elucidated.

Conversely, in the presence CsI the mobility of the solvation shell is increased and αSyn aggregation is reduced. Changing the solvent from H2O to D2O leads to increased aggregation rates, indicating a solvent driven effect.

We show the increased aggregation rate is not directly due to a change in the structural conformations of αSyn, it is also influenced by a reduction in both the H2O mobility and αSyn mobility.

We propose that reduced mobility of αSyn contributes to increased aggregation by promoting intermolecular interactions.

Connecting the Dots Between Engagement and Learning