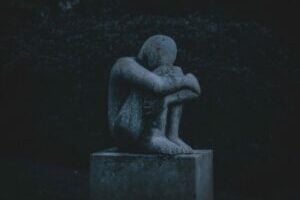 From CounterPunch: “According to three 2022 comprehensive research reviews, there is no scientific evidence for what we have long been told by psychiatry—and the mainstream media—about the neurobiology of depression. These reviews, in unison, will pack a powerful wallop for critical thinkers. However, for American society in general, the deck is stacked against any scientific truths making a dent in psychiatry’s brain-defect mythology.

The implications of these reviews are broken down in the following sections: (1) What We Have Been Told; (2) The Scientific Reality; (3) What Are the Variables Associated with Depression? and (4) The Stacked Deck against Scientific Realities Denting Brain-Defect Mythology.

What We Have Been Told

The general public has routinely heard proclamations from psychiatry authorities that depression is a neurobiological phenomenon (or a brain disease) caused by: (1) specific brain abnormalities revealed by neuroimaging; (2) neurotransmitter chemical defects, most commonly a ‘serotonin chemical imbalance’; and (3) identifiable genetic defects resulting in increased vulnerability to psychological-social stressors.

One example of what Americans hear from authorities is Harvard Medical School’s ‘What Causes Depression‘ (January 2022), which stated: ‘Major advances in the biology of depression include finding links between specific parts of the brain and depression effects, discovering how chemicals called neurotransmitters make communication between brains cells possible, and learning the impact of genetics and lifestyle events on risk and symptoms of depression.’”

The three recent major research reviews which refute these claims are: