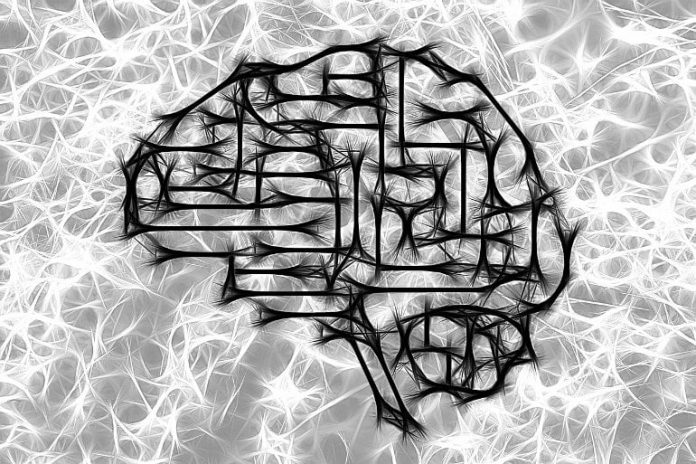 Summary: Researchers have identified a new type of synaptic plasticity they call behavioral timescale synaptic plasticity (BTSP). The study reveals how the entorhinal cortex sends instructive signals to the hippocampus and directs it to specifically reorganize the specific location and activity of a neural subset to achieve altered behavior in response to changes in environment and spatial cues.

A longstanding question in neuroscience is how mammalian brains (including ours) adapt to external environments, information, and experiences.

The study, published in Nature and led by Dr. Jeffrey Magee, professor at Baylor, who is also a Howard Hughes Medical Institute and Duncan NRI investigator, reveals how the entorhinal cortex (EC) sends instructive signals to the hippocampus—the brain region critical for spatial navigation, memory encoding, and consolidation—and directs it to specifically reorganize the location and activity of a specific subset of its neurons to achieve altered behavior in response to its changing environment and spatial cues.

Neurons communicate with one another by transmitting electrical signals or chemicals through junctions called synapses. Synaptic plasticity refers to the adaptive ability of these neuronal connections to become stronger or weaker over time, as a direct response to changes in their external environment.

This adaptive ability of our neurons to respond quickly and accurately to external cues is critical for our survival and growth and forms the neurochemical foundation for learning and memory.

To identify the mechanism that underlies the mammalian brain’s capacity for adaptive learning, a postdoctoral fellow in the Magee lab and lead author of the study, Dr. Christine Grienberger, measured the activity of a specific group of place cells, which are specialized hippocampal neurons that build and update “maps” of external environments. She attached a powerful microscope to the brains of these mice and measured the activity of these cells as the mice were running on a linear track treadmill.

In the initial phase, the mice were acclimated to this experimental setup and the position of the reward (sugar water) was altered at each lap.

“In this phase, the mice ran continuously at the same speed while licking the track continuously. This meant the place cells in these mice formed a uniform tiling pattern,” said Dr. Grienberger, who is currently an assistant professor at Brandeis University.

In the next phase, she fixed the reward at a specific location on the track along with a few visual cues to orient the mice and measured the activity of the same group of neurons.

“I saw that changing the reward location altered the behavior of these animals. The mice now slowed down briefly before the reward site to taste the sugar water. And more interestingly, this change in behavior was accompanied by increased density and activity of place cells around the reward site. This indicated that changes in spatial cues can lead to adaptive reorganization and activity of hippocampal neurons,” Dr. Grienberger added.

For more than 70 years, Hebbian theory, which is colloquially summarized as “neurons that fire together, wire together,” singularly dominated the neuroscientists’ view of how synapses become stronger or weaker over time.

While this well-studied theory is the basis of several advancements in the field of neuroscience, it has some limitations.

In 2017, researchers in the Magee lab discovered a new and powerful type of synaptic plasticity—behavioral timescale synaptic plasticity (BTSP)—that overcomes these limitations and offers a model that best mimics the timescale of how we learn or remember related events in real life.

Using the new experimental paradigm, Dr. Grienberger observed that in the second phase, place cell neurons that were previously silent acquired large place fields abruptly in a single lap after the reward location was fixed.

This finding is consistent with a non-Hebbian form of synaptic plasticity and learning. Additional experiments confirmed that the observed adaptive changes in the hippocampal place cells and in the behavior of these mice were indeed due to BTSP.

Based on their previous studies, the Magee team knew BTSP involves an instructive/supervisory signal that does not necessarily lie within or adjacent to the target neurons (in this case, the hippocampal place cells) that are being activated.

To identify the origin of this instructive signal, they studied the axonal projections from a nearby brain region called the entorhinal cortex (EC), which innervates the hippocampus and acts as a gateway between the hippocampus and neocortical regions that control higher executive/decision-making processes.

“We found that when we specifically inhibited a subset of EC axons that innervate the CA1 hippocampal neurons we were recording from, it prevented the development of CA1 reward over-representations in the brain,” Dr. Magee said.

Based on several lines of investigations, they concluded that the entorhinal cortex provides a relatively invariant target instructive signal which directs the hippocampus to reorganize the location and activity of place cells, which in turn affects the animal’s behavior.

“The discovery that one part of the brain (entorhinal complex) can direct another brain region (hippocampus) to alter the location and activity of its neurons (place cells) is an extraordinary finding in neuroscience,” Dr. Magee added.

“It completely changes our view of how learning-dependent changes in the brain occur and reveals new realms of possibilities that will transform and guide how we approach neurological and neurodegenerative disorders in the future.”

About this synaptic plasticity research news

Learning-related changes in brain activity are thought to underlie adaptive behaviours. For instance, the learning of a reward site by rodents requires the development of an over-representation of that location in the hippocampus. How this learning-related change occurs remains unknown.

BTSP is known to be driven by dendritic voltage signals that we proposed were initiated by input from entorhinal cortex layer 3 (EC3). Accordingly, the CA1 over-representation was largely removed by optogenetic inhibition of EC3 activity. Recordings from EC3 neurons revealed an activity pattern that could provide an instructive signal directing BTSP to generate the over-representation.

Consistent with this function, our observations show that exposure to a second environment possessing a prominent reward-predictive cue resulted in both EC3 activity and CA1 place field density that were more elevated at the cue than at the reward.

These data indicate that learning-related changes in the hippocampus are produced by synaptic plasticity directed by an instructive signal from the EC3 that seems to be specifically adapted to the behaviourally relevant features of the environment.

Does Air Pollution Cause Dementia? Here’s What We Know So Far