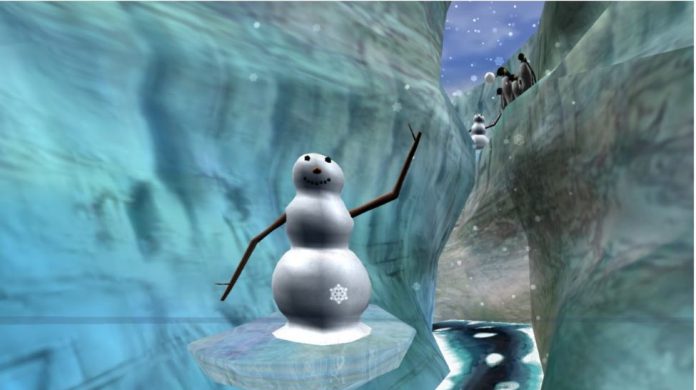 Video games sometimes get a bad rap for absorbing all our attention and making us oblivious to the outside world to the point where we lose track of it and the people in it. I can’t tell you how many times my wife has had to come and stand between my game controller and the television in order to get my attention when I’m completely engrossed in a game. She hates it and doesn’t understand the bewildered “where did you come from?” look that usually washes over my face.

Sometimes, though, this kind of disregard for reality and the people around us is exactly what the doctor ordered. Literally.

Are you one of my suave and sophisticated Patreon supporters? If so, you get this and other articles in mini-podcast form. Reading text is so old-fashioned!

Video games have a lot of ways to create this kind of sensation, which psychologists call spatial presence and immersion. Immersion usually refers to what happens when all of someone’s attention is dominated by something; they can’t look away and stop paying any heed to anything else. Happens all the time in games. Spatial presence is a related but separate phenomenon that happens when players create and fill out a mental representation about the virtual space in which the game takes place. If rich enough, players may actually start to favor that virtual space as their point of reference for where they are as their awareness of the technology mediating their experience falls away. This is done through enveloping them in rich sensory information, commandeering their mental resources and attention through gameplay, and eliminating signals or flaws in the experience that remind them that oh yeah, this is a video game. Virtual reality, you might be thinking, can create spatial presence and immersion like no other way of playing games. And you’d be right about that.

If you want a lot more details about spatial presence in games, I wrote a lengthy article about it here, or you can pick up my book Getting Gamers and read the entire chapter I dedicated to the idea.

One interesting use of the immersive quality of video games is as a pain control therapy. People who have suffered serious burns have to go through immensely painful but necessary procedures where their skin is stretched out. Pain medication is a part of this treatment, but if you’ve been watching the headlines you know that opioids are dangerous and not always entirely effective. An article from the journal of Cyberpsychology, Behavior, and Social Networking described how one 11-year old boy with severe burns to his feet, arms, shoulders, and head was given an Oculus Rift VR headset to use during one of these painful therapy sessions.

Using the VR rig, he and other subjects in the study played a game called SnowWorld, which had specifically designed to distract players from the outside world. While playing, patients sling snowballs at VR snowmen, igloos, penguins, and other features of the game’s wintery world. The idea, the authors say, is that SnowWorld “floods the brain with attention grabbing information from multiple senses…leaving less attention available for processing pain signals. Patients feel less pain, and spend less time thinking about their pain.” And, indeed, self reports of pain from patients dropped significantly during the sessions when they got to slip into virtual reality. MRI scans even found that the areas of patients’ brains responsible for processing pain signals were less active when they could play the game. All thanks to a relatively cheap video game device.

It’s fascinating and heartwarming, and it’s nice to see the immersive qualities of games used for unalloyed good. Though I suspect that a game like SnowWorld isn’t necessary, and you could, in fact, see this same kind of success with many commercial games. Plop me into a Fortnite match or a God of War run and you could probably do whatever you want to my skin.

The Social Side of Health: How Reducing Inequality Can Improve Health Outcomes for Americans