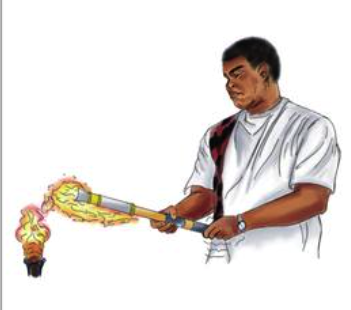 Congratulations to Dr. Okun on the publication of “Muhammad Ali and Young-Onset Idiopathic Parkinson Disease—The Missing Evidence.”  This paper was published in the October 24th edition of JAMA Neurology.

Following Muhammad Ali’s death, there has been persistent dialogue about the degree to which Parkinson disease vs repetitive boxing-related head trauma contributed to his progressive motor and cognitive impairments. During one of Ali’s most famous public moments, the lighting of the 1996 Olympic torch, Bob Costas from NBC sports commented, “once the most dynamic figure in sports and now trapped by a mask created by parkinson syndrome.” Ali manifested a classic Parkinson disease left-arm rest tremor, which was suppressed as he raised his left hand to steady his right arm in order to light the torch. Ali underwent a series of single medical examinations during his professional career from 1981 to 1984 at University of California, Los Angeles, the Mayo Clinic in Rochester, Minnesota, and at Columbia-Presbyterian in New York, New York, which raised the possible diagnoses of both head trauma and Parkinson disease or a parkinsonian syndrome. Postretirement from 1995 until his death, he received his neurological care largely at 1 institution, Emory University in Atlanta, Georgia. He also received local care at the Barrow Neurological Institute in Phoenix, Arizona.

Where did that sound come from?