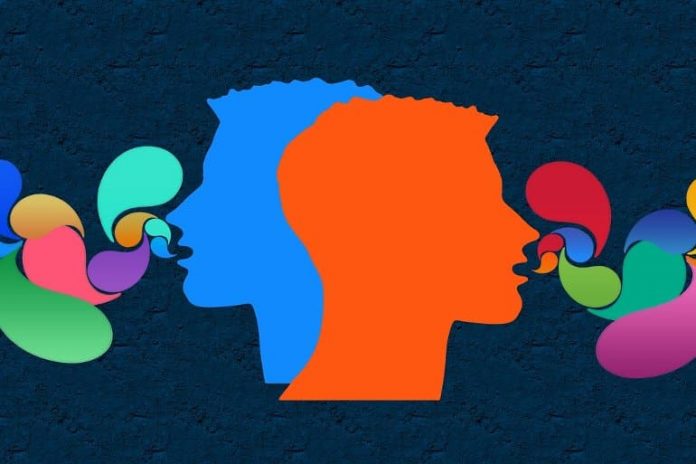 Summary: Study identifies brain areas where the meaning of words is retrieved from memory and processed during language comprehension.

A new study by researchers at the Medical College of Wisconsin (MCW) reveals the areas of the brain where the meanings of words are retrieved from memory and processed during language comprehension.

Previous neuroimaging studies had indicated that large portions of the temporal, parietal, and frontal lobes participate in processing language meaning, but it was unknown which regions encoded information about individual word meanings.

“We found that word meaning information was represented in several high-level cortical areas (i.e., areas that are not closely connected to primary sensory or motor areas), including the classical ‘language areas’ known as Broca’s area and Wernicke’s area,” said Dr. Leonardo Fernandino, assistant professor of neurology and biomedical engineering at MCW.

“Interestingly, however, some regions not previously considered as important for language processing were among those containing the most information about word meaning.”

Additionally, they also investigated whether the neural representations of word meaning in each of these areas contained information about phenomenological experience (i.e., related to different kinds of perceptual, emotional, and action-related experiences), as several researchers had previously proposed, or whether they contained primarily information about conceptual categories (i.e., natural kinds) or about word co-occurrence statistics, as other researchers have theorized.

They used functional MRI along with a technique called “representational similarity analysis (RSA) searchlight mapping” to generate a high-resolution map of the brain regions in which word meaning information was activated when participants were silently reading individual words presented on the screen (a different word was presented every few seconds). They scanned 64 participants across two different experiments.

“We also found that word meaning representations in all of these regions encode experiential information, that is, information derived from sensory, motor, and emotional experiences, even after controlling for other types of information such as semantic category and word co-occurrence statistics,” said Dr. Fernandino.

“The study also showed that these representations are multimodal, in that they combine information from multiple features of experience and from multiple sensory modalities.”

The researchers found that brain areas known as the “default mode network”—which act as connection hubs for neural pathways originating in the visual, auditory, tactile, motor, and other modality-specific areas—were among the most important areas for processing word meaning, which supports their previously published proposal of a hierarchical system of convergence zones for concept representation.

About this language and neuroscience research news

A Distributed Network for Multimodal Experiential Representation of Concepts

Neuroimaging, neuropsychological, and psychophysical evidence indicate that concept retrieval selectively engages specific sensory and motor brain systems involved in the acquisition of the retrieved concept. However, it remains unclear which supramodal cortical regions contribute to this process and what kind of information they represent.

Here, we used representational similarity analysis of two large fMRI datasets with a searchlight approach to generate a detailed map of human brain regions where the semantic similarity structure across individual lexical concepts can be reliably detected.

In both studies, a multimodal model combining sensory, motor, affective, and other types of experiential information explained significant variance in the neural similarity structure observed in these regions that was not explained by unimodal experiential models or by distributional semantics (i.e., word2vec similarity).

These results indicate that during concept retrieval, lexical concepts are represented across a vast expanse of high-level cortical regions, especially in the areas that make up the default mode network, and that these regions encode multimodal experiential information.

A Decisive Blow to the Serotonin Hypothesis of Depression

Psychedelic Drugs’ Therapeutic Potential for a Range of Psychiatric Disorders