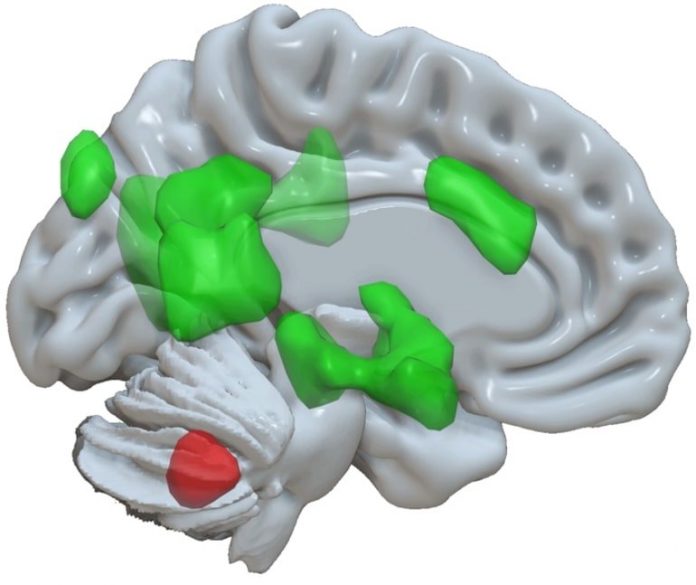 Summary: The cerebellum plays a key role in the storage of both positive and negative memories of emotional events.

The cerebellum is known primarily for the regulation of movement. Researchers at the University of Basel have now discovered that the cerebellum also plays an important role in remembering emotional experiences.

The study appears in the journal PNAS.

Both positive and negative emotional experiences are stored particularly well in memory. This phenomenon is important to our survival, since we need to remember dangerous situations in order to avoid them in the future.

Previous studies have shown that a brain structure called the amygdala, which is important in the processing of emotions, plays a central role in this phenomenon.

Emotions activate the amygdala, which in turn facilitates the storage of information in various areas of the cerebrum.

The current research, led by Professor Dominique de Quervain and Professor Andreas Papassotiropoulos at the University of Basel, investigates the role of the cerebellum in storing emotional experiences. In a large-scale study, the researchers showed 1,418 participants emotional and neutral images and recorded the subjects’ brain activity using magnetic resonance imaging.

In a memory test conducted later, the positive and negative images were remembered by the participants much better than the neutral images. The improved storage of emotional images was linked with an increase in brain activity in the areas of the cerebrum already known to play a part.

However, the team also identified increased activity in the cerebellum.

The cerebellum in communication with the cerebrum

The researchers were also able to demonstrate that the cerebellum shows stronger communication with various areas of the cerebrum during the process of enhanced storage of the emotional images. It receives information from the cingulate gyrus – a region of the brain that is important in the perception and evaluation of feelings.

Furthermore, the cerebellum sends out signals to various regions of the brain, including the amygdala and hippocampus. The latter plays a central role in memory storage.

“These results indicate that the cerebellum is an integral component of a network that is responsible for the improved storage of emotional information,” says de Quervain.

Although an improved memory for emotional events is a crucial mechanism for survival, it does have its downsides: in the case of very negative experiences, it can lead to recurring anxiety.

This means that the findings, which have now been released, may also be relevant in understanding psychiatric conditions such as post-traumatic stress disorder.

Basel research on emotions and memory

The current study forms part of a large-scale research project conducted by the Research Platform Molecular and Cognitive Neurosciences (MCN) at the University of Basel and the University Psychiatric Clinics (UPK) Basel.

The aim of this project is to gain a better understanding of emotional and cognitive processes and to transfer results from basic research to clinical projects.

About this neuroscience and memory research news

Emotional information is better remembered than neutral information. Extensive evidence indicates that the amygdala and its interactions with other cerebral regions play an important role in the memory-enhancing effect of emotional arousal.

While the cerebellum has been found to be involved in fear conditioning, its role in emotional enhancement of episodic memory is less clear.

To address this issue, we used a whole-brain functional MRI approach in 1,418 healthy participants. First, we identified clusters significantly activated during enhanced memory encoding of negative and positive emotional pictures. In addition to the well-known emotional memory–related cerebral regions, we identified a cluster in the cerebellum.

The present findings indicate that the cerebellum is an integral part of a network involved in emotional enhancement of episodic memory.