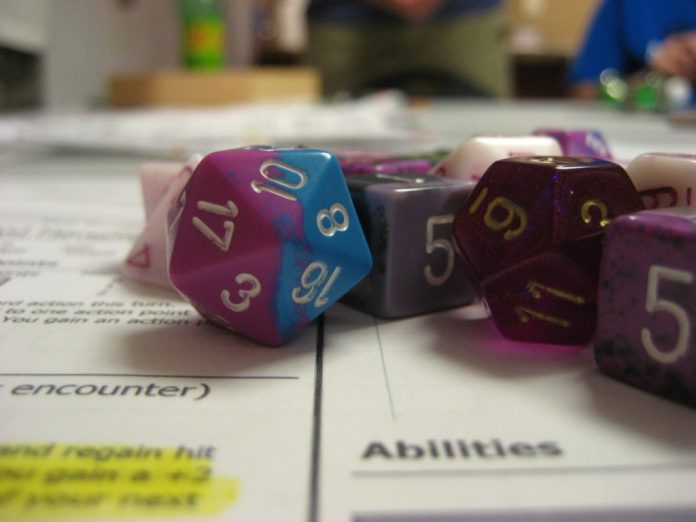 Running games like Dungeons & Dragons is sometimes a thankless job. Dungeon Masters (DMs) have to spend hours prepping for gaming sessions, then be ready to throw it all out and improvise when players decide to seize some random, loose thread and yank on it like they’re in that tug-of-war scene in Squid Games. Players, on the other hand, just have to show up and know how to play their one character while the DM has to give voice to an entire world and is often expected to master the game rules front-to-back. The DM’s job is tough, so we can cut them some slack.

That said, DMs can sometimes benefit from some constructive feedback. They may not be doing a good job, or they may know what they’re doing but what they’re doing doesn’t vibe with the rest of the group. For example, playing D&D mostly as a tactical combat simulator with meat grinder rules is a perfectly cromulent way to run the game, but it’s a poor choice if the players all want more role-playing and story.

So somebody should talk to the DM, right? But …that can be weird. And players may be worried about harming relationships, coming across as a grouse, or sounding like an unappreciative malcontent. Fortunately, one of the topics that industrial-organizational psychology has studied for decades is how to give employees feedback about their job performance in ways that make them more likely to improve their performance. It’s not a perfect analogy for DMs since fulfilling that role isn’t a job, DMs aren’t employees, and players aren’t their managers. But, that said, I think we can still mine the literature for good ideas about how to give DMs better feedback.

General feedback is much less valuable and less likely to be attended to than specific feedback. Telling your DM “You could do better” or “I’m not having much fun” is much less useful than something much more specific. For example:

You get the idea. People want to know exactly what they’re doing that isn’t landing so they can understand how to change it. Because DMs will generally have the same goals as players: a good time and fun stories to tell later.

Tip 2: Focus on Behaviors, Not the Person
People tend to reject or discount feedback if it threatens their self-image. No DM is going to enjoy hearing something that sounds like an attack on them as a person. So it’s far easier to convince a DM to change their behavior than it is to change their idea of what kind of person they are. So if you’re giving your DM feedback, focus on what they’re doing and avoid language that sounds like you’re picking on who or what they are.

Tip 3: Give Feedback Quickly and Frequently

One of my D&D friends used to not only ask for feedback about his DMing, but he would do it after almost every session. He’d just email a quick Google Forms survey to us with simple questions like “What did you not like?” and “What do you want more of?” This was great because research has shown that the more quickly feedback comes, the more likely we are to tie it to our performance and act on it. This is why many companies are moving away from annual performance reviews to weekly or even daily performance management feedback.

If your DM doesn’t send out surveys, it’s better to deliver your feedback soon after the session –a side conversation on your way out the door, a quick chat in Discord or Zoom if you’re playing remotely, or even a quick email or chat (though see below about in person vs. asynchronous feedback). Certainly don’t wait until the end of the campaign to try and look back at everything all at once.

Are you one of my suave and sophisticated Patreon supporters? If so, you get this and other articles in mini-podcast form. Reading text is so old-fashioned!

One of the earliest theories of performance feedback is known as the control theory of feedback. It holds that people will generally adopt a goal and then use feedback to determine if they are getting closer to the goal. If I’m trying to get my account to 5,000 followers on Twitter, for example, feedback showing new followers helps me figure out how I’m doing. Or if I’m trying to create more memorable characters in my D&D game, having players remember them, talk about them, and want to interact with them helps me gauge my progress.

So it helps a lot if the DM actually has goals and it helps even more if the players know what they are. This can be an important agenda item for “session 0” of a campaign where the whole group discusses and agrees on expectations. You as a player can directly ask the DM, “What are your goals for the game? How are you wanting to flex and stretch your muscles as a DM?” These questions often get posed to the players, but I usually don’t hear them being asked of the DM. If you don’t cover this in session 0, no problem. You can ask the DM at any time. Then, when you offer your feedback, it can make it much more appealing to the DM if it’s couched in terms of progress (or not) towards their goals.

That said, don’t take the easy way out of sending an email or message if you can help it. Research has shown that face-to-face feedback is better, if for no other reason than it can allow for two-way communication and clarification. This might make some players uncomfortable, especially if your relationship with the person is new or not yet cemented into a comfortable friendship, but it’s the most effective way to do it.

There you go! I hope these tips help.

1. Usually. I guess there are some DMs-for-hire out there, so this advice could be even more valuable there.
2. Want more about the science of feedback? Check out Gregory, Jane Brodie and Levy, Paul E. (2015). Using Feedback in Organizational Consulting. American Psychological Association.

In Neurodegenerative Diseases, Brain Immune Cells Have a Ravenous Appetite for Sugar