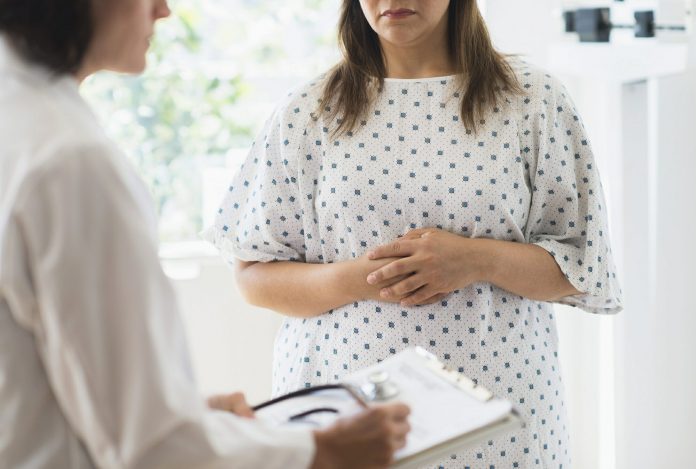 Following decades of debate about the ethical, moral, medical, legal, and religious attributes of abortion, in June 2022, the United States Supreme Court reversed Roe vs Wade — the 1973 ruling that enshrined abortion as a constitutional right. As a result, access to abortion was rolled back immediately in over half of the states, with more states expected to follow suit.

In addition to engendering poorer health and socioeconomic outcomes for mothers and infants,1–3 the restrictions to safe and legal abortions have significant implications for patients living with neurologic conditions.

Neurologic health and reproductive health are intricately linked. While the management of pre-existing neurologic conditions is often complicated during pregnancy on account of the detrimental fetal impact of therapies and diagnostic evaluations, pregnancy can also increase the risk of developing new-onset conditions such as eclampsia, cerebral venous thrombosis, and posterior reversible encephalopathy syndrome.4 Pregnancy-associated strokes account for 18% of strokes in women younger than 35 years old,5 and migraines are more likely to manifest in women during their reproductive years.6

Given the life-threatening implications of neurologic disorders in pregnancy, neurologists play a vital role in managing reproductive health.

Even before the reversal of Roe vs Wade, counseling patients on contraception has been a vital part of the neurologist’s role.

The most critical impact of the abortion ban has been on access to medications that can cause fetal harm.

“While some seizure medications known to cause fetal harm can be avoided in women of childbearing age, some patients have severe, refractory forms of epilepsy that necessitate treatment with several agents, some of which may be teratogenic,” said Audrey Nath, MD, PhD, a pediatric epileptologist and clinical assistant professor of neurology at University of Texas Medical Branch in Galveston. She added, “In fact, some diseases such as epilepticus (prolonged seizures) can be detrimental to the pregnancy if left untreated.”

Dr Nath acknowledged this is both a nuanced and complex issue. She urged clinicians to have balanced discussions with their patients about the risks and benefits of medications “without interference from governing bodies.”

Attempts to restrict medications that cause fetal harm are already underway in some states. Methotrexate, a folate antagonist, is often used in the treatment of rheumatoid arthritis, lupus psoriasis, Crohn disease, and, rarely, in the management of multiple sclerosis (MS). High-dose methotrexate exposure is associated with both fetal abnormalities and spontaneous abortions.7 In some cases, even once-weekly low doses of methotrexate have been linked to embryopathy.8 Following the abortion ban, the Arthritis Foundation reports that many patients have found their access to methotrexate severely restricted.9

Furthermore, in a climate of abortion prosecutions, neurologists may feel the need to alter their standards of care and restrict the use of these otherwise effective medications. This threatens patients with poorer health outcomes and the accumulation of irreversible disability.

When discussing reproductive health, neurologists will assess the impact pregnancy can have on their patient’s disease progression. For example, patients with MS who are pregnant or intend to conceive are advised to discontinue teratogenic disease-modifying therapies such as fingolimod and adopt less effective medications. However, fingolimod discontinuation can lead to a severe rebound in MS symptoms and long-lasting inflammatory syndrome.10

In some cases, by restricting access to abortions, the law has forced health care professionals to pit maternal health against fetal health. Patients who develop severe eclampsia or eclampsia syndrome are typically advised to undergo abortion prior to 24 weeks gestation.11 Even in states that have exemptions for “life of the mother,” the vague language of these laws has barred health care professionals from making good faith judgements about what emergencies qualify for an exemption.12

The mental health impact of abortion restrictions on patients with neurologic conditions should also not be ignored. Although proponents of anti-abortion laws have often argued for the adverse psychological impact of abortions, scientific evidence has consistently demonstrated worse mental health outcomes in women who were denied an abortion, compared to women who had undergone abortions.13

There is also the issue of unplanned pregnancies when patients with neurologic disorders may be inadvertently exposed to teratogenic substances. In fact, some anti-epileptic medications can interact with contraceptives and lower their effectiveness.14 Forcing women to carry non-viable fetuses with birth defects such as anencephaly to term can also be incredibly traumatizing to the mother.

“Having a chronic neurologic illness is already stressful, and adding in unnecessary restrictions on medications, or not being able to get medications filled at all (as some have experienced with methotrexate), adds even more stress and anxiety to their health care,” Dr Nath emphasized.

Restrictions in abortion access may affect patients with neurologic disorders differently according to race, ethnicity, and income levels. The majority of patients seeking abortions in the US are typically from poor or low-income communities.15 Minority ethnic and socioeconomically disadvantaged communities already bear a disproportionate burden of neurologic disorders.16 The abortion ban will worsen this burden as many disadvantaged communities may not have the resources to make reproductive choices.

“I am most worried about the effects of these restrictions on intellectually disabled girls and teenagers,” said Dr Nath. “As a pediatric neurologist, I have cared for many young people with intellectual disabilities. We know that girls with intellectual impairments are at a higher risk of grooming and sexual assault. Pregnancy can be incredibly traumatizing for these patients.”

What Neurologists Can Do

The Roe vs Wade reversal has impeded the autonomy of both the patient and the clinician. The decision has prevented women from making informed choices about continuing a pregnancy and neurologists have lost the autonomy to make evidence-based, safe and effective clinical decisions that prioritize the health of the patient.

As a result, neurologists are required to consider medications and their teratogenic risk more carefully in women of reproductive age. Teratogenic risk management programs may need to be developed that include contingency measures for unplanned pregnancies.17 “Even before the reversal of Roe vs Wade, counseling patients on contraception has been a vital part of the neurologist’s role,” said Dr Nath. “Now, we must work with our patients to discuss the potential risks of neurologic medications and chart a plan based on family planning goals.”

The Roe vs Wade reversal has challenged the ethical foundation of clinical practice wherein patients’ interests come first. In turn, this will have a far-reaching impact on health care equities in the US. Although the abortion ban does not appear immediately relevant to the field of neurology, neurologic care has been irrefutably affected. Perhaps these restrictions will serve as a wake-up call to neurologists to take a more active role in advocacy and ensure patient voices are being heard at the table of legislators.

Finding Structure in the Brain’s Static