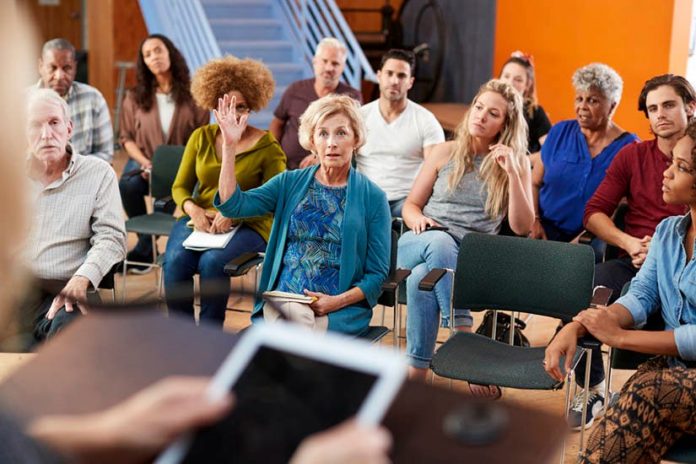 Last year I watched how Kevin Fitts achieved a major victory for peers in Oregon.  He did something that went beyond well-founded criticism of the mental health system.  He succeeded in getting $6 million over two years in order to create four peer respite programs in four areas of the state.  The Oregon Mental Health Consumers Association, a nonprofit 501c3 for which Kevin works as their lobbyist, was the author of the Peer Respite Bill.  This success was the result of a sophisticated approach to system change and achieved by the initiative of Kevin’s work with state legislators as a person with lived experience.

It led me to think about what could happen if many more than one could work in concert using what I have learned from Kevin’s remarkable efforts, as well as what I have learned from my years working within the system, dealing with program and policy changes, budgets and working with the state legislature and local elected officials and policy makers.

I believe that with the initiation of the highly touted 988 crisis call number system change it is even more critical to advocate now more than ever.  Rob Wipond, Keris Myrick, Shelby Towe, and others have called attention to the likely violations of civil rights with this new way of handling crises, which is under way in all communities in the United States.  The medical paradigm of the system is not changing.  In fact it will be reinforced.  I believe it will result in more people being started on psychiatric drugs, being told they have chemical imbalances for which the medications are the answer, and that they will need to take these in order to stay stable.  (Those who choose to use medications should be fully informed of how they are supposed to help, the risks involved, and the likely benefits, for short, mid- and long-term use.)

To minimize these kinds of results will require the kind of sophisticated advocacy we saw in Oregon this past year.  I offer the following 20 suggestions for advocates who want to get something done and not just vent their quite justifiable criticisms of the way mental health services have been organized historically and are still structured, delivered, and reinforced by 988.  The timing will give us a perfect opportunity if we take it.

These suggestions are offered without claiming they cover every possible effort to make system changes.  But they are an attempt to give advocates a head start and ideas for steps that otherwise may not have been readily available.  System change is never simple, nor is every system changeable.  Many will and should continue to raise objections to reforming what can be viewed as a hopelessly flawed world of mental health.  But the kind of changes led by Kevin Fitts and his allies are going to offer choices where there have too rarely not been choices before.  That seems to be a bedrock principle to me.

Pandemic Taking A Toll on Those With Eating Disorders