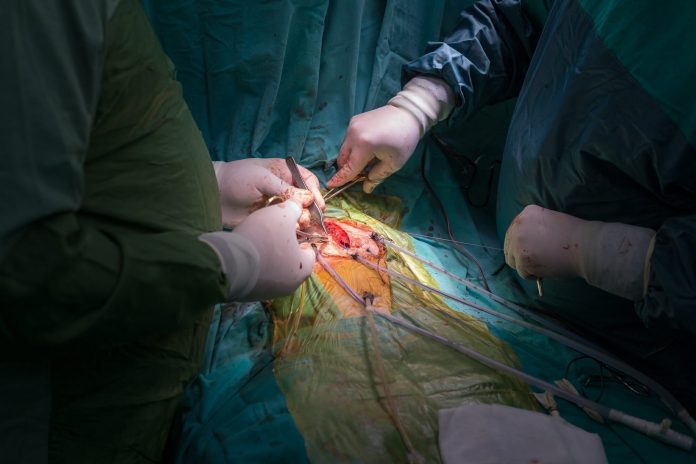 Stroke prevention strategy among patients with atrial fibrillation (AF) has focused on anticoagulation. Oral anticoagulants, including warfarin and direct oral anticoagulants (DOACs), come with the tradeoff of a higher bleeding risk but a lower risk for ischemic stroke. The potential of nonpharmacological therapies, like left atrial appendage occlusion (LAAO), has been considered among patients with AF who have a higher bleeding risk but a low-to-moderate stroke risk.

The reduction in intracranial hemorrhage and major bleeding has made LAAO a potential alternative to anticoagulation. In a 2014 clinical trial (PROTECT AF; ClinicalTrials.gov Identifier: NCT00129545) published in JAMA,1 percutaneous LAAO was noninferior and superior for preventing combined outcome of stroke, systemic embolism, and cardiovascular death compared with warfarin in patients with nonvalvular AF. Moreover, it showed superiority for cardiovascular and all-cause mortality compared with warfarin. Despite its overall clinical benefit compared with warfarin and DOACs, LAAO comes with concerns over increased ischemic stroke and iatrogenic risks.

In a separate randomized clinical trial (LAAOS III; ClinicalTrials.gov Identifier: NCT01561651) published in the New England Journal of Medicine,2 patients with AF who underwent cardiac surgery for another indication, and continued to receive ongoing antithrombotic therapy, saw a lower risk for ischemic stroke or systemic embolism with LAAO when performed during surgery compared with those who did not undergo LAAO. The trial was stopped early due to the strength of the observed benefits of LAAO. Yet, because it did not directly compare oral anticoagulation with LAAO, it’s uncertain whether LAAO can replace anticoagulation.

In a subset of patients with AF with higher bleeding risk and low-to-moderate stroke risk, LAAO was found to provide a clinical benefit compared with anticoagulants, according to an August 2022 study published in the Annals Journal of Medicine.3

The development of LAAO provided these patients a potential alternative to anticoagulation — substantially decreased bleeding risk, with comparable stroke prevention as anticoagulation.

Since data on the preferred stroke prevention strategy for patients with AF is scarce, we spoke with Derek S. Chew, MD, MSc, author of the Ann Int Med study and a cardiac electrophysiologist at Libin Cardiovascular Institute, University of Calgary, Alberta, Canada. Dr Chew and his colleagues used a decision analysis Markov model to assess the risk-benefit tradeoffs between LAAO and oral anticoagulants based on a patient’s stroke and bleeding risk.

In their analysis, researchers simulated a virtual clinical trial to compare 2 stroke prevention strategies (LAAO and oral anticoagulation with either warfarin or a DOAC) in 70-year-old women and men with nonvalvular AF and without prior stroke. Patients were followed over a lifetime horizon. To assess differences in quality of life and life expectancy with and without prior stroke, the researchers used categories of health states on functional status, ranging from asymptomatic to death as classified by the modified Rankin scale (0 to 6). They also measured prior bleeding at baseline using HAS-BLED score of at least 1 (prior major bleeding is equal to 1 point) in patients with AF taking anticoagulants.

The primary endpoint of the study was clinical benefit, measured in quality-adjusted life-years, which is the cumulative survival duration in each health state.

Dr Chew and his colleagues found that baseline risks for stroke and bleeding determined whether LAAO was preferred over oral anticoagulants.

For example, patients with a HAS-BLED score of 5 favored LAAO in 80% of model simulations for CHA2DS2-VAScscores between 2 and 5, the researchers noted.3 The point-based system, CHA2DS2-VASc, is used as a stroke risk assessment tool for patients with AF (score of 0 is “low” stroke risk, 1 is “moderate”, and > 1 is “high” risk.)

In patients with a low bleeding risk with HAS-BLED scores of 0 or 1, the likelihood that LAAO would lead to more quality-adjusted life-years compared with oral anticoagulation in at least 80% of model simulations was only more favorable in patients with low stroke risk with a CHA2DS2-VASc score of 2 or lower. This subset of patients with low bleeding risk and high stroke risk may benefit more from DOACs because they’re associated with less bleeding compared with warfarin, and provide a clearer net benefit than LAAO.

In a sensitivity analysis, the results were similar when ORBIT bleeding score, which predicts bleeding risk among patients on anticoagulation for AF, was used instead of the HAS-BLED score.

A major limitation of the study included relying on clinical data from only 1 LAAO device manufacturer, Boston Scientific, meaning the findings cannot be applied to other types of LAAO devices.

The findings are significant and provide further insight into how LAAO could be a potential alternative to oral anticoagulants in stroke prevention in patients with AF with higher bleeding risk.

In an interview with Dr Chew, we sought to better understand a clinician’s thought process in choosing between LAAO vs oral anticoagulants when treating patients with AF, and how this study could help better inform clinical strategy for stroke prevention.

Why does LAAO seem more favorable for patients at low risk for stroke but high risk for bleeding?

So, the main mechanism of benefit of LAAO is reduction in bleeding risk, so patients at highest bleeding risk would benefit with low-to-moderate stroke risk. Now, for those at the highest stroke risk, anticoagulation makes sense as the superior agent than a mechanical occlusion device.

When discussing risk-benefit for stroke prevention treatment options in those with intermediate bleeding risk, what would you advise your colleagues?

Dr Chew: In this intermediate grey zone, there is no obvious choice (as our study demonstrates with intermediate bleeding-stroke risk profiles). The study highlights the importance of shared decision-making to weigh the balance of bleeding and stroke risks. It also illustrates the tradeoffs and relative benefits of each strategy with increase bleeding and increase stroke risk.

What should future research focus on when it comes to LAAO vs DOACs for reducing stroke and bleeding risk?

Dr Chew: I think that our understanding of the relative benefits of LAAO vs anticoagulation will continue to evolve. On one hand, DOACs offer a safer bleeding profile compared to warfarin with superior stroke prevention depending on the dose. However, LAAO technology continues to improve and evolve. Future studies should continue to evaluate the efficacy and safety of next-generation LAAO technology that compares the current benchmark for anticoagulation DOAC (and possibly oral factor XIa inhibitors in the future).

The Ideology of Human Supremacy

A Diagnosis and Its Damages: Orna Ophir’s “Schizophrenia: An Unfinished History”