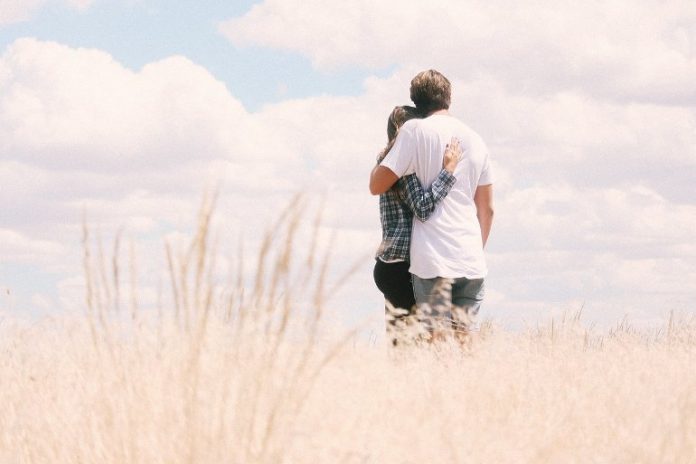 Summary: A neural pathway that leads directly from the thalamus to the hypothalamus plays a critical role in processing touch information, a new study reveals.

Touch plays an important role in social behavior. A kind gesture, a hug, a pat on the back strengthens our social relations. But what happens in our brain as a result of touch?

In their latest study, published in the scientific journal Current Biology, the researchers of the Institute of Biology at the Faculty of Science at Eötvös Loránd University described the role of a novel neural pathway in the brain.

Social behavior requires complex sensory inputs involving several senses, e.g. touch, sight, hearing, smell. Psychologists, but also instinctively the everyday person, know the importance of touch, for example, the calming effect of the hugs and caresses of our loved ones and friends.

The physical contact of touch is also important in social relations, just think of the grooming behavior of monkeys, or an appreciative pat on the back.

Neurobiologists have already identified that the information acquired through touch is relayed in the thalamus of ​​the brain and becomes conscious in the cerebral cortex, but at the same time, it has been suggested that the brain learns about the stimuli coming from our peers in another way, since the pleasant feeling appears even without awareness.

In order to learn about the mechanism of touch without consciousness, a study led by Árpád Dobolyi, a professor at Eötvös Loránd University, was completed, in which Semmelweis University, the Institute for Experimental Medicine, and the University of Heidelberg also participated. The first author was David Keller, PhD student of Árpád Dobolyi.

During their research, they pointed out that the neural pathway leading directly from the thalamus to the hypothalamus plays an important role in the processing of touch information, and this pathway uses the parathyroid hormone 2 neuropeptide (PTH2) as a neurotransmitter.

“The research showed that tactile stimuli coming from conspecifics are processed in the brain in a different way than stimuli created by inanimate objects. The two pathways separate in the area of the thalamus.

“The brain mechanisms activated by conspecifics also directly reach the hypothalamic regions responsible for the triggering of behavioural, hormonal and vegetative responses, as well as the feeling of reward” – said Árpád Dobolyi, head of the research at the Department of Physiology and Neurobiology, ELTE Institute of Biology.

WHAT HAPPENS IN OUR BRAINS WHEN WE ARE TOUCHED?

The researchers modeled social contact of female rats who were littermates. The hypothalamus, located in the lower part of the brain, under the thalamus, is the main regulatory center for the social behavior in rodents, because in this species the role of the cerebral cortex is not dominant. At the same time, the hypothalamus probably also plays a role in regulating instinctive behaviors in humans. However, it is not known how information necessary for social behavior arrives in the hypothalamus.

According to the hypothesis of the research, the ascending sensory pathway carrying information about social touch reaches the hypothalamus from the thalamus without relay in the cerebral cortex. This thalamo-hypothalamic neural pathway was previously unknown. At the same time, such an input can directly trigger hypothalamic-controlled hormonal and autonomic changes.

As a first step, the researchers showed that neurons in a hitherto little-known area of the thalamus are selectively activated in response to social contact. Then, the activity of these neurons was experimentally increased or decreased using chemogenetic methods based on viral gene transfer.

It was found that these thalamic neurons facilitate friendly social interactions between experimental rats of the same sex, which involve direct, i.e., physical contact. They then described the outputs of the studied thalamic nucleus and found that the neurons of the nucleus project most to the anterior part of the hypothalamus, the so-called preoptic area.

AFTER DISCOVERING THE NEURAL PATHWAYS, THEY TURNED TO THE MOLECULAR MECHANISMS

The researchers further proved that the experimental manipulation of the activity of the thalamo-hypothalamic neural pathway also determines how much the animals interact with each other. So this neural pathway plays an important role in the processing of information associated with contact. After that, the information-carrying molecules in the neural pathway, the so-called neurotransmitters, were examined. Neuropeptide transmitters play multiple roles in the neuronal networks responsible for social relationships.

Oxytocin is a prosocial neuropeptide known to promote social interactions, including social contact in rodents.

Other neuropeptides have been shown to play a crucial role in the behavioral response to chronic social isolation.

The parathormone-like neuropeptide (PTH2) has recently been shown to sense the presence of conspecifics in zebrafish through the mechanoreceptors of the lateral line organ. Surprisingly, the PTH2 neuropeptide was only present in those neurons of the thalamus that were activated during social interaction.

Moreover, the level of PTH2 in these neurons decreased when the animals were separated from each other. In further experiments, the researchers showed that PTH2 stimulates neurons located in the preoptic area of the hypothalamus. However, when PTH2 was experimentally prevented from binding to its receptors in the preoptic area, physical contact between the animals ceased.

This proved that the PTH2 peptide neurotransmitter transmits important social behavior-determining inputs to the preoptic area from the thalamus. Finally, the researchers showed a similarity in the anatomical structure of the thalamo-hypothalamic neural pathway and the distribution of the PTH2 receptor between the rat and human brains.

“This discovery may also be important in the future for treatment of psychological diseases, as the avoidance of physical contact is an inherent part of many diseases. If we know these neural pathways and mechanisms, in the long term we can better understand why the avoidance of physical contact develops, and possibly prevent these processes and influence them favorably for the individual.

Of course, this is still a distant future, but with the research we have come closer to understanding how our brain and thus our body reacts to touch, which brain areas are activated when we are touched,” Árpád Dobolyi, head of the research at the Department of Physiology and Neurobiology, ELTE Institute of Biology, summarized the results.

Social touch is an essential component of communication. Little is known about the underlying pathways and mechanisms. Here, we discovered a novel neuronal pathway from the posterior intralaminar thalamic nucleus (PIL) to the medial preoptic area (MPOA) involved in the control of social grooming.

We found that the neurons in the PIL and MPOA were naturally activated by physical contact between female rats and also by the chemogenetic stimulation of PIL neurons. The activity-dependent tagging of PIL neurons was performed in rats experiencing physical social contact.

Finally, we showed a similarity in the anatomical organization of the PIL and the distribution of the PTH2 receptor in the MPOA between the rat and human brain. We propose that the discovered neuronal pathway facilitates physical contact with conspecifics.