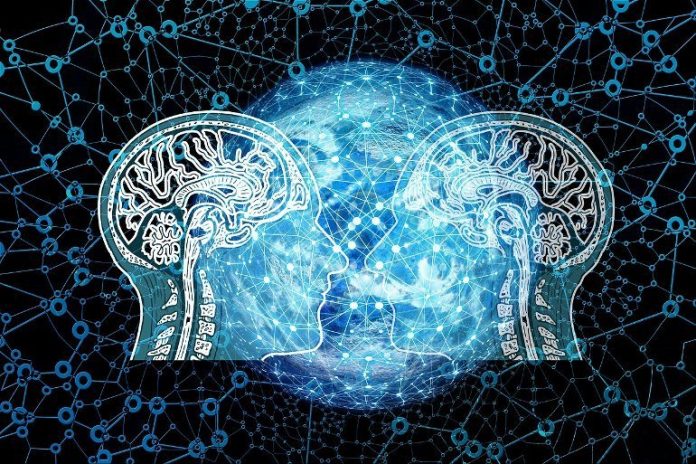 Summary: Study finds subtle variations in the functional organization of the left and right hemispheres of the brain.

At first glance, the human body looks symmetrical: two arms, two legs, two eyes, two ears, even the nose and mouth appear to be mirrored on an imaginary axis dividing the faces of most people. And finally, the brain: it is divided into two halves that are roughly the same size, and the furrows and bulges also follow a similar pattern.

But the first impression is deceptive: the different brain regions have subtle yet functionally relevant differences between the left and right sides. The two hemispheres are specialized for different functions. Spatial attention, for example, is predominantly processed in the right hemisphere in most people, while language is largely processed in the left. This way, work can be distributed more effectively to both halves and thus the range of tasks is expanded overall.

But this so-called lateralization, the tendency for brain regions to process certain functions more in the left or right hemisphere, varies from person to person. And not only in the minority whose brains are specialized mirror-inverted compared to the majority. Even people with classically arranged brains differ in how pronounced their asymmetry is.

Earlier studies had shown that this, in turn, can also affect the functions themselves. For example, a lack of left asymmetry of certain language areas is observed in dyslexia. Insufficient brain lateralization also seems to play a role in diseases such as schizophrenia and autism spectrum disorders or in hyperactivity in children.

Until now, however, it hasn’t been clear how much brain asymmetry variance, across individuals, is heritable and how much is due to different demands? Furthermore, are similar features of brain asymmetry also present in monkeys?

Scientists at the Max Planck Institute for Human Cognitive and Brain Sciences (MPI CBS) and Forschungszentrum Juelich (FZJ) have now investigated the asymmetry of functional gradients, describing axes of smooth variations of brain function across the cortex. They found that there are subtle variations in the functional organization of brain regions on the left and right side of the brain.

The researchers also found that individual differences in these functional arrangements were heritable, meaning that they are partly influenced by genetic factors. At the same time, a large portion of this asymmetry in human brains could not be accounted for by genetic factors. This means some asymmetry is influenced, at least in part, by the person’s experience.

In addition, the team found that human brains are more asymmetric than those of monkeys. “It is likely that the observed functional asymmetry reflects the interplay of both genetic and non-genetic effects derived from personal experiences,” explains Bin Wan, Ph.D. student at MPI CBS and lead author of the study now published in the journal eLife. Indeed, in older people, they observed reduced rightward asymmetry, suggesting subtle variation across the lifespan.

“We want to understand why subtle differences between the left and right hemispheres are relevant for language and attention, and implicated in various developmental disorders,” explains Sofie Valk, head of the study and the Cognitive Neurogenetics research group at MPI CBS.

“If we understand the heritability of the asymmetry, this would be an initial step towards understanding the role of genetic and environmental factors in shaping this trait. We may eventually be able to figure out where something goes wrong when the difference between left and right is disturbed.”

The researchers investigated these connections using two databases, one containing human brain scans, including twins, and the other containing brain scans of 19 macaque monkeys. By comparing monozygotic twins, dizygotic twins, and unrelated individuals, they were able to determine how siblings differ from each other, and therefore, what is not genetically determined but due to environmental influences.

In turn, the comparison with macaques made it clear where differences between humans and monkeys lie and which have arisen through evolution. The scientists calculated these differences with the help of so-called low-dimensional, functional brain connectivity organization. This reveals the degree to which separate brain regions can work together.

The researchers computed this organizational feature in each hemisphere and then calculated the asymmetry index by subtracting right from left.

The human cerebral cortex is symmetrically organized along large-scale axes but also presents inter-hemispheric differences in structure and function. The quantified contralateral homologous difference, that is asymmetry, is a key feature of the human brain left-right axis supporting functional processes, such as language.

Here, we assessed whether the asymmetry of cortical functional organization is heritable and phylogenetically conserved between humans and macaques.

These asymmetries were heritable in humans and showed a similar spatial distribution with macaques, in the case of intra-hemispheric asymmetry of functional hierarchy. This suggests (phylo)genetic conservation. However, both language and frontoparietal networks showed a qualitatively larger asymmetry in humans relative to macaques.