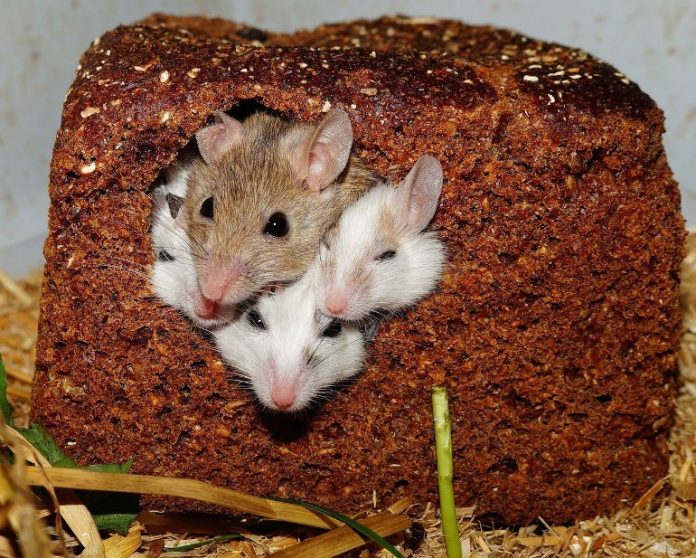 Summary: Food insecurity has lasting effects on both behavior and brain function in mice. Mice who grew up with food insecurity were more flexible in uncertain situations.

While food insecurity is a problem for a growing segment of the U.S. population—made even worse by the coronavirus pandemic—few studies have looked at the effect that feast or famine has on the developing brain in isolation from other factors that contribute to adversity.

A new study by neuroscientists at the University of California, Berkeley, simulated the effects of food insecurity in juvenile mice and found lasting changes later in life.

“We show that irregular access to food in the late juvenile and early adolescent period affects learning, decision-making and dopamine neurons in adulthood,” said Linda Wilbrecht, UC Berkeley professor of psychology and member of the Helen Wills Neuroscience Institute.

One key difference in behavior involved cognitive flexibility: the ability to generate new solutions when the world changes.

“Mice searching for rewards might be inflexible, sticking to only one strategy even when it no longer yields a reward, or they might be flexible and quickly try out new strategies. We found that the stability of the food supply mice had when they were young governed how flexible they were under different conditions when they were grown up,” she said.

Epidemiological studies have linked food insecurity in children and adolescents with weight gain in later life, as well as learning problems and lower scores in mathematics, reading and vocabulary. But these studies are confounded by other poverty-related issues, such as maternal depression and environmental stressors.

The new study was designed to look at the developmental and behavioral impacts of food insecurity in a controlled setting not possible using human subjects.

The study has implications for humans. Policymakers acknowledge the importance of good nutrition in early childhood through high school, with federally-funded free or reduced-price breakfast and lunch programs available in schools throughout the United States.

But there may be times when kids cannot access food programs, such as during summer vacation. Programs may also inadvertently create a feast and famine cycle when benefits are distributed with weeks between payments, potentially leaving impoverished families unable to afford food at the end of each payment cycle. According to a recent report from the U.S. Department of Agriculture, 6.2% of households with children—2.3 million households total—were food insecure in 2021.

“I think that we have to understand that even transient food insecurity matters, the brain doesn’t just catch up later. Food insecurity can have long-term impacts on how someone’s brain functions,” Wilbrecht said.

“Feeding and benefits programs exist, and we can make them better by making access to benefits or food more reliable and consistent. Supporting brain development is a good reason to support food programs.”

The research, conducted with UC Berkeley faculty members Helen Bateup, Stephan Lammel and their lab colleagues, will appear in an upcoming print edition of the journal Current Biology. It was posted online July 20.

This food regimen began a week before puberty onset in mice, equivalent to late childhood in humans, and continued for 20 days through the equivalent of late teen ages in mice. Another group of mice was offered food whenever they wanted it.

They then tested cognition in adulthood using foraging tasks where mice searched a changing environment for rewards. For example, a behavior—in this case, learning which odor led to the Honey Nut Cheerios—might be successful for a short time, but not forever. A second odor now predicted where the reward was hidden.

“You would have to test in the field to see how these different flexibility profiles affect survival,” she said. “The findings are nuanced, but hopeful, because we identify both gain and loss of function in learning and decision-making that are wrought by experience of scarcity.”

While the effect of food insecurity on cognition in male mice was robust, female mice showed no effect on cognition.

“This is one of the most robust behavioral effects we’ve ever seen when we’ve been modeling adversity,” Wilbrecht said.

Food insecurity had other decidedly negative effects in female mice, however. Those females who were food insecure when growing up tended to become overweight when given unrestricted food in adulthood, something mirrored in humans who’ve grown up with food insecurity. Male mice showed no such effect.

Doctoral student Wan Chen Lin and researchers in the Bateup and Lammel labs also looked at the brain’s reward network, which is governed by the neurotransmitter dopamine, and found changes there, as well, in male mice.

“We found that the neurons in the dopamine system, which is critical for learning, decision- making and reward-related behaviors, like addiction, were significantly altered in both their inputs and their outputs,” Wilbrecht said. “It suggests there are more broadscale changes in the learning and decision-making systems in the brain.”

For example, the researchers saw changes in the synapses of dopamine neurons that project to the nucleus accumbens and also found changes in dopamine release in the dorsal striatum. These dopamine neurons have been shown to play a role in learning and decision-making in numerous other studies.

The researchers are continuing their studies of food-insecure mice to determine if they are more susceptible as adults to addictive behaviors, which are associated with the dopamine network.

A major challenge for neuroscience, public health, and evolutionary biology is to understand the effects of scarcity and uncertainty on the developing brain. Currently, a significant fraction of children and adolescents worldwide experience insecure access to food.

The goal of our work was to test in mice whether the transient experience of insecure versus secure access to food during the juvenile-adolescent period produced lasting differences in learning, decision-making, and the dopamine system in adulthood.

We manipulated feeding schedules in mice from postnatal day (P)21 to P40 as food insecure or ad libitum and found that when tested in adulthood (after P60), males with different developmental feeding history showed significant differences in multiple metrics of cognitive flexibility in learning and decision-making.

Adult females with different developmental feeding history showed no differences in cognitive flexibility but did show significant differences in adult weight. We next applied reinforcement learning models to these behavioral data.

The best fit models suggested that in males, developmental feeding history altered how mice updated their behavior after negative outcomes. This effect was sensitive to task context and reward contingencies.

Consistent with these results, in males, we found that the two feeding history groups showed significant differences in the AMPAR/NMDAR ratio of excitatory synapses on nucleus-accumbens-projecting midbrain dopamine neurons and evoked dopamine release in dorsal striatal targets.

Together, these data show in a rodent model that transient differences in feeding history in the juvenile-adolescent period can have significant impacts on adult weight, learning, decision-making, and dopamine neurobiology.

Why Low Oxygen Damages the Brain