It’s sometimes tempting, despite the current administration, for U.S. drug policy reform advocates to imagine that the dramatic change in public attitudes of recent years is ubiquitous. That’s a big mistake, because so many of those who hold the power to inflict harm—in the Department of Justice, but also right down through local law enforcement ranks—remain rooted in an antiquated drug-war mentality.

We must push back at law enforcement officials who still argue that increasing prosecutions will drive down drug use and overdose. Because while the drug warriors are losing ground on cannabis legalization, they are setting their sights on opioids and other areas—stigmatizing drug users, attacking those who recognize criminalization has failed, and undermining initiatives proven to reduce harms.

. . . Research shows that prohibition has limited, if any, deterrence value. One study showed recidivism rates for drug offenders at 76.9 percent within five years of release; another found 66.7 percent were rearrested within three years. Many more indicate that an emphasis on prosecution does not stop drug use, manufacturing or sales.

Even more than the research, my personal experiences brought me to this conclusion. I watched my brother struggle with addiction—but also with stigmatization and criminalization—throughout his life, until he suffered a fatal overdose.

My professional experiences, working in law enforcement on gangs and narcotics, led me eventually in the same direction. As a cop who cares deeply about human rights and the future of policing, it pains me to see attitudes like those expressed at the top of this article still prevalent in law enforcement ranks, when better leadership could be transformative.

. . . The US drug-warrior mentality reflects many troubling things, but what strikes me the most is its lack of compassion for people who use drugs and their families. Law enforcement culture, led from the top, continues to lean on stigma and tropes to vilify people who use drugs or have substance use disorders, families who suffer or have lost loved ones to overdose or the prison system, and their advocates.

This comment, taken from an online police forum this summer, is another example of the stigmatizing language and contemptuous attitudes that I have encountered throughout my career:

‘I hate narcan. However im glad I have it in case a child overdoses on his parents stash or another officer or myself get exposed. But i don’t want to use it on a junkie who is just going to get high again and again. A true waste of tax payers dollars.’

And of course these attitudes feed into abuses:

Such sentiments are a direct result of the rhetoric politicians have used ever since the first drug laws were passed in this country . . .

Such group-think results in the dehumanization of our neighbors, our friends and our families—above all in poor communities of color. The drug war endangers us all, including law enforcement. It has resulted in untold deaths from overdose and violence, while stripping resources from programs and strategies that would actually enhance public health, equity and police-community relations.

There is hope. Advocates and institutions are no longer afraid of challenging the power of the federal government. We have facts and science on our side, and we realize that speaking out to combat the lies is essential.

. . . pro-harm reduction attitudes within law enforcement are nothing new. Back in 2010, the police department of Quincy, Massachusetts implemented the use of naloxone by trained officers who were first to arrive at the scene of an overdose. In the process, they transformed the culture of their organization; people whose lives have been saved are now viewed ‘as family members rather than carry the stigmatized, dehumanizing label of drug addict.’

. . . While drug warriors strive to repeat past failures, those of us who demand innovation and positive change must keep pressing to make peace with drugs and the people who use them.” 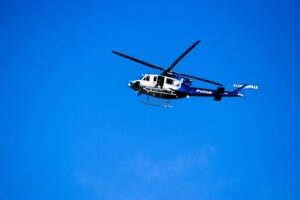 The Answers Are in Our Weak Spots

Even After Long-Term Exposure, Bionic Touch Does Not Remap the Brain

This Fungus Shrinks in Size to Better Infect the Brain