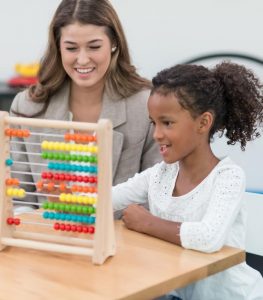 Last updated on September 7, 2022 By MPGteam

Anyone who has been following Applied Behavior Analysis (ABA) in the news as of late will have noticed that there has been a lot of attention around the ethics of ABA. Questions like, “Is ABA abusive?”, “Does ABA reduce the personhood of my child with Autism”, and “Is ABA too harsh?” are peppering Facebook parent groups and pediatrician’s offices alike.  To understand this conversation, one must first have a firm understanding of what ABA is, and what the practice of Punishment means in the ABA world.

ABA stands for Applied Behavioral Analysis. It refers to using scientific behavioral principles to manipulate a learner’s environment to help them gain skills quickly and effectively. ABA therapy, when done well, takes a unique approach to meet every learner’s specific needs, prioritizes caregivers’ goals and concerns, and flexes based on a family’s ability and/or willingness to implement treatment.

Punishment, as defined in the field of ABA, is simply something that happens after a behavior that reduces the likelihood of that behavior happening again. Punishment in these terms happens constantly in all our daily lives. For example, a few months ago I made my daughter slow roasted salmon over a citrus salad, and she told me it was “ahsgusting”. She effectively punished my behavior—I have not again made this meal for her dinner.  In a therapeutic setting, it could mean taking away screen time if a child hits or giving a time-out if a learner begins throwing materials at their siblings.

Rules regarding punishment in ABA

Behavior Analysts have very strict rules about when and why to use punishment. For our earliest learners, punishment is only to be used after attempts at reinforcement have failed. An example would be we might offer a three-year-old a sticker for every five minutes they don’t throw hard objects. If this resolves the object-throwing behavior, there is no need for punishment. We would only consider punishment in this scenario because throwing hard objects can be dangerous to others in the child’s environment. For older learners, punishment might be used more hastily to quickly reduce dangerous behaviors—but always in conjunction with a reinforcement procedure. This could look like a 10-year-old getting a time out if he punches his brother but earning tokens to cash in for a larger prize for every 15 minutes, he has a safe body. In both cases, punishment is only being used because there is a present safety hazard.

Punishment, when implemented ethically and correctly, reduces dangerous behaviors in conjunction with reinforcement procedures. Historically, ABA providers have used punishment in other circumstances, such as to reduce stimming behaviors. As long as the stimming behavior does not present a danger or impediment to a child’s life, there is no need for the behavior to be reduced via punishment. Sometimes, stimming behaviors can be dangerous. For example, if a child is engaging in eye-stimming behavior while crossing the street, they may not see cars coming. An individual who likes to rub fabrics could get in real trouble if they start rubbing strangers on the street. Classic stimming behaviors like flapping or rocking may get in a learner’s way (it’s hard to learn to write or type when one is flapping), but this does not mean these behaviors need to be punished. Rather, finding appropriate times and places to engage in stimming behavior (changing when it happens as opposed to the fact that it does happen), is preferable to punishing something that a child clearly feels they need to do and is not harmful.

Evolving perspective on punishment in the field

This is a relatively new perspective for our field, and I am sure there are many neurodivergent individual today who were treated differently by ABA therapists in the past. Just like other fields, ABA is a constantly growing and evolving form of practice that constantly seeks to improve its ethical and practice standards. Similar to how the field of psychology has undergone similar evolutions from the ethical stumbles of the Zimbardo Prison Experiment, and The Milgram Shock Experiment, the field of ABA has been evolving since the days Ivar Lovaas tried to make children with ASD indistinguishable from their peers.

Ultimately, when ABA is being implemented properly, the impact of punishment is a reduction of the behavior that was being punished. Now, BCBAs may want to think long and hard about if and when punishment is going to be implemented. Providers may want to ask themselves, has my client or their parents expressly consented to this procedure? If not, the impact of the punishment may serve to reduce trust and faith with your client and their family, and our field overall.

Bond Between Mothers and Their Babies Integral to Infant Development