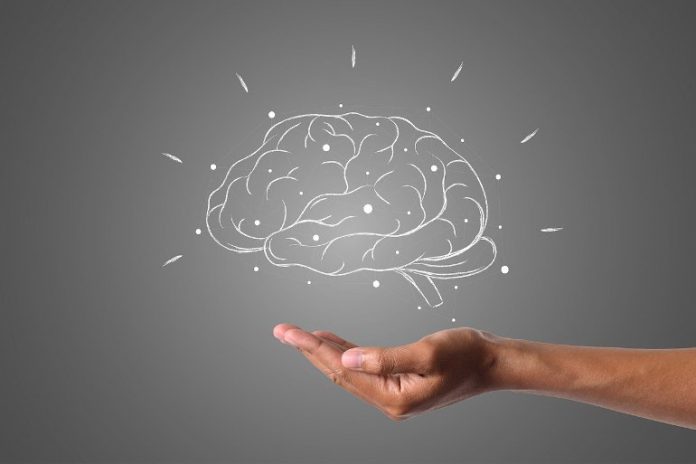 Summary: A new mouse study provides clues as to how the brain processes sensory information from internal organs, revealing feedback from organs activates different clusters of neurons in the brain stem.

Most of us think little of why we feel pleasantly full after eating a big holiday meal, why we start to cough after accidentally inhaling campfire smoke, or why we are hit with sudden nausea after ingesting something toxic. However, such sensations are crucial for survival: they tell us what our bodies need at any given moment so that we can quickly adjust our behavior.

Yet historically, very little research has been devoted to understanding these basic bodily sensations—also known as internal senses—that are generated when the brain receives and interprets input from internal organs.

Now, a team led by researchers at Harvard Medical School has made new strides in understanding the basic biology of internal organ sensing, which involves a complicated cascade of communication between cells inside the body.

In a study conducted in mice and published Aug. 31 in Nature, the team used high-resolution imaging to reveal spatial maps of how neurons in the brain stem respond to feedback from internal organs.

They found that feedback from different organs activates discrete clusters of neurons, regardless of whether this information is mechanical or chemical in nature — and these groups of neurons representing different organs are topographically organized in the brain stem. Moreover, they discovered that inhibition within the brain plays a key role in helping neurons selectively respond to organs.

“Our study reveals the fundamental principles of how different internal organs are represented in the brain stem,” said lead author Chen Ran, research fellow in cell biology at HMS.

The research is only a first step in elucidating how internal organs communicate with the brain. However, if the findings are confirmed in other species, including humans, they could help scientists develop better therapeutic strategies for diseases such as eating disorders, overactive bladder, diabetes, pulmonary disorders, and hypertension that arise when internal sensing goes awry.

“I think understanding how sensory inputs are encoded by the brain is one of the great mysteries of how the brain works,” said senior author Stephen Liberles,  professor of cell biology in the Blavatnik Institute at HMS and an investigator at Howard Hughes Medical Institute. “It gives inroads into understanding how the brain functions to generate perceptions and evoke behaviors.”

For almost a century, scientists have been studying how the brain processes external information to form the basic senses of sight, smell, hearing, taste, and touch that we use to navigate the world. Over time, they have compiled their findings to show how the various sensory areas in the brain are organized to represent different stimuli.

In the mid-1900s, for example, research on touch led scientists to develop the cortical homunculus for the somatosensory system—an illustration that depicts cartoonish body parts draped over the surface of the brain, each part positioned to align with the location where it is processed, and drawn to scale based on sensitivity.

In 1981, Harvard professors David Hubel and Torsten Wiesel won a Nobel Prize for their research on vision, in which they methodically mapped the visual cortex of the brain by recording the electrical activity of individual neurons responding to visual stimuli.

In 2004, another pair of scientists won a Nobel Prize for their studies of the olfactory system, in which they identified hundreds of olfactory receptors and revealed precisely how odor inputs are arranged in the nose and brain.

However, until now, the process by which the brain senses and organizes feedback from internal organs to regulate basic physiological functions such as hunger, satiation, thirst, nausea, pain, breathing, heart rate, and blood pressure has remained mysterious.

“How the brain receives inputs from within the body and how it processes those inputs have been vastly understudied and poorly understood,” Liberles said.

This is perhaps because internal sensing is more complicated than external sensing, Ran added. External senses, he explained, tend to receive information in a single format. Vision, for example, is based entirely on the detection of light.

By contrast, internal organs convey information through mechanical forces, hormones, nutrients, toxins, temperature, and more—each of which can act on multiple organs and translate into multiple physiological responses. Mechanical stretch, for example, signals the need to urinate when it occurs in the bladder, but translates into satiation when it happens in the stomach and triggers a reflex to stop inhalation in the lungs.

A constellation of neurons

In their new study, Liberles, Ran, and colleagues focused on a brain stem region called the nucleus of the solitary tract, or NTS.

The NTS is known to receive sensory information from internal organs via the vagus nerve. It relays this information to higher-order brain regions that regulate physiological responses and generate behaviors. In this way, the NTS serves as an internal sensory gateway for the brain.

The researchers used a powerful technique called two-photon calcium imaging that measures calcium levels in individual neurons in the brain as a proxy for neuronal activity.

The team applied this technique to mice exposed to different types of internal organ stimuli and used a microscope to simultaneously record the responses of thousands of neurons in the NTS over time. The resulting videos show neurons lighting up throughout the NTS, much like stars winking on and off in the night sky.

Traditional imaging techniques, which involve inserting an electrode to record a small group of neurons at a single time point “are like seeing only a couple pixels of an image at a time,” Ran said. “Our technique is like seeing all the pixels at once to reveal the entire image in high resolution.”

The team discovered that stimuli in different internal organs—for example, the stomach versus the larynx—generally activated different clusters of neurons in the NTS. By contrast, the researchers identified several cases in which mechanical and chemical stimuli in the same organ that often evoke the same physiological response (such as coughing or satiation) activated overlapping neurons in the brain stem. These findings suggest that specific groups of neurons may be dedicated to representing particular organs.

Moreover, the researchers found that responses in the NTS were organized as a spatial map, which they dubbed the “visceral homunculus” in a nod to the analogous cortical homunculus developed decades ago.

Finally, the scientists established that signaling from internal organs to the brain stem requires the inhibition of neurons. When they used drugs to block inhibition, neurons in the brain stem began to respond to multiple organs, losing their prior selectivity.

The work lays the foundation for “systematically studying the coding of internal senses throughout the brain,” Ran said.

A foundation for the future

The findings raise many new questions, some of which the HMS team would like to address.

Ran is interested in investigating how the brain stem conveys internal sensory information to higher-order brain regions that produce the resulting sensations, such as hunger, pain, or thirst.

Liberles wants to explore how the internal sensing system works on a molecular level. In particular, he would like to identify the primary sensory receptors that detect mechanical and chemical stimuli within organs.

Another area for future research is how the system is set up during embryonic development. The new findings, Liberles said, suggest that looking at neuron type alone isn’t enough; researchers must also consider where neurons are located in the brain.

“We need to study the interplay between neuron types and their positions to understand how the circuits are wired and what the different cell types do in the context of different circuits,” he said.

Liberles is also interested in how generalizable the findings are to other animals, including humans. While many sensory pathways are conserved across species, he noted, there are also important evolutionary differences. For example, some animals don’t exhibit basic behaviors such as coughing or vomiting.

If confirmed in humans, the research findings could eventually inform the development of better treatments for diseases that arise when the internal sensory system malfunctions.

“Oftentimes these diseases occur because the brain receives abnormal feedback from internal organs,” Ran said. “If we have a good idea of how these signals are differentially encoded in the brain, we may someday be able to figure out how to hijack this system and restore normal function.”

A brainstem map for visceral sensations

Here we developed a two-photon calcium imaging preparation to understand internal organ representations in the nucleus of the solitary tract (NTS), a sensory gateway in the brainstem that receives vagal and other inputs from the body.

Focusing on gut and upper airway stimuli, we observed that individual NTS neurons are tuned to detect signals from particular organs and are topographically organized on the basis of body position. Moreover, some mechanosensory and chemosensory inputs from the same organ converge centrally.

neurosciencestuff: What and where in the processing of…

Birds Got Rhythm, Telling Us Something About How We Form Speech and Movement