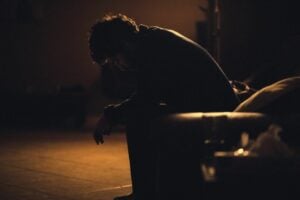 From CounterPunch: “For quite some time now, the standard hatchet used by psychiatry apologists in their attacks on any critic of psychiatry is to include the extraneous fact that the Church of Scientology—a pseudoscientific and secretive institution with a reputation for financially exploiting members and retaliating against former members who speak out against the organization—is a critic of psychiatry. This tactic is similar to the one that was routinely used by the right-wing media on anyone opposing the Vietnam War, which in that case was the inclusion of the fact that the war was opposed by the totalitarian Soviet Union and China.

Moncrieff is not a Scientologist, and Rolling Stone avoids a libel suit by—instead of calling her one—stating: ‘Moncrieff’s work is frequently promoted by an organization called Citizens Commission on Human Rights (CCHR), which touts itself as a “mental health industry watchdog” and was established by the Church of Scientology, which is virulently opposed to psychiatry and medical interventions for mental illness.’

Then, neglecting Moncrieff’s January 2022 Marxist analysis of psychiatry and how it enables neoliberal capitalism, Rolling Stone states: ‘Yet Moncrieff’s views more clearly align with the right on other matters. For instance, much of her work has focused on the question of preserving personal bodily autonomy over the health and welfare of the general populace, as evidenced by one 2014 paper she wrote on the work of the late Thomas Szasz, a controversial psychiatrist who questioned the institution of psychiatry and eventually co-founded the CCHR. (Szasz himself was not a Scientologist).’

In any regard, both the Scientology and ‘bodily autonomy’ issues are completely extraneous and unrelated to Moncrieff’s ‘The Serotonin Theory of Depression: A Systematic Umbrella Review of the Evidence.’ Why the attempt to associate Moncrieff with the right-wing to discredit her for Rolling Stone readers?”