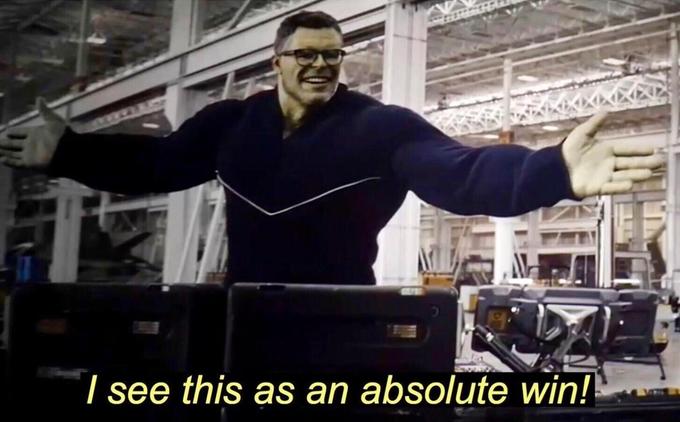 Nothing feels as good as winning. Except maybe just barely losing. With fanfare.

In his 2017 book Irresistible: The Rise of Addictive Technology and the Business of Keeping Us Hooked author Adam Alter describes a tactic that gambling machine manufacturers have used to make people feel like they’ve won something, even when they have netted a loss. Imagine the playing field in a slot machine. In the classic version of the game, you can see three rows of three columns of symbols, but the center row is the only one that matters. If you wager $1 for a spin and get three matching symbols in that row, you win! Otherwise, you lose. Even if there are three “Jackpot!” icons in the top or bottom row.

Now imagine a machine that lets you double your wager to $2 so that it pays out if you get a winning combination in either the top row or the middle one. Or say the machine lets you bet $3 so that you win if any of the three rows is a winner. Some machines take this idea even further, letting you build winning combinations out of any contiguous line of symbols. For example, the cherry in the top row first column, the wildcard in the middle row middle column, and the cherry in the bottom row third column. But the catch is that you have to pay for every “line” you want to play.

And that cost of making all those bets on all those rows can add up to the point where it washes away any single win. Sometimes you’ll get three cherries in a row and that will pay out $2 with a big fanfare. But if you spent $3 to win that $2, you’ve still netted a loss of $1.

But it can still feel a lot like a big win where you get more out than you put in. Even though it’s not. I think this also happens with “story dice” that some gaming systems like the Star Wars RPG use.

Psychologist Mike Dixon and his colleagues call this a “loss disguised as a win” and they did a little experiment to show how it can be equally exciting. They hooked subjects up to machines to monitor their heart rates and skin conductivity, both measures of how excited someone is. Then they had subjects perform the perhaps envious task of playing “Lucky Larry’s Lobstermania,” a virtual slot machine game where players can bet on multiple “lines of play” much like what I just described. Also just like I described, it was frequently the case that betting on many lines in one spin might result in a small win, but the math was such that it netted a loss –a loss disguised as a win given that the game would still celebrate the matchup of three clams or starfish on a play line. For extra incentive, the experimenters told the subjects they would get real money payouts if they got lucky enough with their virtual gambling.

Of course, they found that subjects got excited when they had a loss disguised as a win. Not as much as when they got a win big enough to net them a real gain after the cost of the wager, but consistently more than other losses.

As I said, I can see this effect possibly showing up in tabletop role-playing games as well. One of the things that I love about the Star Wars Roleplaying Game is its dice system. It’s a system that lets the dice focus on storytelling instead of simple, binary success/fail outcomes for an attempted task.

Using this system, players roll up to six types of dice when they want to do something like pilot an X-wing through a debris field or blast a stormtrooper. Three of the dice are “positive” and relate to how good the character is at the attempted task and how advantageous circumstances are for them. The other dice are “negative” and relate to how difficult the task is in that situation and what forces are working against the character. Some results from the “positive” dice can be canceled out by the “negative” dice and vice versa.

Below is a short tutorial of the system if you want to understand it completely, but the idea is that in addition to unambiguously succeeding or failing in an action, players can “succeed with threats” or “fail with advantages.” So, like the gamblers, they can have losses disguised as wins.

A quick example: say that a player shoots at a group of stormtroopers rushing through a blast door. The story dice turn up no successes –the shot goes wide– but they do net an “advantage” result so the missed shot hits the blast door controls, causing them to close halfway and inconvenience the last few stormtroopers still beyond the doorway. Not as big a win as eliminating an enemy, but still a bit satisfying and exciting on balance.

The system has disguised a loss as a win. And the same principles as with the gambler come into play, though in a way that doesn’t cost anyone anything. Maybe that’s why it’s so much more fun than rolling a 20-sided die and reading the simple pass/fail result.

Aging and Brain Health and How to Preserve It: What Experts Know So Far

Our Attention Is Captured by Eye-Glance