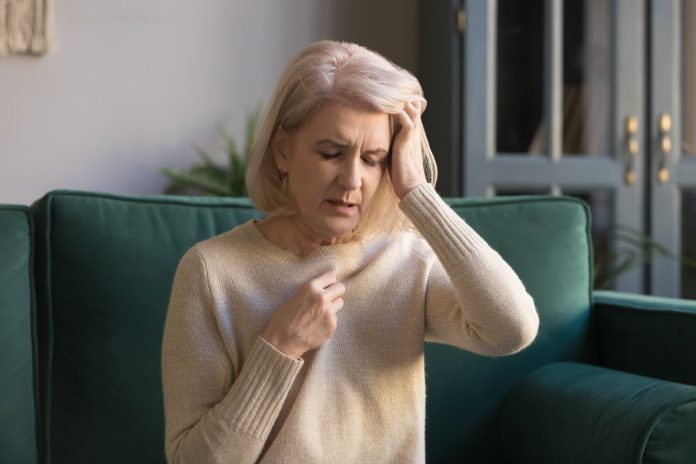 Following menopause, women exhibit a higher burden of white matter hyperintensities (WMHs) than contemporary premenopausal women and men, as well as an increase in WMH, according to study results published in the journal Neurology.

A cross-sectional analysis was conducted among the initial 5000 consecutive participants enrolled in the ongoing, prospective, single-center, population-based Rhineland Study who underwent brain magnetic resonance imaging (MRI). All individuals aged between 30 and 95 years from 2 geographically defined areas in Bonn, Germany, were invited to participate. The only exclusion criterion for study enrollment was insufficient proficiency in the German language or lack of mental capacity to provide singed informed consent.

In the analysis, “sex refers to biological sex, with women being biological female and men biological male at birth,” the researchers explained. Menopause was evaluated as status (ie, yes or no) at baseline examination, which was self-reported. Women were classified as postmenopausal in the following situations:

WMH was automatically quantified with the use of T1-weighted, T2-weighted, and FLAIR MRI scans. WMH was defined as “hyperintense signals in the white matter tracts on T2-weighted images.”

Hypertension was defined as follows:

Diabetes was defined as follows:

Study findings revealed that with increasing age, WMH load increased exponentially, with sex effects changing over the age span (age*sex interaction, P <.001) and sex differences becoming more pronounced after menopause. The effects of age on WMH were stronger among women than among men (95% CI, 0.04-0.05).

Per subgroup analysis, WMH load did not differ in premenopausal women and men up to the age of 59 years, with WMH load increasing linearly with age (95% CI, 0.02-0.03). Postmenopausal women, in contrast, had a higher WMH load compared with men of a similar age. The increase in WMH burden accelerated with age, which differed in men vs women (age*sex interaction, P =.03).

Hormone therapy had no impact on WMH load in postmenopausal women. The researchers stated this suggests that “[hormone therapy] after menopause does not continue this protective effect on the brain.”

Several limitations in the study warrant mention. The baseline questionnaire used did not capture the sex and gender identity of the study participants in sufficient detail to account for the full and diverse patient spectrum. Although biological sex differences in WMH burden were evaluated, gender differences were not taken into account; thus, the study results cannot be generalized to a gender-diverse population.

“Our results demonstrate the necessity to account for different trajectories for men and women, and menopausal status. This further underscores the importance of sex-specific medicine, and the requirement for a more attentive therapy for older/postmenopausal women, especially with advanced vascular risk factors,” the researchers concluded.

We’re Historians of Disability. What We Just Found on eBay Horrified Us.

Synaptic Connectivity of a Novel Cell Population in the Striatum