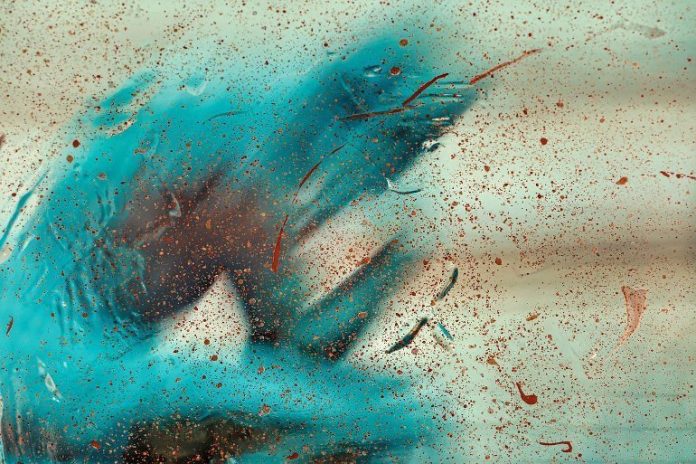 Summary: Genetic variants of the 5-HT2A serotonin receptor may explain why some respond to psychedelic therapies for the treatment of mental health disorders while others don’t.

When all else fails, some patients trying to overcome alcoholism, severe depression or anxiety, and even cluster headaches, turn to psychedelic drugs, which clinical research has shown can help treat individuals with these conditions, sometimes with dramatically positive results. But sometimes, as with any therapy, the psychedelic treatment does not work. It just takes a patient on a long strange trip.

Now, UNC School of Medicine researchers led by Bryan Roth, MD, PhD, the Michael Hooker Distinguished Professor of Pharmacology, report that one reason for treatment disparity could be common genetic variations in one serotonin receptor.

“Based on our study, we expect that patients with different genetic variations will react differently to psychedelic-assisted treatments,” said Roth, who leads the NIH Psychotropic Drug Screening Program.

“We think physicians should consider the genetics of a patient’s serotonin receptors to identify which psychedelic compound is likely to be the most effective treatment in future clinical trials.”

After decades of taboo regarding potential therapeutic benefit of psychotropic drugs, there has been renewed interest and research in using such compounds to treat neuropsychiatric disorders, such as major depression disorder, because the drugs stimulate serotonin receptors in the brain.

These receptors bind the neurotransmitter serotonin and other similar amine-containing molecules, helping regulate people’s mood and emotions, as well as their appetite. In particular, the 5-hydroxytryptamine receptor known as 5-HT2A is responsible for mediating how a person reacts to psychedelic drugs.

However, there are several naturally occurring, random genetic variations, known as single nucleotide polymorphisms, or SNPs, that can affect the function and structure of the 5-HT2A receptor.

Roth and colleagues wanted to explore how variations in this one serotonin receptor changes the activity of four psychedelic therapies.

UNC Graduate student Gavin Schmitz and postdoctoral researchers Manish Jain, PhD, and Samuel Slocum, PhD, used a series of experimental assays to measure the effect that seven different SNPs had on in vitro binding and signaling of the 5-HT2A serotonin receptor when in the presence of one of the four drugs.

Their results indicated that some gene variations – even ones far from the exact location where the drug binds to the receptor – alter the way that the receptor interacts with the psychedelic drugs.

For example, the SNP Ala230Th had decreased response to one of the four drugs (psilocin the active metabolite of psilocybin) while the Ala447Val mutation showed only reduced effects to two of the drugs.

“This is another piece of the puzzle we must know when deciding to prescribe any therapeutic with such dramatic effect aside from the therapeutic effect,” Roth said. “Further research will help us continue to find the best ways to help individual patients.”

About this psychopharmacology and serotonin research news

Serotonin (5-hydroxytryptamine; 5-HT) 2A receptor (5-HT2AR) signaling is essential for the actions of classical psychedelic drugs. In this study, we examined whether sequence variations in the 5-HT2AR gene affect the signaling of four commonly used psychedelic drugs.

We found that these non-synonymous SNPs exert statistically significant, although modest, effects on the efficacy and potency of four therapeutically relevant psychedelics. Significantly, the in vitro pharmacological effects of the SNP drug actions at 5-HT2AR are drug specific.

Multiple Sclerosis Patients With Higher B Cell Counts Found to Have a Better Vaccine...