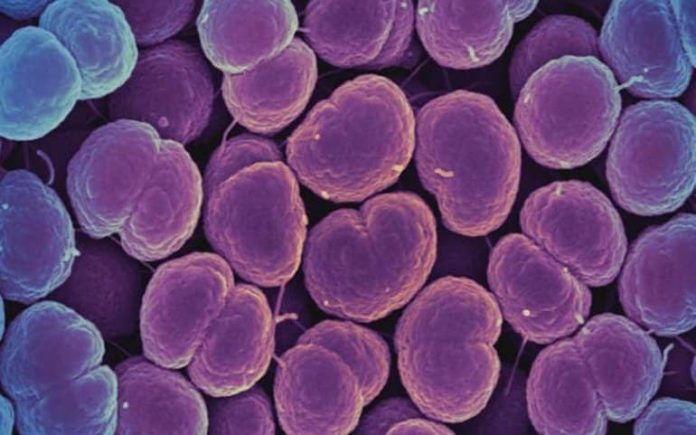 Summary: Researchers have identified a set of genetic mutations that protect against cognitive decline in older adults. A new study suggests the selective pressure from infectious pathogens like gonorrhea may have promoted the emergence of this genetic variance in Homo sapiens.

In a new study, published July 9, 2022 in Molecular Biology and Evolution, they focus on one of these mutated genes and attempt to trace its evolution ⁠— when and why it appeared in the human genome.

The findings suggest selective pressure from infectious pathogens like gonorrhea may have promoted the emergence of this gene variant in Homo sapiens, and inadvertently supported the existence of grandparents in human society.

The biology of most animal species is optimized for reproduction, often at the expense of future health and longer lifespans. In fact, humans are one of the only species known to live well past menopause.

According to the “grandmother hypothesis,” this is because older women provide important support in raising human infants and children, who require more care than the young of other species. Scientists are now trying to understand what features of human biology make this longer-term health possible.

When researchers previously compared human and chimpanzee genomes, they found that humans have a unique version of the gene for CD33, a receptor expressed in immune cells. The standard CD33 receptor binds to a type of sugar called sialic acid that all human cells are coated with. When the immune cell senses the sialic acid via CD33, it recognizes the other cell as part of the body and does not attack it, preventing an autoimmune response.

The CD33 receptor is also expressed in brain immune cells called microglia, where it helps control neuroinflammation. However, microglia also have an important role in clearing away damaged brain cells and amyloid plaques associated with Alzheimer’s disease. By binding to the sialic acids on these cells and plaques, regular CD33 receptors actually suppress this important microglial function and increase the risk of dementia.

This is where the new gene variant comes in. Somewhere along the evolutionary line, humans picked up an additional mutated form of CD33 that is missing the sugar-binding site. The mutated receptor no longer reacts to sialic acids on damaged cells and plaques, allowing the microglia to break them down. Indeed, higher levels of this CD33 variant were independently found to be protective against late-onset Alzheimer’s.

In trying to understand when this gene variant first emerged, co-senior author Ajit Varki, MD, Distinguished Professor of Medicine and Cellular and Molecular Medicine at UC San Diego School of Medicine, and colleagues found evidence of strong positive selection, suggesting something was driving the gene to evolve more rapidly than expected.

They also discovered that this particular version of CD33 was not present in the genomes of Neanderthals or Denisovans, our closest evolutionary relatives.

“For most genes that are different in humans and chimps, Neanderthals usually have the same version as the humans, so this was really surprising to us,” said Varki. “These findings suggest the wisdom and care of healthy grandparents may have been an important evolutionary advantage that we had over other ancient hominin species.”

Varki led the study with Pascal Gagneux, PhD, professor of pathology at UC San Diego School of Medicine and professor in the Department of Anthropology. The authors said the study provides new evidence supporting the grandmother hypothesis.

Still, evolutionary theory says reproductive success is the main driver of genetic selection, not post-reproductive cognitive health. So what was pushing the prevalence of this mutated form of CD33 in humans?

One possibility, suggest the authors, is that highly infectious diseases like gonorrhea, which can be detrimental to reproductive health, might have impacted human evolution. Gonorrhea bacteria coat themselves in the same sugars that CD33 receptors bind to. Like a wolf in sheep’s clothing, the bacteria are able to trick human immune cells to not identify them as outside invaders.

The researchers suggest that the mutated version of CD33 without a sugar-binding site emerged as a human adaptation against such “molecular mimicry” by gonorrhea and other pathogens. Indeed, they confirmed that one of the human-specific mutations was able to completely abolish the interaction between the bacteria and CD33, which would allow immune cells to attack the bacteria again.

Altogether, the authors believe humans initially inherited the mutated form of CD33 to protect against gonorrhea during reproductive age, and this gene variant was later co-opted by the brain for its benefits against dementia.

“It is possible that CD33 is one of many genes selected for their survival advantages against infectious pathogens early in life, but that are then secondarily selected for their protective effects against dementia and other aging-related diseases,” said Gagneux.

Funding: This work was funded by the National Institutes of Health (grant R01GM32373) and the Cure Alzheimer’s Fund.

About this genetics and evolutionary neuroscience research news

We show that human-specific pathogens Neisseria gonorrhoeae and Group B Streptococcus selectively bind huCD33 as part of immune evasive molecular mimicry of host SAMPs and that this binding is significantly impacted by amino acid 21 modification.

In addition to LOAD-protective CD33 alleles, humans harbor derived, population-universal, cognition-protective variants at several other loci. Interestingly, 11 of 13 SNPs in these human genes (including CD33) are not shared by genomes of archaic hominins: Neanderthals and Denisovans.

We present a plausible evolutionary scenario to compile, correlate and comprehend existing knowledge about huCD33-evolution and suggest that grandmothering emerged in humans.

Q&A: Getting the Botox Dose Right for Cervical Dystonia

Air Pollution as a Potential Risk Factor for Epileptic Seizures

How Humans Develop Larger Brains Than Other Apes