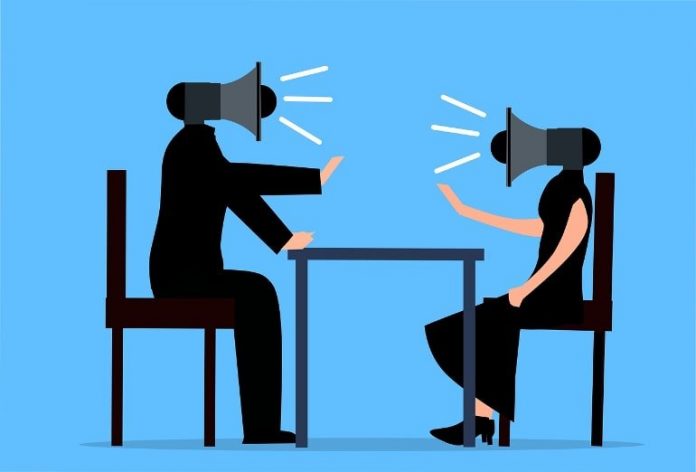 Summary: Researchers identified a new mechanism by which auditory sensitivity is regulated. The mechanism can temporarily reduce sensitivity in the auditory system to protect itself from loud sounds that can cause hearing damage.

A new study published in PNAS highlights a newly identified mechanism of how auditory sensitivity is regulated that could temporarily reduce sensitivity of the auditory system to protect itself from loud sounds that can cause irreversible damage.

The study, led by CU Anschutz researchers Andrew Mecca and Giusy Caprara in the laboratory of Anthony Peng, tested a decades-old hypothesis which proposed that the gating spring, a tiny, nanometer-scale protein structure which mechanically opens and closes an ion channel in sensory hair cell cells in response to sound vibrations, can act directly as a controller of the channel’s activity.

Previous work in the auditory field has focused mostly on understanding mechanisms which target the ion channel. This study provides the first evidence that the gating spring itself has the capacity to modulate the sensitivity of the channel.

“This study documents the first time we understand a mechanism that regulates auditory sensitivity on both the molecular and mechanical levels,” says Peng, Ph.D., associate professor at the University of Colorado School of Medicine and senior author of the study.

“We uncovered a new mechanism of modulating sensitivity, which opens the door to discovering more about how the auditory system functions generally and uses this to both maximize the range of sounds that we can detect and protect the vital sensory cells from potential damage.”

The mechanism discussed in the study works by modifying a physical property of the gating spring, its stiffness, which is responsible for controlling how much the channel opens and closes in response to sound vibrations that enter the inner ear.

“Identifying the underlying mechanism of this process – how it works physiologically and mechanically, provides an avenue for future research and provides an opportunity for the field to develop a new type of drug that can be used to prevent a type of hearing loss that occurs from exposure to very loud sound,” says Peng.

Ultimately, they aim to learn more about how the ear can detect such a large range of sounds and how the system protects itself, and this represents a huge step forward for the field.

Hair cells of the auditory and vestibular systems transform mechanical input into electrical potentials through the mechanoelectrical transduction process (MET). Deflection of the mechanosensory hair bundle increases tension in the gating springs that open MET channels.

Regulation of MET channel sensitivity contributes to the auditory system’s precision, wide dynamic range and, potentially, protection from overexcitation. Modulating the stiffness of the gating spring modulates the sensitivity of the MET process.

Here, we investigated the role of cyclic adenosine monophosphate (cAMP) in rat outer hair cell MET and found that cAMP up-regulation lowers the sensitivity of the channel in a manner consistent with decreasing gating spring stiffness.

Direct measurements of the mechanical properties of the hair bundle confirmed a decrease in gating spring stiffness with cAMP up-regulation. In parallel, we found that prolonged depolarization mirrored the effects of cAMP.

Finally, a limited number of experiments implicate that cAMP activates the exchange protein directly activated by cAMP to mediate the changes in MET sensitivity.

How to become a super memorizer – and what it does to your brain...

Trauma, Trust and Triumph: Psychiatrist Bessel van der Kolk on How to Recover from...

Black People in the Us Twice as Likely to Face Coercion, Unconsented Procedures During...

What is COP26? | School of Psychology blog