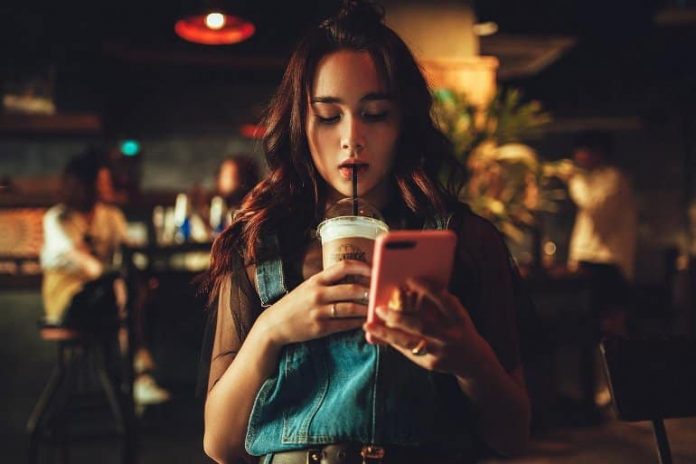 Summary: Consuming a caffeinated drink before shopping was associated with purchasing more items and more time spent in the store.

How does drinking a caffeinated beverage influence shopping behavior? Are customers prone to impulsive purchases after consuming coffee, tea, or soda at retail stores or car dealerships?

These researchers say that “Understanding how and why caffeine consumption influences spending is important since caffeine is one of the most powerful stimulants that is both legal and widely available.”

About 85% of Americans consume at least one caffeinated beverage every day with coffee being the primary source of caffeine, followed by tea and soda. Caffeine is also found in energy drinks, chocolate, and in many over the counter and prescription medications.

The study finds that drinking a caffeinated beverage before shopping leads to more items purchased at the store and increased spending. Their studies also show that the effect of caffeine is stronger for “high hedonic” products such as scented candles, fragrances, décor items, and massagers and weaker for “low hedonic” products such as notebooks, kitchen utensils, and storage baskets.

Several studies have demonstrated that caffeine intake enhances arousal, which is experienced as a state of activation and alertness that can range from extreme drowsiness to extreme excitement.

Prior research has shown that consuming caffeine in the range of 25 mg to 200 mg enhances energetic arousal with practically no effects on tense arousal. This study examines effects of caffeine intake in the range of about 30 mg to 100 mg since most caffeinated beverage servings have caffeine content in this range.

As part of the study, the research team set up an espresso station near the entrance of two different retail stores in two major cities in France and outside a department store in Spain. Upon entry, half of the 300 shoppers were handed a complimentary cup of coffee containing caffeine and the other half offered decaf or water.

“We found that the caffeine group spent significantly more money and bought a higher number of items than those who drank decaf or water,” says the researchers.

Caffeine also impacted the types of items bought at the stores. The group that took in caffeine bought more hedonic (enjoyable/fun) items such as scented candles and fragrances.

However, there was very little difference between the two groups with regard to utilitarian purchases such as utensils and storage baskets. Also, the effects of caffeine on spending hold for those who drink a little over two cups of coffee (or less) daily and is weakened for heavy coffee drinkers.

“Overall, retailers can benefit financially if shoppers consume caffeine before or during shopping and that the effects are stronger for high hedonic products. This is important for retailers to factor in to determine the proportion of hedonic products in their stores. Policy makers may also want to inform consumers about the potential effects of caffeine on spending,” concludes the researchers.

This research can be extended in several directions. Can arousing elements such as loud music influence the effects of caffeine on shopping behavior? It is possible that high levels of arousal

induced by a combination of caffeine and ambient elements can alter shopping behavior. What if shoppers consume coffee along with some food like chocolate cake? Several interesting findings could emerge from research involving caffeine and these variables.

Caffeine is the world’s most popular stimulant and is consumed daily by a significant portion of the world’s population through coffee, tea, soda, and energy drinks. Consumers often shop online and in physical stores immediately after or while consuming caffeine.

This is further facilitated by the increasing prevalence of coffee shops and also with some retail stores having in-store coffee bars and offering complimentary caffeinated beverages. This research examines how caffeine consumption before shopping influences purchase behavior.

The results of a series of experiments conducted in the field (at multiple retail stores across different countries) and in the lab show that consuming a caffeinated (vs. non-caffeinated) beverage before shopping enhances impulsivity in terms of higher number of items purchased and higher spending. This effect is stronger for “high hedonic” products and attenuated for “low hedonic” products.

These findings are important for managers to understand how a seemingly unrelated behavior (i.e., caffeine consumption) in and/or around the store affects spending. From a consumer perspective, while moderate amounts of caffeine consumption have positive health benefits, there can be unintended negative financial consequences of caffeine intake on spending.

What Techs Need to Know About Quantitative EEG