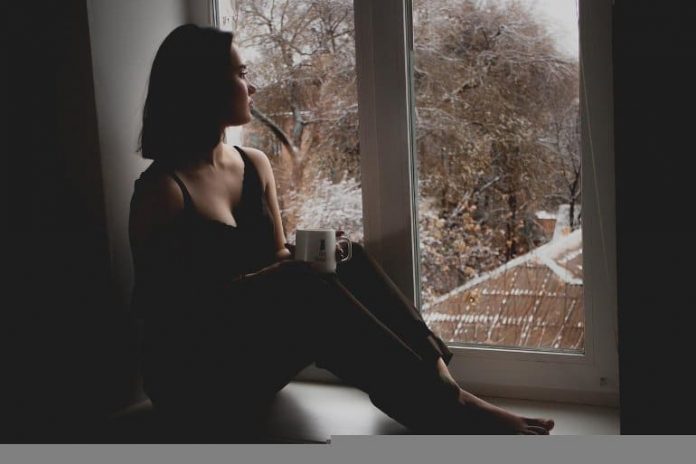 Summary: A new comprehensive review disputes the serotonin theory of depression, reporting there remains no clear evidence that serotonin levels or serotonin activity is responsible for depression.

After decades of study, there remains no clear evidence that serotonin levels or serotonin activity are responsible for depression, according to a major review of prior research led by UCL scientists.

The new umbrella review – an overview of existing meta-analyses and systematic reviews – published in Molecular Psychiatry, suggests that depression is not likely caused by a chemical imbalance, and calls into question what antidepressants do.

Most antidepressants are selective serotonin reuptake inhibitors (SSRIs), which were originally said to work by correcting abnormally low serotonin levels. There is no other accepted pharmacological mechanism by which antidepressants affect the symptoms of depression.

Lead author Professor Joanna Moncrieff, a Professor of Psychiatry at UCL and a consultant psychiatrist at North East London NHS Foundation Trust (NELFT), said: “It is always difficult to prove a negative, but I think we can safely say that after a vast amount of research conducted over several decades, there is no convincing evidence that depression is caused by serotonin abnormalities, particularly by lower levels or reduced activity of serotonin.

“The popularity of the ‘chemical imbalance’ theory of depression has coincided with a huge increase in the use of antidepressants. Prescriptions for antidepressants have risen dramatically since the 1990s, with one in six adults in England and 2% of teenagers now being prescribed an antidepressant in a given year.

“Many people take antidepressants because they have been led to believe their depression has a biochemical cause, but this new research suggests this belief is not grounded in evidence.”

The umbrella review aimed to capture all relevant studies that have been published in the most important fields of research on serotonin and depression. The studies included in the review involved tens of thousands of participants.

Research that compared levels of serotonin and its breakdown products in the blood or brain fluids did not find a difference between people diagnosed with depression and healthy control (comparison) participants.

Research on serotonin receptors and the serotonin transporter, the protein targeted by most antidepressants, found weak and inconsistent evidence suggestive of higher levels of serotonin activity in people with depression. However, the researchers say the findings are likely explained by the use of antidepressants among people diagnosed with depression, since such effects were not reliably ruled out.

The authors also looked at studies where serotonin levels were artificially lowered in hundreds of people by depriving their diets of the amino acid required to make serotonin.

These studies have been cited as demonstrating that a serotonin deficiency is linked to depression. A meta-analysis conducted in 2007 and a sample of recent studies found that lowering serotonin in this way did not produce depression in hundreds of healthy volunteers, however.

There was very weak evidence in a small subgroup of people with a family history of depression, but this only involved 75 participants, and more recent evidence was inconclusive.

Very large studies involving tens of thousands of patients looked at gene variation, including the gene for the serotonin transporter. They found no difference in these genes between people with depression and healthy controls.

A famous early study found a relationship between stressful events, the type of serotonin transporter gene a person had and the chance of depression. But larger, more comprehensive studies suggest this was a false finding.

These findings together led the authors to conclude that there is “no support for the hypothesis that depression is caused by lowered serotonin activity or concentrations.”

The researchers say their findings are important as studies show that as many as 85-90% of the public believes that depression is caused by low serotonin or a chemical imbalance. A growing number of scientists and professional bodies are recognising the chemical imbalance framing as an over-simplification.

There is also evidence that believing that low mood is caused by a chemical imbalance leads people to have a pessimistic outlook on the likelihood of recovery, and the possibility of managing moods without medical help. This is important because most people will meet criteria for anxiety or depression at some point in their lives.

The authors also found evidence from a large meta-analysis that people who used antidepressants had lower levels of serotonin in their blood. They concluded that some evidence was consistent with the possibility that long-term antidepressant use reduces serotonin concentrations.

The researchers say this may imply that the increase in serotonin that some antidepressants produce in the short term could lead to compensatory changes in the brain that produce the opposite effect in the long term.

While the study did not review the efficacy of antidepressants, the authors encourage further research and advice into treatments that might focus instead on managing stressful or traumatic events in people’s lives, such as with psychotherapy, alongside other practices such as exercise or mindfulness, or addressing underlying contributors such as poverty, stress and loneliness.

Professor Moncrieff said: “Our view is that patients should not be told that depression is caused by low serotonin or by a chemical imbalance, and they should not be led to believe that antidepressants work by targeting these unproven abnormalities. We do not understand what antidepressants are doing to the brain exactly, and giving people this sort of misinformation prevents them from making an informed decision about whether to take antidepressants or not.”

Co-author Dr Mark Horowitz, a training psychiatrist and Clinical Research Fellow in Psychiatry at UCL and NELFT, said: “I had been taught that depression was caused by low serotonin in my psychiatry training and had even taught this to students in my own lectures. Being involved in this research was eye-opening and feels like everything I thought I knew has been flipped upside down.

“One interesting aspect in the studies we examined was how strong an effect adverse life events played in depression, suggesting low mood is a response to people’s lives and cannot be boiled down to a simple chemical equation.”

Professor Moncrieff added: “Thousands of people suffer from side effects of antidepressants, including the severe withdrawal effects that can occur when people try to stop them, yet prescription rates continue to rise. We believe this situation has been driven partly by the false belief that depression is due to a chemical imbalance. It is high time to inform the public that this belief is not grounded in science.”

The researchers caution that anyone considering withdrawing from antidepressants should seek the advice of a health professional, given the risk of adverse effects following withdrawal. Professor Moncrieff and Dr Horowitz are conducting ongoing research into how best to gradually stop taking antidepressants.

The serotonin theory of depression: a systematic umbrella review of the evidence

The serotonin hypothesis of depression is still influential. We aimed to synthesise and evaluate evidence on whether depression is associated with lowered serotonin concentration or activity in a systematic umbrella review of the principal relevant areas of research.

Studies of depression associated with physical conditions and specific subtypes of depression (e.g. bipolar depression) were excluded. Two independent reviewers extracted the data and assessed the quality of included studies using the AMSTAR-2, an adapted AMSTAR-2, or the STREGA for a large genetic study. The certainty of study results was assessed using a modified version of the GRADE. We did not synthesise results of individual meta-analyses because they included overlapping studies.

Quality of reviews was variable with some genetic studies of high quality. Two meta-analyses of overlapping studies examining the serotonin metabolite, 5-HIAA, showed no association with depression (largest n = 1002).

One meta-analysis of cohort studies of plasma serotonin showed no relationship with depression, and evidence that lowered serotonin concentration was associated with antidepressant use (n = 1869).

Two meta-analyses of overlapping studies examining the 5-HT1A receptor (largest n = 561), and three meta-analyses of overlapping studies examining SERT binding (largest n = 1845) showed weak and inconsistent evidence of reduced binding in some areas, which would be consistent with increased synaptic availability of serotonin in people with depression, if this was the original, causal abnormally.

However, effects of prior antidepressant use were not reliably excluded. One meta-analysis of tryptophan depletion studies found no effect in most healthy volunteers (n = 566), but weak evidence of an effect in those with a family history of depression (n = 75). Another systematic review (n = 342) and a sample of ten subsequent studies (n = 407) found no effect in volunteers.

No systematic review of tryptophan depletion studies has been performed since 2007. The two largest and highest quality studies of the SERT gene, one genetic association study (n = 115,257) and one collaborative meta-analysis (n = 43,165), revealed no evidence of an association with depression, or of an interaction between genotype, stress and depression.

The main areas of serotonin research provide no consistent evidence of there being an association between serotonin and depression, and no support for the hypothesis that depression is caused by lowered serotonin activity or concentrations.

Some evidence was consistent with the possibility that long-term antidepressant use reduces serotonin concentration.

Five Ways Boredom Could Be Changing Your Behavior, for Better or Worse

Impact of Physical Activity on Risk for Disabling Dementia by Gender