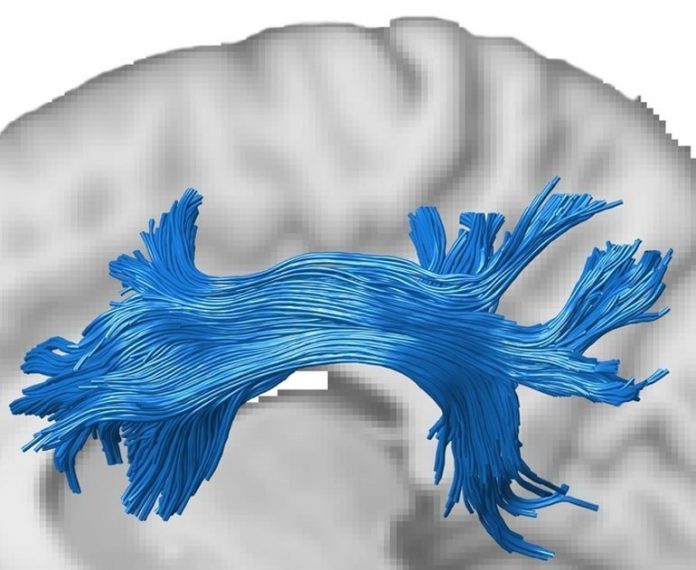 Summary: Researchers developed a new GPU-based machine learning algorithm to help predict the connectivity of networks within the brain.

A new GPU-based machine learning algorithm developed by researchers at the Indian Institute of Science (IISc) can help scientists better understand and predict connectivity between different regions of the brain.

“Tasks that previously took hours to days can be completed within seconds to minutes,” says Devarajan Sridharan, Associate Professor at the Centre for Neuroscience (CNS), IISc, and corresponding author of the study published in the journal Nature Computational Science.

Millions of neurons fire in the brain every second, generating electrical pulses that travel across neuronal networks from one point in the brain to another through connecting cables or “axons”. These connections are essential for computations that the brain performs.

The cables (axons) that connect different areas of the brain are its information highways. Because bundles of axons are shaped like tubes, water molecules move through them, along their length, in a directed manner. dMRI allows scientists to track this movement, in order to create a comprehensive map of the network of fibres across the brain, called a connectome.

Unfortunately, it is not straightforward to pinpoint these connectomes. The data obtained from the scans only provide the net flow of water molecules at each point in the brain.

“Imagine that the water molecules are cars. The obtained information is the direction and speed of the vehicles at each point in space and time with no information about the roads. Our task is similar to inferring the networks of roads by observing these traffic patterns,” explains Sridharan.

To identify these networks accurately, conventional algorithms closely match the predicted dMRI signal from the inferred connectome with the observed dMRI signal. Scientists had previously developed an algorithm called LiFE (Linear Fascicle Evaluation) to carry out this optimisation, but one of its challenges was that it worked on traditional Central Processing Units (CPUs), which made the computation time-consuming.

In the new study, Sridharan’s team tweaked their algorithm to cut down the computational effort involved in several ways, including removing redundant connections, thereby improving upon LiFE’s performance significantly.

To speed up the algorithm further, the team also redesigned it to work on specialised electronic chips – the kind found in high-end gaming computers – called Graphics Processing Units (GPUs), which helped them analyse data at speeds 100-150 times faster than previous approaches.

This improved algorithm, ReAl-LiFE, was also able to predict how a human test subject would behave or carry out a specific task. In other words, using the connection strengths estimated by the algorithm for each individual, the team was able to explain variations in behavioural and cognitive test scores across a group of 200 participants.

For example, using the obtained connectomes, the team hopes to be able to identify early signs of aging or deterioration of brain function before they manifest behaviourally in Alzheimer’s patients.

“In another study, we found that a previous version of ReAL-LiFE could do better than other competing algorithms for distinguishing patients with Alzheimer’s disease from healthy controls,” says Sridharan.

He adds that their GPU-based implementation is very general, and can be used to tackle optimization problems in many other fields as well.

About this AI and neuroscience research news

Moreover, we predicted inter-individual variations in multiple cognitive scores with ReAl-LiFE connectome features. We propose ReAl-LiFE as a timely tool, surpassing the state of the art, for accurate discovery of individualized brain connectomes at scale.

Finally, our GPU-accelerated implementation of a popular non-negative least-squares optimization algorithm is widely applicable to many real-world problems.