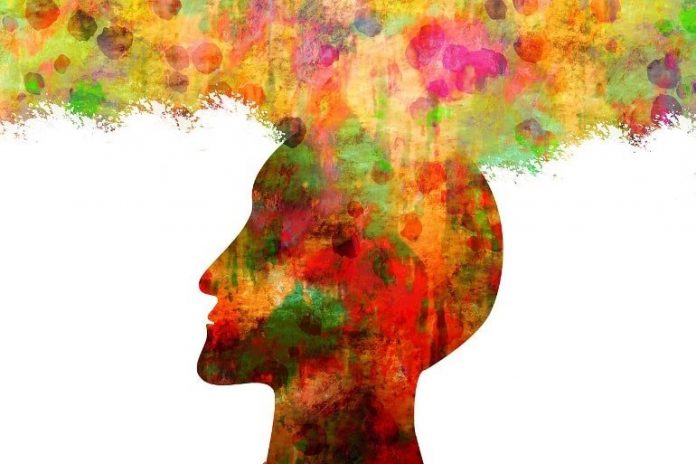 Summary: Study reveals a possible mechanism by which anxiolytic medications act on the brain, leading to cognitive impairment.

ANSTO health researchers have contributed to an international study published in Nature Neuroscience that sheds light on the mechanism by which anti-anxiety drugs act on the brain which could lead to cognitive impairment in vulnerable individuals.

The research critically depended on a unique laboratory model developed at ANSTO known as the “Guwiyang Wurra -TSPO knockout” (a healthy mouse that lacks an evolutionary, ancient protein normally present in mitochondria, the organelle that provides a cell with energy. Because of the importance of the protein for energy generation, its name in Dharawal language is Guwiyang Wurra “fire mouse”).

“This observation is important because long-term use of anti-anxiety medication is thought to contribute to an acceleration of dementia and how that might occur was not known,” said co-author ANSTO Prof. Richard Banati.

“The knowledge gained in this work by a large international team helps in the development of anti-anxiety drugs without such detrimental cognitive effects. The specific experiment looked closely into how the long-term use of anti-anxiety drugs, such as diazepam, can alter the complex wiring of the brain.

“We have neurons and each neuron connects to another neuron by what is called a synapse. Here, the research team recognized the importance of other neighboring cells, microglial cells.

“These are small and highly mobile cells that are part of the non-neuronal matrix in which nerve cells are embedded. This matrix makes up a substantial part of the brain and is actually directly influencing the functioning of neural networks. The compound that was studied, diazepam, didn’t go directly to the long spines and synaptic connections between the nerve cell itself, but to the microglia.

“By doing so, the drug changed the normal activity of microglial cells and indirectly the maintenance function that microglia have around synaptic nerve cell connections. It is intriguing to see how the brain’s local immune system, of which microglial cells are part, directly participates in the overall functional integrity of the brain.

There are a number of serious illness conditions, such as dementia but notably also those characterized by often extreme or prolonged fatigue, such as we see now in ‘long COVID’ or after accidental or therapeutic radiation exposure, where we know that the immune system responds very strongly.

“If the connections between neurons are severed by the activity of the microglial cells, then it’s almost like unplugging neural connections, and that would explain, how very subtle changes could drive a further progression of dementia, or—more speculatively—cause severe fatigue.

“The conceptual significance of the work for me is that it shows us that we might want to view the brain not only as a telephone switchboard with point-to-point connections but as a switchboard in an unusual environment.”

You can think of the collective motion of the microglial cells as being similar to what occurs in lava lamps. The microglial cells create an amorphous but still locally confined dynamic, like bubbles that go up and then down when driven by heat.

And this ever-shifting, localized activity can interfere with the more static wire connections, in extreme cases, perhaps comparable to small, local cable melts that affect the whole system which otherwise looks fine.

The overlapping of the immune system (glial cells) and the nervous system (neurons) is important in understanding the underlying cellular mechanism.

Both systems mediate between the internal world of the organism and the input from the environment. This self/non-self interaction shows itself in a dynamic equilibrium in which connections are formed by the nervous system and modulated or even severed by cells of the immune system.

“The use of the powerful TSPO knockout mouse model provided evidence that the mitochondrial protein TSPO was involved in the remodeling of dendritic connections by microglial cells. Anti-anxiety drugs, such as diazepam, bind with TSPO.

“In a genetically modified animal like a TSPO knockout mouse, the side effects that are described for diazepam simply do not occur. Diazepam that was administered to laboratory models, showed a reduction in dendrite spines, while these defects did not occur in the TSPO knockout model,” said Prof. Banati.

Based on the findings, the authors concluded, that as a consequence of anti-anxiety drug use (benzodiazepines), the TSPO-mediated loss of dendritic spines accelerated cognitive decline.

It was also possible that chronic use of drugs such as the benzodiazepines altered the function of microglial cells, which could promote disease-specific pathological changes in the brain.

Benzodiazepines are widely administered drugs to treat anxiety and insomnia. In addition to tolerance development and abuse liability, their chronic use may cause cognitive impairment and increase the risk for dementia. However, the mechanism by which benzodiazepines might contribute to persistent cognitive decline remains unknown.

Here we report that diazepam, a widely prescribed benzodiazepine, impairs the structural plasticity of dendritic spines, causing cognitive impairment in mice. Diazepam induces these deficits via the mitochondrial 18 kDa translocator protein (TSPO), rather than classical γ-aminobutyric acid type A receptors, which alters microglial morphology, and phagocytosis of synaptic material.

Collectively, our findings demonstrate a mechanism by which TSPO ligands alter synaptic plasticity and, as a consequence, cause cognitive impairment.

From the Health Minister Down, Nobody Is Seriously Interested in the Quality Control of...

Patients as Partners: A Social Empowerment Approach to Health and Mental Health