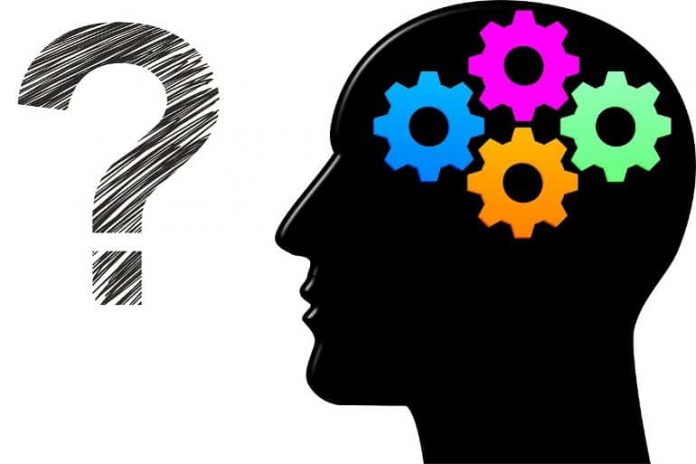 Summary: Researchers identified a novel brain network that includes the fronto-parietal networks and fusiform gyrus which helps with the encoding of visual mental imagery.

Every day, we call upon a unique capacity of our brain, visual mental imagery, which allows us to visualize images, objects or people ‘in our heads’. Based on the recent case of a patient with a specific brain lesion, Paolo Bartolomeo’s group (Inserm) in the PICNIC Lab at the Paris Brain Institute has identified a region that may be key in mental visualization.

A patient was admitted to the emergency room after a stroke that had spread to the occipitotemporal area of the left hemisphere. Although his life was saved, the patient woke up with multiple deficits: hemianopia – the loss of vision on the right side – alexia – an inability to read – and an inability to name colors.

These multiple impairments and the presence of the lesion in the left temporal lobe prompted clinicians and researchers at the Paris Brain Institute to evaluate another brain function: visual mental imagery.

The brain networks of mental imagery

At present, the predominant model of the brain basis of mental imagery proposes that it engages the primary visual area at the back of our brain, which is also involved in processing what we actually see with our eyes. However, evidence from patient cases has been accumulating over the last twenty years that contradicts this dogma.

In a recent meta-analysis, Paolo Bartolomeo’s team suggested that mental imagery is instead encoded in the fronto-parietal networks of attention and working memory, as well as in a small region of the fusiform gyrus of the left temporal lobe.

The case of this new patient with a left occipitotemporal lesion was therefore an opportunity for the researchers at the Paris Brain Institute to re-explore their hypothesis.

In order to test the patient’s mental imagery, the doctors gave him a battery of tests. These consisted of several questions about the visual appearance of objects: What is redder between a strawberry and a cherry? Which city is the furthest on the right of a map of France between Bordeaux and Strasbourg?

To answer correctly, the patient had to use his mental imagery and visualise in his head a strawberry, a cherry, or a map of France.

“A new question then arose: why did he not have any difficulty, despite his lesion which should have affected important networks for exercising this function in our brain?”

Halfway between language and semantic networks

Thanks to MRI tractography, which makes it possible to visualise the tracts of neurons in the brain – the wiring, so to speak – the researchers were able to identify some key elements explaining why the patient’s mental imagery was intact despite his lesion. They found that the mental imagery node, located in the fusiform gyrus in the left temporal lobe, had been spared by the lesion.

The team of scientists then showed that two connectivity tracts passed through this node: the arcuate fasciculus, associated with the language system, and the inferior longitudinal fasciculus, linked to the semantic system, i.e. our knowledge of the world, objects and concepts.

“These results support our hypothesis that visual mental imagery comes from a top-down activation from the language and semantic networks. This goes against the dominant model of mental imagery, according to which the primary visual areas are necessary for the implementation of this capacity” concludes Paolo Bartolomeo (Inserm).

The connectional anatomy of visual mental imagery: evidence from a patient with left occipito-temporal damage

Most of us can use our “mind’s eye” to mentally visualize things that are not in our direct line of sight, an ability known as visual mental imagery. Extensive left temporal damage can impair patients’ visual mental imagery experience, but the critical locus of lesion is unknown.

Here, we describe the connectional anatomy of FIN in neurotypical participants and in RDS, a right-handed patient with an extensive occipito-temporal stroke in the left hemisphere. The stroke provoked right homonymous hemianopia, alexia without agraphia, and color anomia.

We found that the FIN was spared by the lesion. We then assessed the connectional anatomy of the FIN in the MNI space and in the patient’s native space, by visualizing the fibers of the inferior longitudinal fasciculus (ILF) and of the arcuate fasciculus (AF) passing through the FIN.

In both spaces, the ILF connected the FIN with the anterior temporal lobe, and the AF linked it with frontal regions. Our evidence is consistent with the hypothesis that the FIN is a node of a brain network dedicated to voluntary visual mental imagery.

The FIN could act as a bridge between visual information and semantic knowledge processed in the anterior temporal lobe and in the language circuits.

Is “Cry-It-Out” the Tip of a Dangerous Parenting Iceberg?

How the Brain Helps Us Focus Our Attention