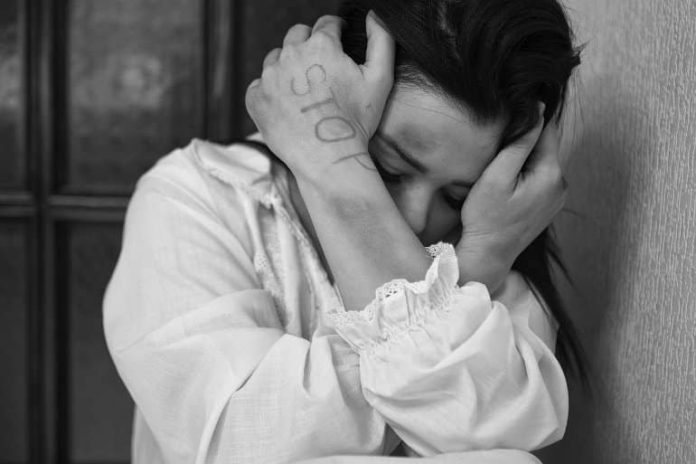 Published in The Lancet Psychiatry, a new study is the first to show that intimate partner violence (IPV) is strongly associated with self-harm and suicidality in both men and women, and across all ages in England.

While IPV is a recognized risk factor for psychiatric disorders, there had previously been little evidence on IPV and self-harm and suicidality.

Study participants were asked about experience of physical violence and sexual, economic, and emotional abuse from a current or former partner, and about suicidal thoughts, suicide attempts, and self-harm.

However, the associations between IPV and self-harm and suicidality remained strong even when these other factors were adjusted for.

After adjusting for experience of other adversities, as well as demographic and socioeconomic factors, the study found that people who had ever experienced IPV in their lives, compared to those who had not, had in the previous year:

If any IPV had been experienced within the previous year, then the risks were even higher.

Particularly elevated rates of self-harm, suicidal thoughts, and suicide attempts were found in those who were ever subjected to sexual and emotional IPV, those who ever experienced physical injury from IPV, and those who had experienced multiple forms of IPV, which indicates that the more types of IPV someone is exposed to, the higher the risk they are of self-harm and suicidality.

Sally McManus, Senior Lecturer in Health in the Violence and Society Centre and the School of Health Sciences, City, University of London, and first author of the study, said, “There is a high likelihood that someone presenting to services in suicidal distress is a victim of intimate partner violence (IPV). Health, social care, and welfare professionals need to ask people who have self-harmed or are at risk of suicide if they are experiencing IPV, and professionals should be prepared—and supported—to act accordingly.”

Dr. Estela Barbosa, Senior Research Fellow in the Violence and Society Centre, City, University of London, and a co-author, said, “Intimate partner violence is common in England, especially among women. The gender gap was widest for sexual IPV, which was about ten times more common in women than men, and this IPV type was associated with particularly high odds of self-harm and suicidality.”

Dr. Duleeka Knipe, Population Health Sciences at Bristol Medical School, University of Bristol, Bristol, and co-author, said, “Strategies for violence reduction should form part of individual-level suicide risk assessment and safety planning, and they should feature in national suicide prevention strategies. Interventions designed to reduce the prevalence and duration of IPV might protect and improve the lives of people at risk of self-harm and suicide.”

About this IPV and mental health research news

Intimate partner violence, suicidality, and self-harm: a probability sample survey of the general population in England

Intimate partner violence (IPV) is a recognised risk factor for psychiatric disorders. There is little current evidence on IPV and self-harm and suicidality, and we therefore aimed to investigate the associations between experience of lifetime and past-year IPV with suicidal thoughts, suicide attempt, and self-harm in the past year.

We analysed the 2014 Adult Psychiatric Morbidity Survey, a cross-sectional survey of 7058 adults (aged ≥16 years) in England, which used a multistage random probability sampling design and involved face-to-face interviews. Participants were asked about experience of physical violence and sexual, economic, and emotional abuse from a current or former partner, and about suicidal thoughts, suicide attempts, and self-harm.

Other adversities were recorded through an adapted version of the List of Threatening Experiences. Multivariable logistic regression models quantified associations between different indicators of lifetime and past-year IPV, with past-year non-suicidal self-harm, suicidal thoughts, and suicide attempts. All analyses were weighted.

IPV is common in England, especially among women, and is strongly associated with self-harm and suicidality. People presenting to services in suicidal distress or after self-harm should be asked about IPV. Interventions designed to reduce the prevalence and duration of IPV might protect and improve the lives of people at risk of self-harm and suicide.

Tackling the Replication Crisis in Neuroscience

Substantial Differences in Brain Structure in People With Anorexia