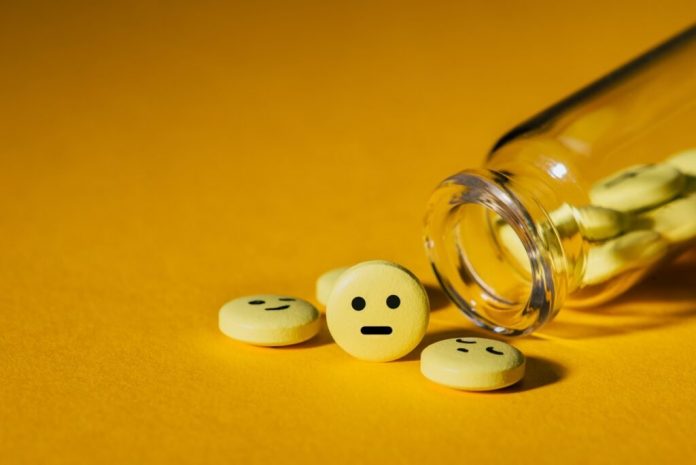 It was tempting to imagine that therapists of the psychedelic movement were going to be cut from dramatically different cloth than that of my parents’ generation. They are not so fine after all. The cult of personality, and the penchant for victim blaming in the field, seems to be unkillable.

I took part in an MDMA session during the Covid confinement.

I’d been stranded in Paris following the unfortunately timed coincidence of the sale of my small house in the Loire Valley. I’d already signed the contract when the pandemic arrived. My intended return to the US was thwarted. All of my belongings had to be moved into storage willy-nilly. I moved into a friend’s Paris apartment, expecting to be there a month.

A year later, Paris was still under effective martial law. City services had all but ceased. There was garbage everywhere. Rats appeared on the streets. I was mugged twice in my own small quartier. I became extremely depressed and anxious; I was losing my mind.

During this time, I interviewed a woman doctor, a one-time psycholytic therapist, for a newsletter I was writing. She invited me to visit her and her husband at their home in another European city.

The circumstances around the experience were challenging. I had to obtain paperwork to be permitted to travel more than a few kilometers outside Paris. I had to prove I’d been vaccinated at a time when vaccinations were hard to come by. Fortunately, an infectious diseases doc with whom I was acquainted made that possible. I was so grateful to be invited, and to be among people after over a year of total isolation — people who appeared to welcome me into their home even though they did not know me, no less — that when the experience deviated into something unexpected and off-piste, I wanted nothing more than to dismiss the idea anything was awry. At first, I was too confused to disclose what happened.

After a year, I’ve begun to comprehend the experience in terms of the dimensions of what can occur in the psychedelic space when practitioners whose own drug use, and persistent adulation by their clients and disciples, leads them to believe they are larger than life. Normal rules of conduct do not apply. In retrospect, that is what happened here. In such hands as these, the dangers MDMA poses intensify a participant’s vulnerability exponentially — at her own peril. MDMA is an empathogen — a drug that produces feelings of emotional communion, oneness and emotional openness. Interpersonal boundaries can blur.

The husband’s statement of his feelings of attraction to me — along with his wife’s blandishments, “you’re beautiful” — early in the session as the drug effects came on, unmoored me. I was supposed to trust them. Could I? I recall my exact thought was: “I really do not need this.”

Even before the session, I began to feel as though the entire event was engineered. Why ever did she invite me? She was busy with her therapy clients during the week (once a doctor, she now has a busy psychotherapeutic clientele), which left her husband to take me under his own wing. I began to see their intentions less as selfless gestures toward a woman on her own in a Parisian Covid hellscape than as a balm to relieve them of their own ennui. Conditions in their city weren’t nearly as bad as in Paris. Here, people were masked, but otherwise moving about normally. Still, the pandemic had affected everyone all over Europe.

As the week went on, the lingering effects of the drug session colored the time I spent at their household. I engaged in integration sessions with my host several mornings, where we sat at a table and she encouraged me to examine my feelings about a role-play I took part in during the session where her daughter played the part of my mother. But these seemed to be a kind of scrim over the dynamics of what was occurring in her household.

The husband surprised me one evening when I was emerging from the sauna in the basement. I was naked and about to shower. Suddenly there he was. Seeing him approach, I told him I’d just gotten out of the sauna and was about to shower. I pulled a towel off a hook and wrapped it around myself. He halted, stared at me unflinchingly for maybe thirty seconds, then turned and went back upstairs. This encounter engendered some longer-term fallout.

The couple’s own backstory is one of manifold boundary violations. After her first marriage ended following an affair from which she emerged devastated, my host, who was a doctor, began a Holotropic Breathwork training, among many other therapeutic modalities, to help her on her quest to confront her own issues and eventually use her knowledge to help others. Her present-day husband came to her as a client. He was also divorced. She taught him how to practice Holotropic Breathwork, and introduced him to MDMA.

The two fell in love. Her daughter (who was in our MDMA session) later left her own husband to marry another man (a former client of my host who was also in the session). This man’s former wife (also a one-time psychotherapy client of my host) outed them to the police over a decade ago before, blaming my host for the breakup of her marriage. Both my hosts, husband and wife, were arrested. They spent time in prison, and paid hefty fines. The husband gave up his license to practice law as a result.

Their casual air toward holding an MDMA session in their home, given their history of problems with the law, astonished me. (And why in the world would they include a woman they’d never met before?) Although nothing physical or aggressive occurred, the boundary violations took a significant toll. They brought up feelings from my childhood, of having been used as a pawn in my parents’ alcohol-infused folie a deux. My parents were both shrinks: my father a psychiatrist, my mother a psychologist. She was an alcoholic, he was a barbiturate and alcohol abuser, and a rage-addicted narcissist. The second of four, I’d been the family scapegoat. I was my mother’s personal whipping boy. I was often separated from my siblings. I felt, once again, that I was back at home in the worst possible way. I found myself revisiting the wished-for idea of home as a place of greater safety. At this couple’s house, just as with my parents, the reality was anything but. The experience was compounded when I learned, upon returning to Paris, that my father, from whom I’ve been estranged my entire adult life, died the day I was traveling to meet them. The coincidence was more than eerie. More complicated feelings followed.

I did not write about these occurrences, initially, for fear of harming my hosts. Once the Paris lockdown was over, I moved to Alsace to get my bearings, and to have the contents of my house delivered to me, finally, from storage, so I could sort through them prior to my now two year delayed move back to the US.

Living within a few hours of them, I suggested a visit to my hosts. Over the course of the year, I asked to see them a few times. I suggested to the husband we meet for coffee, as a way of clearing the air. Each time, I was rebuffed. For reasons I can only surmise, they no longer speak to me. I would have expected that psychedelic therapists — or any therapists — as experienced as they would be more self-aware about their own issues, and their own boundaries, and be able to face them. Not so.

Theirs was a very different response from the other psychedelic experience I had, as part of a clinical trial in 2012. My 2012 psilocybin experience left me with the sense I was part of a larger community. That feeling lingers to this day. I remain in touch with some of the researchers. Here, with the MDMA experience, I felt as though I was left high and dry. I was especially troubled by the husband: once I’d made my own boundaries clear, we spent what were for me pleasant hours together walking in the forest above the town with their dog and talking. I was able for the first time to speak candidly about my marriage, which ended in 2005. He was thoughtful and reflective. Knowing I used to ride, he’d taken me to the barn where he rides. He invited me to take a few lessons, if I liked, on his own horse, or on another horse in the barn. He invited me to a hotel he owns in the mountains for a night — an experience whose boundaries I made a point of defining and clarifying explicitly with him in advance of the excursion as non-intimate, and social only. He seemed fine with my candor — at least on the surface — protesting that he was able to have women friends, and had many, his riding instructor among them.

These occurrences have left me with the impression that I’d been used as a toy. My vulnerability and isolation, my very reasons for trusting them when I was literally at my worst, were my undoing.

I’m now convinced MDMA is not the right drug for female trauma survivors — especially when guided by practitioners who have boundary issues themselves. But how is one to know in advance? The inflated self-image many practitioners project, refined over many years, coupled with a sense of their own infallibility, often becomes mixed up with their own unacknowledged needs. They’re not likely to be doing much self-examination. Boundaries become even more porous under the influence of the drug because of the flood of oxytocin it causes and the feel-good messages it can elicit when participants take it together during the session.

For women survivors of sexual or physical trauma, MDMA should be used judiciously. Or maybe it shouldn’t be used at all.

MDMA for veterans is a different story entirely because of the nature of their experiences, and the nature of the population itself. Male veterans as subjects are coming to grips with guilt and shame over what they did to others during war in service to an outside authority. They must face the horror of their own actions — not what was done to them. They never lost or relinquished their own agency, even if they chose to submit to the demands of the service hierarchy. Autonomy and their own power never actually failed them, unless, for instance, they became prisoners of war.

By contrast, women dealing with sexual, physical and emotional trauma must come to grips with their internalized shame and fear because of what was done to them when they were powerless. Victimized women had no agency, and no capacity to make decisions in and around their abuse. The physical and emotional violations were enacted upon them. They are the victims of the actions of others. MDMA compounds their vulnerability. Under MDMA, women relinquish personal agency, as they were forced to do when they were abused. Under the drug, they are entirely powerless. Guides or therapists who are willfully unaware of their own boundaries endanger them.

Having tried several therapeutic modalities — conventional psychotherapy when I was younger and more recently, psychedelic therapy — I’m convinced the classic psychedelics, such as psilocybin and ayahuasca, when used with the right guides in the right settings, are far more suitable for women dealing with trauma. MDMA should probably be avoided altogether.

Dementia: How to Prevent Cognitive Decline