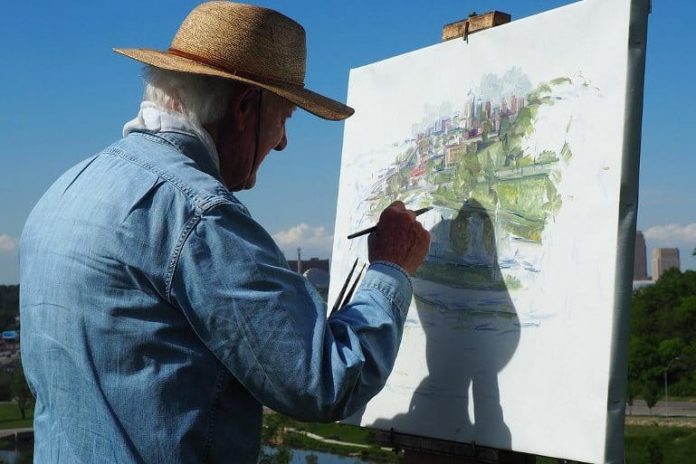 Summary: Maintaining a growth mindset and belief in yourself as you age helps you succeed at skills you wish to master.

So you could have become a pro footballer when you were younger, you say? Or really good at chess? Perhaps a world-renowned chef?

Well, maybe not anymore, we think as we get older. And maybe that’s actually okay.

A research group has investigated how important the motivational factors for becoming really proficient at a skill change over the years.

“We wanted to see how the passion, grit and belief that you’ll succeed at getting better – your growth mindset – change with age and in relation to gender,” says Hermundur Sigmundsson, a professor at the Norwegian University of Science and Technology’s (NTNU) Department of Psychology.

He is the first author of an article in the International Journal of Environmental Research and Public Health. The researchers looked at 1548 people aged 13 to 77.

The sofa is undoubtedly a much more pleasant place to spend time as you get older. This is also reflected in the study results.

“The passion for what you used to burn for declines. And so does the belief that you can succeed at becoming really good at it,” says Professor Sigmundsson.

But this is where it is important to take hold of yourself and not give up. You might not become a world champion in anything, but you could still get really proficient if you go for it. Or at least better.

“That’s when it’s important to maintain a growth mindset. You can’t stop believing in growth even though you’re getting older,” says Sigmundsson.

Getting more stubborn with age

There’s some hope here, too, because grit actually increases with the years.

“Passion and a growth mindset decrease with age, but the willingness to persevere increases if we look at the elderly population as a whole,” says Sigmundsson.

So you can find some clear advantages to becoming an old fogey.

“Some older people also regain some of their passion,” Sigmundsson says.

Grit level is more or less the same in both sexes. But the researchers also found some differences between women and men.

“Across the board, men are generally more passionate than women when it comes to things they’re really driven to pursue,” says Sigmundsson.

But women are catching up in another area.

“Women generally have a stronger belief that they’ll succeed in what they want to be good at, that is, they have a stronger growth mindset.” Sigmundsson points out that this is one of the first times that this finding has been proven.

Previous research has shown that it is important to find something you are passionate about even as you get older. You won’t find any shortcuts other than your grit, unfortunately, and of course your pursuit might be demanding. Unless you’re really burning to lie on the couch, of course. Then it’s really easy.

About this aging and psychology research news

Motivational Factors Are Varying across Age Groups and Gender

The aim of the current study was to explore differences in passion for achievement, grit, and mindset across age and gender, by using a cross-sectional design. The sample consisted of 1548 participants including 931 females and 617 males aged from 13 to 77 years (Mage 26.53 years, SD = 11.77).

For the total sample, there was a significant gender difference in passion, where males score higher, and growth mindset, where females score higher. With age, passion decreases until the age of 50–59, and slightly increases for the remaining age groups.

After a decrease in grit between the first (13–19 years) and the second (20–29 years) age group, grit increases with age. Mindset scores decline strongly after the age of 40–49.

Generally, the patterns show that mindset and passion decrease across the life-span, while grit increases. Indeed, these attributes seems to be different from each other, and how they change varies across age groups.

Sunshine May Shield Children and Young Adults From Multiple Sclerosis