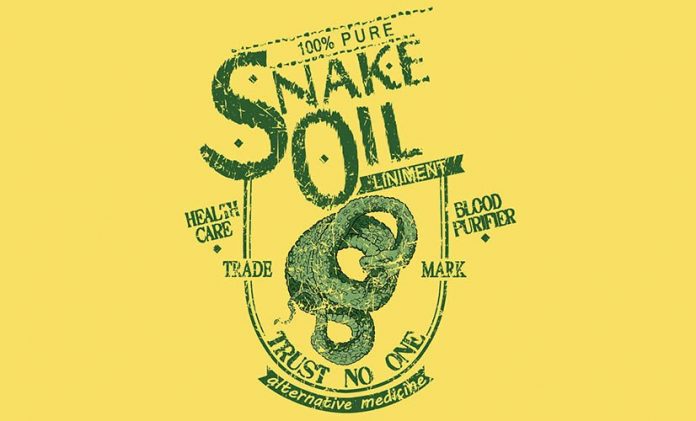 Since the late 1800s, beginning with Pasteur and Koch, we have known that health care depends upon the scientific method, long used by scientists interested in the natural world. Thanks to science, our understanding of physiological and public health has grown exponentially since then. From the Spanish flu in 1918 to the Covid-19 pandemic in 2020, life expectancy had doubled. Infant mortality rates have plummeted and diseases that we had little hope of conquering at the turn of the 20th century, like malaria and tuberculosis, are now eminently treatable and curable.

Nevertheless, in the absence of scientific evidence, psychiatry has medicalized mental disorder and their rhetoric has succeeded—with the public and with doctors.

Psychiatry’s malfeasance can be contrasted with the sound science that underlies behavioral psychology. From its inception, behavioral researchers have been strict empiricists and it has paid off. Behavioral research led to the creation of behavior therapy, again by careful application of the rules of science.

It is vital for this contrast to be better understood by the public and by doctors. Psychiatry must be held accountable to the rules of science. As behaviorists we must speak out about what has gone terribly wrong with mental health care (it happened before with eugenics and lobotomy) because of psychiatry’s wrongdoing with respect to the scientific method. To date, we have not done a good job of holding psychiatry accountable. Bankrolled by the deep pockets of the pharmaceutical industry, psychiatry is in complete control of the narrative.

We can date exactly when psychiatry’s medicalized pseudoscience began: 1980. That was when the American Psychiatric Association, with great fanfare, published DSM-III. The president of the association, along with other leading psychiatrists at the time, stated that DSM-III proved that psychiatry was now equal to other branches of medicine in its medical and scientific basis. Although they did not release the data for this claim, their rhetoric was persuasive, and DSM-III was soon followed by prescription of drugs becoming the prime treatment for mental disorder. Ten years later, after the system was well-entrenched, the data was finally accessed through the Freedom of Information Act. There was no new scientific data or medical data in DSM-III. DSM-III, the flagship for the medicalizing of psychiatry, was found to be without scientific or medical merit.

Psychiatry’s malfeasance has not stopped. The most commonly diagnosed mental disorders remain devoid of evidence of psychiatry’s claims of a physiological basis. Yet these claims are accepted by doctors and the public. Few know the truth, despite the facts being readily available. Too often, the media is an accomplice in disseminating psychiatry’s broken science as if it has merit. Obviously, fact checking in this arena is much more complicated, but this is a distinct problem.

The most recent example is a New York Times story (“A Balm for Psyches Scarred by War” by Rachel Newer, May 20, 2022,), which cites “growing evidence that MDMA—the illegal drug known as ecstasy or molly—can significantly lessen or even eliminate symptoms of PTSD when the treatment is paired with talk therapy.”

This optimistic story in the Times is about a new drug treatment that was reported in Nature Medicine. The study is the first of two Phase 3 clinical trials of 90 people who had been diagnosed with PTSD for 14 years. In this clinical trial, each patient received three therapy sessions, spaced one month apart, as well as either MDMA (ecstasy) or placebo. Two months later, 67 percent of those given MDMA were reported to be no longer suffering from PTSD versus 32 percent who received placebo.

Let’s look at the design of this study. The Veterans Administration, the Department of Defense, and the American Psychological Association have approved detailed treatment guidelines for PTSD. These guidelines have strong research support, and they favor behavioral treatments for PTSD over drug treatments. The treatments include Prolonged Exposure (typically 10-15 sessions) which specifies two types of exposure; Cognitive Processing Therapy (typically 12 weekly sessions) which provided cognitive retraining; and Cognitive Behavioral Therapy for PTSD, which typically lasts for more sessions and focuses on specific cognitive interventions that were found to be successful in studies published between March 2009 and March 2016.

The study reported in Nature Medicine of three sessions of therapy spaced one month apart bears no resemblance to these published treatment guidelines for PTSD. The measure of effectiveness (two months post treatment) is exactly the kind of measure that has repeatedly given false readings of drug effectiveness because it is such a short-term assessment. This measure has been discredited because it is a well-known drug company ploy to report effectiveness before the adverse effects of a drug have had time to occur.

In addition, clinical trials of this sort suffer from biased samples. Because volunteers for such drug studies are told they will be treated with new drugs, anyone wary of drugs is not likely to volunteer. Thus, the patients in these studies are likely to be more favorable to drug treatment than the general population. This is a structural problem that is anathema to good science since scientific studies are designed to prevent biased samples. In addition, volunteers must be told they will get either the drug or a placebo and are informed about the side effects of the drug. The presence or absence of side effects alerts many of them as to whether they are on the drug or the placebo, likely influencing how they assess their treatment.

As for the reported effectiveness for the drug treatment, three studies of the effectiveness of behavior therapy for PTSD report higher rates than those reported for this clinical trial. And these studies were based on better data (Powers et al, 2010; Cusack et al, 2016; and Jonas et al, 2013).

Finally, we also know that MDMA can lead to psychological, perhaps even physical dependency on a drug for which there is no known reliable treatment. This potential problem should not be ignored. For example, many patients, when going off antidepressant drugs, find the withdrawal effects so painful and prolonged that there is now a psychiatric specialty offering them help rather than their getting relief by returning to taking the drug. And has our experience with the opioids taught us nothing?  In summary, this study’s design is not only defective, it’s alarming. Yet the Times advanced the study encouragingly, as if it has valuable meaning.

Thomas Insel, director of the NIMH from 2002 to 2015, is the latest psychiatrist in a powerful position to promote the medicalizing of mental health care despite the absence of a scientific basis for doing so. His recent book, entitled, Healing: Our Path from Mental Illness to Mental Health, is the worst named book I have ever read. He acknowledges that after spending 20 billion dollars on neurological research, mental health care has not improved at all. He apologizes, acknowledging that patients are no better off than they had been. But he never backs down from justifying his expenditure.

In fact, his apology falls short in another way, as well. According to a number of measures, the record is clear: more and more patients are now on drugs and worse off than they had been before his appointment, with increasing evidence of drug treatments leading to physical damage, that sometimes is irreversible.

Robert Whitaker, author of Anatomy of an Epidemic, cites two reviewers of Dr. Insel’s book, Dr. Andrew Scull and Dr. Bruce Levine. They agree that the book is little more than another piece of propaganda for the medicalization of psychiatry, providing no scientific data for justification (appealing instead to anecdotal reports).

Perhaps most importantly, Dr. Insel writes, “It’s a pretty safe bet in most of medicine that if you treat more people, death and disability drop. But when it comes to mental illness, there are more people getting more treatment than ever, yet death and disability continue to rise. How can more treatment be associated with worse outcomes?” Indeed. Could it be, as Shakespeare wrote, that there is something rotten in Denmark?

We need to educate the public and doctors about the realities of medicalized psychiatry. For instance, consider the three basic pillars of the science of health care—diagnosis, explanation, and treatment—as they apply to research on depression, which is now (without justification) psychiatry’s #1 diagnosis. The data show that there is no good science behind psychiatry’s medicalizing of mental health care for depression.

Beginning with DSM-III, none of the DSM manuals has been found to meet basic scientific standards of reliability and validity that are required of a diagnostic manual. The chemical imbalance theory of depression not only has failed scientific testing, results are contradictory to the theory. As for the prescription of antidepressant drugs, they have been found to be no more effective than placebo, but unlike placebos, they are harmful to many.

In contrast, there is good science behind learning theory and behavior therapy, and outcomes research reveals that behavior therapy is more effective than antidepressant drugs in the treatment of depression. And this is not by measures taken two months after treatment ends, as is the case with the PTSD study, but measured by relapse prevention, a far more valid measure.

Despite the well-documented greater effectiveness of behavior therapy over drugs, the choice of treatment for mental disorder heavily favors drug treatments over therapy. This is a tragic failure of the mental health system. Stories such as the recent Times article on PTSD mislead people into believing in a biological basis for mental disorder and choosing to be treated by psychiatric drugs—when the scientific evidence is for a psychological basis and for psychological treatment.

The travesty that currently exists in mental health care must be brought to an end. Behaviorists need to become better at communicating the realities of this story, as dictated by science, to doctors, the public, and the media.

Our Dreams’ Weirdness Might Be Why We Have Them

Neuroscience Doesn’t Undermine Free Will After All