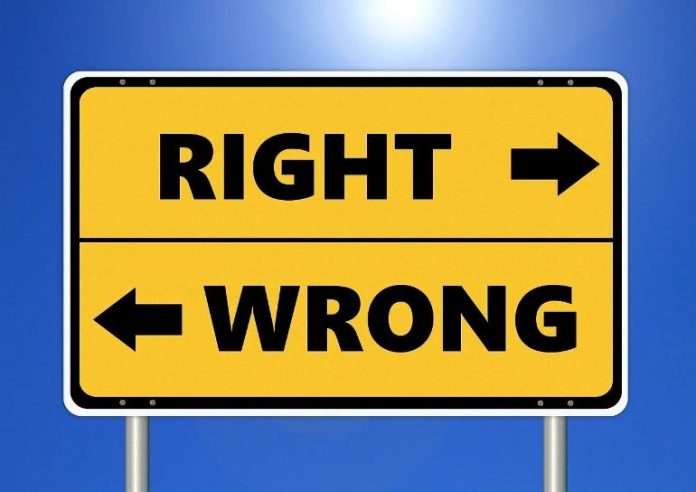 For millennia, philosophers have pondered the question of whether humans are inherently good. But now, researchers from Japan have found that young infants can make and act on moral judgments, shedding light on the origin of morality.

In a study recently published in Nature Human Behaviour, researchers from Osaka University, in collaboration with Otsuma Women’s University, NTT Communication Science Laboratories, and the University of Tokyo, revealed that 8-month-old infants can punish antisocial behavior exhibited by a third party. Thus, the motivation driving punishment might be intrinsic as opposed to learned.

Punishment of antisocial behavior is found in only humans, and is universal across cultures. However, the development of moral behavior is not well understood. Further, it can be very difficult to examine decision-making and agency in infants, which the researchers at Osaka University aimed to address.

“Morality is an important but mysterious part of what makes us human,” says lead author of the study Yasuhiro Kanakogi.

“We wanted to know whether third-party punishment of antisocial others is present at a very young age, because this would help to signal whether morality is learned.”

To tackle this problem, the researchers developed a new research paradigm. First, they familiarized infants with a computer system in which animations were displayed on a screen. The infants could control the actions on the screen using a gaze-tracking system such that looking at an object for a sufficient period of time led to the destruction of the object.

“The results were surprising,” says Kanakogi.  “We found that preverbal infants chose to punish the antisocial aggressor by increasing their gaze towards the aggressor.”

To verify their findings, the researchers conducted three control experiments to exclude alternative interpretations of the infants’ gazing behaviors.

“The observation of this behavior in very young children indicates that humans may have acquired behavioral tendencies toward moral behavior during the course of evolution,” says Kanakogi.

“Specifically, the punishment of antisocial behavior may have evolved as an important element of human cooperation.”

This new paradigm for studying decision-making in a social context could be an important turning point in infant cognitive research.

In particular, while much previous research on infant cognition has used observations from third parties, and thus examined passive responses to events, the eye-gaze paradigm allows for the observation of active decision-making in infants.

Thus, this research model may be useful in uncovering additional information about cognitive abilities in preverbal infants.

Third-party punishment of antisocial others is unique to humans and seems to be universal across cultures. However, its emergence in ontogeny remains unknown.

We developed a participatory cognitive paradigm using gaze-contingency techniques, in which infants can use their gaze to affect agents displayed on a monitor. In this paradigm, fixation on an agent triggers the event of a stone crushing the agent.

This behavioural tendency may be a human trait acquired over the course of evolution.

The False Memory Syndrome at 30: How Flawed Science Turned into Conventional Wisdom

21 unusual headache syndromes and their demystifying checklists – The Neurology Lounge