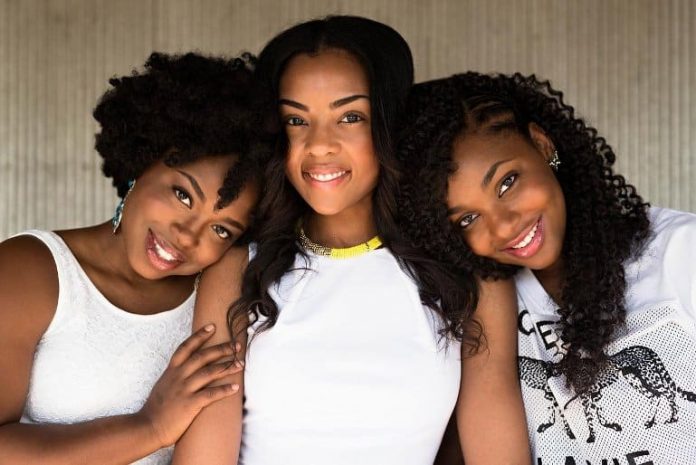 Summary: Many young Black girls face bullying, teasing, and unwanted touching of their natural hair by other youngsters. This has a negative effect on body image. Researchers address strategies to promote positive body image in young Black women and girls.

Teasing and unwanted hair touching are just some of the negative experiences Black girls go through because of their hair, according to a new study.

Research from the Arizona State University Department of Psychology shows how prevalent it is for young Black girls to have negative experiences related to their hair. The study, which is the first to examine hair satisfaction in young Black girls, was published in the journal Body Image.

“Negative experiences related to hair are normative for young Black girls. Even girls as young as 10 years old reported negative experiences because of their hair,” said Marisol Perez, associate professor of psychology at ASU and senior author on the paper.

“These experiences are a form of stereotyping that can occur among youth related to hair, however, there is very little existing literature documenting the hair-related experiences of Black youth. We are trying to make sure their voices are heard.”

This study was motivated by recent examples of Black youth being suspended from school, threatened with punishment or not permitted to participate in extracurricular activities because of their hair.

These situations and other examples of regulating people, including adults, based on the appearance of their hair has inspired advocacy from nongovernmental organizations and corporations alike to expand protection against discrimination in schools and the workplace to include hair differences.

“Hair is such an integral part of who we are: it serves as an extension of our identities and how we present ourselves to the world. Being told that how you express yourself is wrong or having to fit that expression into limited standards of what is deemed appropriate can come with shame and can lead to internal conflicts such as depression or low self-esteem,” said Layla Ismael, an undergraduate student at ASU and a co-author on the paper.

The research team worked with community organizations to recruit participants. In total, the study included 105 girls aged 10–15 years old who identified as Black or African American. The girls answered a series of open-ended questions about satisfaction with their natural hair, social comparisons of hair, bullying or teasing because of their hair and pressure to wear their hair a certain way.

When the girls were asked to define “good hair,” the most common answers included descriptions like “long,” “flowy,” “wavy,” “soft” and “straight.” “Bad hair” was described as “short,” “nappy” and “hard to comb through.”

The most common response to the question about where the criteria for good or bad hair comes from was how the media portrays Black models and celebrities with hair that has been chemically altered to be straight or wavy. The second most common response was receiving negative feedback about natural Black hair at school.

“Employees in school settings play an important role in how Black girls perceive their hair. The girls were impacted both by negative comments and by the absence of positive statements. For example, if a girl chemically straightens her hair, she might get positive comments, but nothing is said when she wears her hair naturally,” Perez said.

“The absence of positive statements contributed to the negative reinforcing messages.”

Between 14–54% of the girls reported verbal teasing or bullying because of their hair, starting in preschool or kindergarten.

“Having an understanding of what Black kids go through is important, even for something that might seem trivial like hair,” said Mel Holman, an ASU graduate student and a co-author on the paper.

“This study shows different types of discrimination and microaggressions that young kids might go through that are not recognized by others because people think it’s just hair.”

Time to do better

The research team also asked the girls what they do when they have a negative experience because of their hair. The answers included thinking positive thoughts, such as how they love themselves and their natural hair, and relying on their family for support.

“Parents can teach their children to love themselves for who they are and encourage them to wear their hair out naturally or in braids,” Holman said.

Perez added that parents can also role model wearing natural hair and complimenting it. Parents reinforcing natural hair in themselves and in their kids is a powerful message for youth that can increase their body confidence.

Though the girls demonstrated resilience with their answers about thinking positive thoughts after negative hair-related experiences, Perez said that is not enough.

“These girls should not have to be resilient. We all need to do a better job celebrating natural hair—in the media, in school settings and in the beauty industry, which financially benefits from girls and women thinking they need to alter their hair.”

About this body image research news

Examination of hair experiences among girls with Black/African American identities

Negative hair experiences can impact psychological well-being and are an integral part of development through childhood, adolescence, and beyond. The current study utilized a mixed-methods approach to capture the lived experiences of girls relating to their hair.

Participants were 105 girls between the ages of 10–15 years old recruited via social media, email, and social organizations with Black/African American, or biracial communities. Satisfaction with natural hair, perceived bullying and teasing relating to hair, social comparisons, and pressure from family and friends were assessed.

Finally, having friends who like one’s natural hair was significantly associated with higher hair satisfaction scores. Black/African American girls and their experiences around hair have been largely neglected in psychology and body image research, and more research on this topic is required to gain a better understanding of the role it plays in developing young girls.

Lifetime of Knowledge Can Clutter Memories of Older Adults

The Future of Mental Health Diagnosis Goes Beyond the Manual