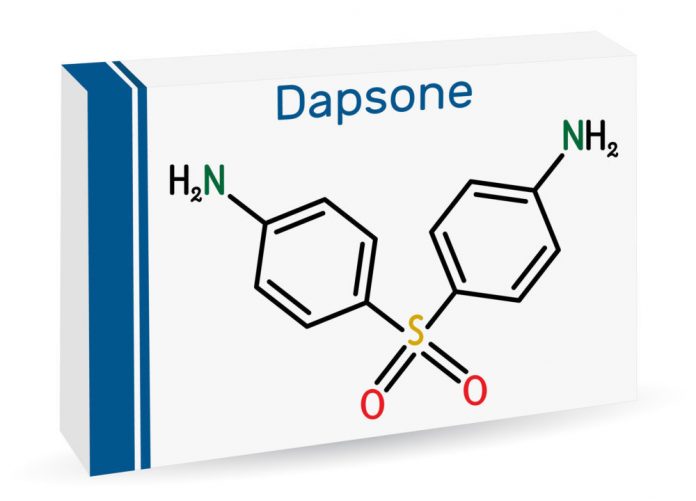 The use of dapsone (4,4 ′-diaminodiphenyl sulfone, [DDS]) as a therapeutic option for the prevention of Alzheimer disease (AD) exacerbation has shown promise, according to study findings published in the journal iScience.

The researchers of the current study analyzed the medical records from Sorokdo National Hospital between 2005 and 2020. Beginning in 2008, the medical staff at Sorokdo National Hospital at Sorok Island in South Korea, used standard therapy based on symptoms of AD and results of neuropsychiatric examinations in individuals with HD. Sorok Island was established in May 1916 to quarantine patients with HD during the colonial period. The prescription of anti-AD (AAD) drugs was supported, and dapsone was discontinued in those with inactive HD.

The objective was to consider the common impact that treatment with dapsone has on inflammasome-driven diseases.

The NLRP3 (NACHT, LRR, and PYD domains-containing protein 3) inflammasome has been associated with a variety of human diseases, including AD, prion diseases, type 2 diabetes, and numerous infectious diseases. It is hypothesized that by examining the use of dapsone as a neuroinflammasome competitor for the treatment of patients with HD, also diagnosed with AD, the study would be able to reveal the diverse mechanisms involved in the activation of inflammasomes. The patients were also treated with a cytosolic DNA sensor cyclic-GMP-AMP synthase (cGAS)/stimulator of interferon genes (STING) signaling pathway inhibitor.

The Dementia Management Act (DMA) has had a strong impact on the diagnosis and treatment of dementia. In South Korea, the DMA was responsible for a 4.65-fold increase in AAD prescriptions between 2020 and 2019. According to the DMA, “the medical staff of Sorokdo National Hospital started the diagnosis and treatment of dementia for all HD patients on Sorok Island.” As a result, AAD was initiated for patients who were diagnosed with dementia, and physicians stopped prescribing dapsone for those individuals with inactive HD.

According to the prevalence of AD in patients who have been prescribed dapsone and those who have not been treated with the agent, the medication does appear to have a preventive effect against AD. This was demonstrated by the fact that participants diagnosed with AD (AD+) increased in the DDS group between January 2005 and June 2020.

A major limitation of the current study is the fact that it was conducted in an isolated island area. A large-scale population survey study is needed, in order to derive universal research results. It may also be important to conduct such an analysis in open countries with an observation period of 10 years or more.

The researchers concluded that the results of this study provide evidence that dapsone may represent an anticatalytic preventive treatment strategy in patients with exacerbated AD.

How Much Sleep Do You Really Need?

How To Become A Centaur – Mind Hacks