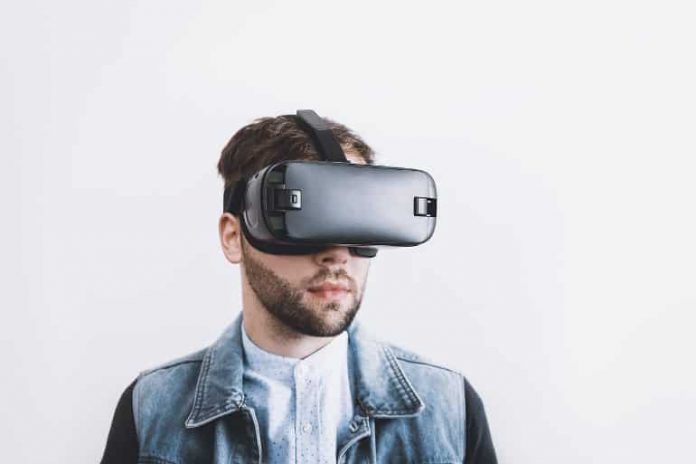 Summary: Immersive virtual reality that focuses on anger exposure training may have a positive effect as a treatment for anger management.

Virtual reality may be an effective strategy for anger control in aggressive individuals.

An immersive virtual-reality anger control training program can reduce the level of anger provoked, according to a new study published in the peer-reviewed journal Cyberpsychology, Behavior, and Social Networking.

The Anger Exposure Training was comprised of virtual environments designed to provoke anger as well as of visual avatar guidance to facilitate anger control.

In the Mindfulness Training program, the participant was engaged in mindfulness-based guided respiration and relaxation meditation.

“In Anger Exposure Training, managed expression reduced the level of anger provoked by angry expression in both the high and low aggression groups, concluded the investigators. “In Mindfulness Training, meditation increased the level of comfort in both groups as well.”

About this virtual reality research news

Because a failure of anger control leads to emotional and social problems, appropriate anger management may be important for social well-being. Virtual reality (VR) may potentially be effectively utilized in anger management, and this study aimed to verify the applicability of the VR-based anger control training program.

The data obtained by having 60 young male participants divided into 2 groups, the high aggression group and the low aggression group, based on their Aggression Questionnaire scores to execute this program were analyzed.

The anger scores and comfort scores obtained from these tasks, respectively, were analyzed for differences between the groups and between the experimental conditions.

The anger regulation and comfort enhancement rates were analyzed for correlations with psychological variables.

In Anger Exposure Training, the anger scores in angry expression were reduced in managed expression of anger in both groups.

In Mindfulness Training, meditation increased comfort score as well in both groups, and the comfort enhancement rates were negatively correlated with the levels of self-differentiation and open communication with mother only in the high aggression group.

These results indicate that the VR environments can provide an effective means of trainings for managing anger. Therefore, further research on the effectiveness of the VR-based anger control training program is worthy conducting in individuals who express excessive aggression.

Neuroimaging Clinics of North America: State of the Art Evaluation of the Head and...