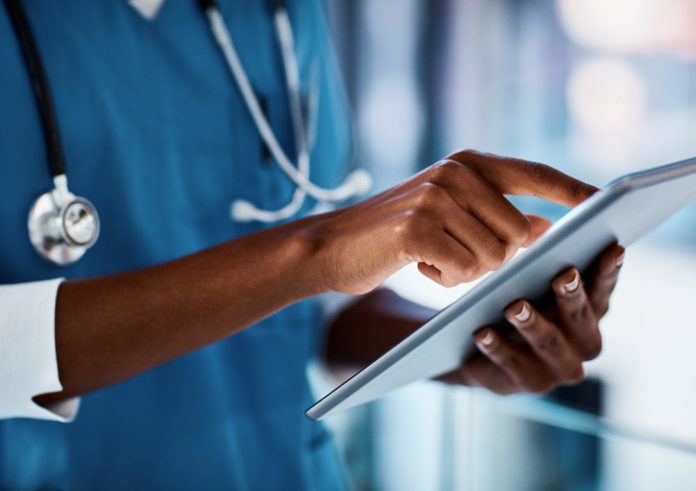 Racial and gender disparities are prevalent in various specialties of medicine, including neurology. Although the representation of different ethnic and racial groups in academic neurology has changed over the past decade1, it’s still not proportionate to the increase seen in the US population.Moreover, the number of women in faculty has risen, yet this group is still underrepresented in leadership roles.

In addition to these racial and gender inequalities, women of color, specifically Black women, continue to face misogyny. Moya Bailey, an associate professor at the department of communication studies at Northeastern University in Boston, even coined the term “misogynoir” to call attention to the misogyny and racism that Black women experience.2

In a 2021 qualitative study published in Social Sciences3, Black undergraduate women described their experiences with various forms of misogynoir — from their appearance and tone of voice being policed to unfair grading policies — in high school with teachers and school administrators. The study found these women were often manipulated by their teachers to adhere to perfectionism as a sense of “proving” their worth as students, the researchers explained. The women acknowledged that although their teachers did give them praise, calling them “highly ambitious learners,” they continued to feel a pressure of being all-knowing and perfect.

Misogynoir is also seen in health care, where women of color have been neglected and judged as both patients and health care professionals.

Analiz Rodriguez, MD, PhD, FAANS, director of neurosurgical oncology, an assistant professor at the University of Arkansas for Medical Sciences, department of Neurosurgery, College of Medicine in Little Rock, recently recounted her experience with misogynoir as a 5-year neurosurgery resident. In her account , published in the Journal of Graduate Medical Education4, Dr Rodriguez, who is Black, described how she was mistaken for a Black female resident physician in a photo, where the woman’s bra strap was visible . The chair of emergency medicine reported Dr Rodriguez, who was not the woman in the photo, for what she considered “unprofessional” and offered suggestions for penalizing her. The experience made Dr Rodriguez reflect on what it’s like to be a Black female physician in a space that’s predominantly male and White.

“I hope that Black women will stop being essentially invisible in our society,” she wrote.

What went through your mind when the faculty member approached you about this photo?

Dr Rodriguez: First,I usually wear scrubs when I go to the emergency room because I’m taking home call as a more senior resident. The other thing is that I have a very conservative mother, and any time I wear a sleeveless top, I always wear a strapless bra. So that was actually the tipoff that it just wasn’t me [in the photo].

I just knew in my gut it couldn’t be me. I’m like, this can’t be me. I would never do this. And then, the other thing that really bothered me is, even if it was me, like who actually cares? Because it’s just a bra strap.

How did you feel the moment you finally saw the photo?

Dr Rodriguez: When I finally saw the photo, it was interesting to me because it was my chair [of the department of neurosurgery] who had the photo. I can’t really describe the feeling of something so insignificant being turned into something that is such a large situation. I mean I was a neurosurgery resident. I dealt with saving people’s lives, and the chair obviously is a very busy person running a department that does thousands of neurosurgical procedures in a year. To me, it was so petty that someone sent them this photo in the hopes that I would be told that I’m an unprofessional person.

I have always felt under the microscope, but that’s not necessarily just during residency; that’s throughout my whole life. It’s a very typical thing for women of color in various fields — academia, in science, in anything.

I have always been under a microscope in a way by the nature of my job and position, and some of the unique characteristics intrinsic to who I am. This experience really didn’t change me too much because I have a lot of varied experiences throughout my residency, and this is just one of them. I could probably write a book about all of the experiences, and some experiences I don’t think I will ever share publicly.

At the time, do you believe there were sufficient resources at work or an ally to help you cope through this incident?

Dr Rodriguez: I will say I liked where I trained. I’ve had very good mentors. I do think that this is ubiquitous. What I don’t want people to think is that this is the hospital or the institution where you train. It’s ubiquitous, because if you talk to various women or various people of color, this is something that happens everywhere.

I didn’t really talk to people in my department about this because I just simply told them it wasn’t me. I was happy I didn’t get any, you know, negative repercussions from it. I also didn’t feel like it would change anything, because this whole thing was structural.

I reached out to a woman faculty member in the department of neurology who was an Indian-American woman, and she was the one I felt who gave me the most help because she understood the situation. It’s a situation that I don’t think you could really help someone if you don’t understand. It’s so multilayered and a kind of unique situation.  I just didn’t have anyone in my department who could help me in that way.

In your article, you wrote “I had assumed that there was an unspoken allyship between women health care workers. Perhaps my race superseded my gender.”

How do you think that women of color and women in general, especially in the health care field and beginning their residency, can be better allies for each other in similar situations?

Dr Rodriguez: So first and foremost, I was blessed in the sense that where I trained, I had a really strong neuroscience department. Specifically, with our department of neurology, when I trained at the time, there was a woman chair and therefore we had a lot of very prominent women neurologists on staff.

Now, the person that I spoke to [about the photo] was someone in the neurology [intensive care unit] (ICU). In neurosurgery, we interface a lot with the ICU attendees. I do think that the neurology department where I trained was probably more diverse than other places, just by the very nature that we had a woman chair at the time.

To me, I think the most important thing to realize is that everyone has various experiences. [It’s important to] just be open to others and understand how and what you say, or what you do, can affect them.

For me, I think one of the things I bring up is that oftentimes women are misrepresented as another person on the team.

How I try to describe it to people — in terms of majority women vs nonmajority women — is a lot of times I hear from my majority women colleagues’ stories about the annoyance of being mistaken for a nurse. Like, “Oh, I’m a doctor, I clearly have my white coat on and my name tag,” and for me that’s very interesting. I actually don’t get offended at all when I get called a nurse.

During training I wasn’t offended by that, because as a Black woman I get mistaken for a housekeeper. I get mistaken for other things that aren’t even part of the medical team. I’ve gotten mistaken for a transporter, in [my] white coat with a name tag. I think that people should understand there are differences. I’m not saying we should focus on those differences; I think we can find common ground.

All of these experiences are highly varied, and there are subtleties between different groups. Even within women as a group, there are very different things — various experiences that tie us together — but then there may be differences.

Why did you decide to publish the article about your encounter?

Dr Rodriguez: I really think I wrote the piece to bring awareness to understand experiences from people who may be underrepresented in some way. It’s not necessarily a piece for a certain type of person; it’s just a piece about how, unfortunately, conservative medicine can be and how it can lead to these events that really exclude people and indirectly target them.

Hopefully, we could all work together to change the system. I was very surprised by how well-received it was and how many people reached out to me. One of the most impactful things of people commenting or reaching out is that when apparently this happened, there was a medical student who was rotating on neurosurgery. She remembered me telling her what happened, and now she is a fellow.

Years have passed and she talks about how when she gets dressed in the morning she’s consciously paranoid about how someone will perceive her. I hope that is something that we can eliminate in medicine. I had no idea that this young woman can still remember my story from when it actually happened and that it impacts her to this day. I wanted to bring awareness to these incidences so we can dismantle the culture that leads to it.

Emotion, Cooperation and Locomotion Crucial From an Early Age