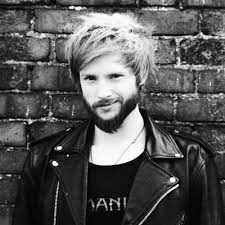 Picture this: Walking through a park on a pleasant day, you decide to stop and rest on a park bench. However, only two benches are available, and both already have someone sitting there: one with someone you guess is roughly the same age as you, and one with someone who is much older or younger than you. Now, given that there is a strong likelihood of conversation emerging upon sitting down, which person would you rather talk to?

You might be apprehensive of even sitting down in the first place. People are often hesitant to talk to someone new. Following strict social norms,

we often avoid talking to strangers because we think conversations will consist of awkward small talk and generally feel unpleasant. Indeed, research shows people are often sceptical of thevalue of connecting with new people, despite the fact that people actually benefit, often more than they expect, from talking to strangers.

Such apprehension of talking to others we don’t know extends further in those we perceive ourselves to be different from, such as those of different ethnic or age groups. In fact, research shows we consistently give preferential treatment to people we share basic demographic traits with.

However, we also might stand to learn more from talking to others who are different from us. And though in some ways it may seem easier to talk to someone more similar to us, we might be more likely to care for their opinion, and thus might be more fearful of falling into potentially awkward small talk.

Our recent research study attempts to shed light upon this complex picture, potentially helping you choose who to sit next to on the imaginary park bench. Specifically, we asked people (aged either 25-30 or 65-70) to have a conversation with someone of the same age group or the other age group, and first report how they expected the conversation would go.

Although we anticipated that people would expect conversations with their own age group to be more positive, participants expected to enjoy conversations more with a partner of the different age group, despite thinking they would have less in common.

Interestingly, the differences we observed pre-conversation diminished; people enjoyed conversations more and found things in common with their partners regardless of who they spoke to, and reported a strong interest in talking further with someone of the same age as their conversation partner.

Delving further, the overall effect of participants expecting to enjoy cross-generational conversations more was largely driven by younger participants being especially pessimistic about having a conversation with someone of the same age. This may indicate that younger people are overtly more apprehensive with their own peer group, caring more about appearing conversationally fluent and interesting.

Our results, consistent with previous research on minimal interactions, indicate that any apprehension about talking to others different from us, particularly in the form of worrying about not having much in common, may be largely unfounded. For example, one younger participant pointed out, “I was worried it was going to be awkward and we would have nothing in common or to speak about. However, as soon as the conversation started I realised how wrong that expectation was and I actually had a lovely time chatting with her and we had so much in common!”.

Moreover, not only were conversation fears unfounded, but those who spoke to someone of a different age reported learning much more than those who spoke to someone of the same age, as well as feeling they had learned new perspectives. As one older participant pointed out, “I learnt that age …can actually make for a much more interesting conversation …as you speak about things that are actually interesting and not small talk.”

One reason we might have mixed expectations about talking to those different to us may simply be a product of limited exposure. When asked about opportunities for daily interactions, both age groups overwhelmingly reported many more opportunities to talk to their own age group than the other.

Thus, the park bench provides an all too rare opportunity for making a cross-generational connection. We heartily encourage you to sit on the park bench with the person who is a different age than you. Our research suggests that both you and your partner are likely to enjoy your conversation more than you expect.

Joshua Moreton is a Senior Research Officer in the Department of Psychology at the University of Essex. Joshua has been conducting research on the mental health benefits of cross-generational conversations as part of an ongoing project with Sussex Psychologist, Dr Gillian Sandstrom.

I’m a Mom and a Child Psychologist: This Is the Behavior I Actually Worry About