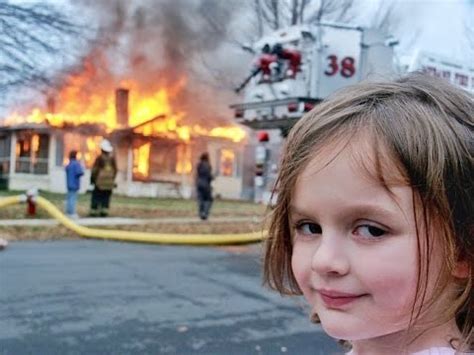 I’m not a fan of the term “murder hobo,” since it strikes me as insensitive, but it’s pretty widely understood in the tabletop role-playing game world to refer to players who ignore whatever morals their characters supposedly have and instead do evil for fun and profit. It’s the rogue who pickpockets the shopkeeper, the paladin who declares arbitrary and curiously localized holy wars, and the wizard who fireballs the orphanage while upcasting to 6th level just because that one kid stuck her tongue out at him.

Want to listen to this article in micro-podcast form? Supporters on my Patreon get audio versions of articles delivered right to their phones.

Any dungeon master who encounters these kinds of players is likely to either press her hands to her face in frustration or slam the table and shout “Rocks fall, everyone dies!” Sometimes players do this because they’re bored with all the talky bits or they’re just trying to mess around, but other times their characters appear to be following a moral compass that looks like it’s been hurled to the ground and stomped on. And, weirdly, players may balk when confronted about the moral failings of their characters or at most handwave it away. Or they may do something on a smaller scale by having a lawful good paladin abandon the hapless villagers under attack by bandits because that quest just doesn’t sound that fun or because the money’s not good enough. It’s as if the players completely disengage themselves from their morals (or those of their characters) just for one little bit of guiltless mayhem, self-indulgence, or disinterest. And more to the point, they may manufacture reasons for their characters’ malicious behavior.

Specifically, psychologist Albert Bandura wrote about several specific mechanisms by which people absolve themselves from guilt or the need for explanation. These are arguments, mental gymnastics, and excuses people can yank out of their bag of tricks when confronted about their moral trespasses, and I think most of them are relevant to good tabletop role-playing gamers gone bad.

Next, Bandura described advantageous comparisons as a way to compare one’s egregious act against something worse as a way of making it seem less terrible. Stealing from the rich is okay because they abuse their power, and going on a stomping spree in a dragon’s nursery is okay because those hatchlings would probably burn down a village someday.

Third, displacement of responsibility happens when people point to a (supposedly) legitimate authority figure who is ordering them around. It’s the old “just following orders” argument, seen when a soldier endangers civilians or a warlock slings an errant eldritch blast because his patron told him it would be okay. Interestingly, Bandura reported some additional research on this one showing that this trick is especially likely to be invoked when the authority figure is physically present and when peers are also following orders. But deviant behavior is less likely when the authority figure is issuing orders from afar or when a peer refuses to follow them.

Fourth and relatedly, diffusion of responsibility can be invoked by evildoers when they’re part of a group. “When everyone is responsible, no one really feels responsible,” Bandura wrote (page 198). The rogue is less likely to steal from townspeople if he’s out on his own, but if the whole party is there and they start to let their larcenous feelings be known, there are going to be some penniless NPCs once each party member feels that they can blame everyone else.

Fifth, people can try to disregard or distort consequences when they don’t have to be around for the consequences of their actions to manifest. Dropping bombs via remote drone seems less heinous than shooting someone at point-blank range, and if a party accepts bribes from the orc chieftain to let him march his army on a guard outpost, they can handwave away guilt by being somewhere else when the raiding begins.

Sixth, dehumanizing can make acts seem less terrible than if they were performed against “a real person.” Simply thinking of a victim as something less than human (or dwarf, or elf, etc.) can make one’s actions seem not so bad. Those hobgoblins that the player characters are leading proactive raids against aren’t people. So it’s not evil at all. They’re monsters. Creatures. Sacks of experience points.

Finally, attributing blame to one’s enemies or luck or circumstances can be an effective way to protect one’s ego from the effects of bad behavior. Saying that “she was dressed provocatively” to excuse harassment is a classic example of this ugly strategy. So is saying that the dragon shouldn’t have moved into a lair so close to civilization if it didn’t want to get sacked by a party of adventurers. In both cases, they were just asking for it.

If you’re a player, be on the lookout for these techniques and mechanisms in your fellow party members –or yourself. Or …maybe go in the other direction. If your goal is to role-play an evil or evil-ish character, consider everything above a good playbook. Talk about your prey in terms that dehumanize them and attributes blame to them. Cast your actions in euphemistic terms that hide behind the letter of the law or humor. Find a patron that will give you the kinds of morally tainted orders you want to follow. Push the party to be somewhere else and on some other quest when the consequences of your greed become manifest.

Or if you’re a dungeon master, perhaps a better idea is to do all this in service of creating a really great, evil, despicable, noxious, notorious, and dastardly villain. Someone that the characters will want to oppose because they see through all his tricks. And that way, no orphans have to die. Well, except that one.