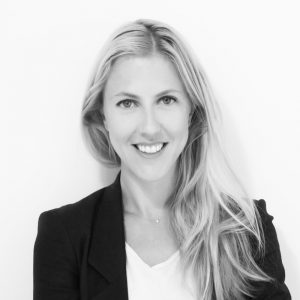 Throughout the COVID-19 pandemic, we have had to navigate decision-making in everchanging, new social contexts – deciding when to mask, when to cancel an event, who to include in social gathering, and more. The ability to constantly adapt decisions under changing circumstances, in part, relies on the ability to predict the behavior of others, and that is challenging, says Oriel FeldmanHall, a cognitive neuroscientist at Brown University.

“I actually think this is one of the hardest challenges humans face in their daily lives,” she says. “We have little access to people’s inner worlds, and yet accurately predicting what another person is feeling or planning to do, can be tremendously useful in helping us select the next best action to take.”

Armed with knowledge about others, people have the opportunity to make even better, more adaptive choices, says FeldmanHall, who is the co-recipient of the 2022 Young Investigator Award. In her upcoming award lecture at CNS 2022 in San Francisco, she will talk about her team’s research to map social worlds to understand adaptive decision-making.

We spoke with FeldmanHall about her upcoming talk, how she got started in cognitive neuroscience, and what she is looking forward to at the CNS conference in April.

CNS: What got you started in cognitive neuroscience?

FeldmanHall: My start in cognitive neuroscience was not really a straight path. In college, I was a double major in biopsychology and English literature and had spent some of my college summers doing molecular bench science. I then went to work in politics on Capitol Hill in Washington, D.C., during which time I applied to PhD programs. I needed a change of pace and wanted a challenge, but I wasn’t sure that a PhD was in my future; I was debating between that and going to medical school. The PhD deadlines happened to be first. So when I found out I got in, I just made the decision to go. In retrospect, it feels a bit impulsive and ill-informed, but I was 25 and still trying to figure out what I wanted from life.

For one of my applications, to Cambridge (where I ended up going), you had to write a proposal for what you planned to study. This forced me to diligently read and narrow in on the topics I was most interested in. The set of topics that I was intrigued by got smaller and smaller, so I only had a few research threads to weave together to create my proposal. Remarkably, the proposal I wrote for Cambridge in cognitive neuroscience was what I ended up studying in grad school. Although it all seems rather accidental, the good thing is that I stumbled upon the perfect career for what makes me happy.

One thing we are trying to do is really push the envelope on how to study complex social phenomena. Whether it be in the form of a paradigm or tool, one of our goals is to try to mimic the tensions of the real world as much as possible…

CNS: What is a central goal of your current research?

FeldmanHall: One thing we are trying to do is really push the envelope on how to study complex social phenomena. Whether it be in the form of a paradigm or tool, one of our goals is to try to mimic the tensions of the real world as much as possible – to create the social tensions we experience out in the wild here in the lab, or bring the ‘lab’ to the wild. As an example, in some of our recent work that aimed to understand how people come to represent a politically polarized reality, rather than study static political words or images, we had our subjects watch real political content while being scanned. This enabled us to measure whether any two brains processed real-world political information in a similar or dissimilar way. I think the better we are able to reflect those tensions, and make the paradigm more ecologically valid, the more likely we are to get better, more precise estimates of how the social mind works. And as I see it, this is crucial for accurately mapping the social mind.

CNS: Can you give us a preview of some upcoming projects?

FeldmanHall: We have so many cool projects that we are getting started with. One particularly ambitious project that I am pretty excited about is understanding how humans build cognitive maps of their social networks in the wild. We will be tracking an incoming freshman group here at Brown, who will start by having no network (pre-college), and we will measure how the network is built and how it changes over time in the first year of their college experience, testing various psychological theories about how cognitive maps aid in the representation of their rich real-world social networks. We also are curious to understand if where you sit in your network affords more adaptive decision-making. For example, it’s possible that individuals who occupy central positions, may have access to more information about the network, and thus can behave more strategically.

CNS: What are you most looking forward to at the CNS annual meeting in San Francisco this April?

FeldmanHall: Seeing Deepu [Vishnu Murty]. He is an amazingly committed and passionate scientist who I am so excited to share this award with and I haven’t seen him since before the pandemic!

The Benefits of Exercise in a Pill? Science Is Closer to That Goal

Can’t Find Your Keys? You Need a Chickadee Brain