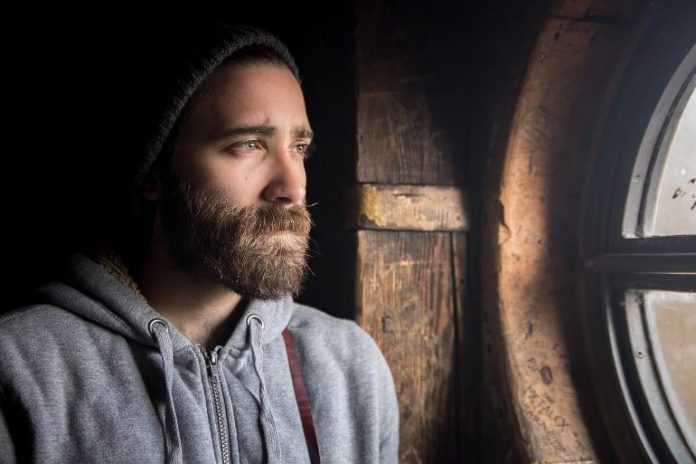 Summary: Researchers report males who transition out of relationships are at higher risk of developing anxiety, depression, and suicide.

A new UBC study confirms that when men transition out of relationships, they are at increased risk of mental illness, including anxiety, depression and suicide.

“Most men experienced the onset or worsening of mental illness symptoms during a distressed relationship or following the breakdown of a relationship,” says the study’s lead author Dr. John Oliffe, a Canada Research Chair and UBC professor of nursing whose work focuses on men’s mental health.

He noted that marital separation quadruples the risk of male suicide and suggests that distressed relationships as well as separation and divorce contribute to men’s mental health challenges.

Dr. Oliffe and the team at UBC’s Men’s Health Research Program interviewed 47 men about their experiences with the breakdown of an intimate partner relationship. When faced with conflict in their relationships, men tended to downplay issues, causing the relationship to fracture even further.

“For example, men’s uncertainty for how to articulate and problem-solve in the relationship context resulted in many men isolating rather than reaching out for help. Most men in the study were battling with transitions in the partnership—like bereavement, parenting or infidelity—and their primary goal was to avoid conflict.”

The study also found that men who were in distress following their breakup used substances, including alcohol, to cope with feelings such as anger, regret, sadness, shame and guilt. This is in addition to the immense uncertainty of what life could look like with less access to children, financial challenges and the loss of social connections.

Complicating these findings is the isolation and disruption caused by COVID-19 public health restrictions, which can lead to increased alcohol and substance use at home, and exacerbate conflict, leading to worsening mental health, Oliffe added.

On the positive side, the study revealed that following the breakdown of a relationship, men did engage a variety of resources to address their mental health needs.

“Help-seeking efforts among these men were wide-ranging and included individual or solitary efforts like exercise, reading and self-care while other men tapped existing networks or extended their efforts to connect with support groups, or attended therapy,” notes Gabriela Montaner, the project lead and co-author on the article.

In thinking about the implication for services, she explained that while men tend to wait until crisis happens before seeking help, they did invest considerable time and effort to move on from, as well as understand their role in the break-up. “We need to re-conceptualize men’s mental health promotion as legitimately including self-help, informal resources and male peer group services in addition to professional services.”

Dr. Oliffe added: “For the longest time we have treated separation and divorce as demographic data for examining risk factor potential in men’s mental illness and suicide. The current study findings provide important contexts and direction for getting upstream to assist men to build better relationships, and that is the focus of our current work with Movember.”

Male suicide continues to be a significant issue worldwide for which there are a myriad of social risk factors. Amongst these, distressed and/or disrupted (i.e., separation, divorce) intimate partner relationships are known to heighten men’s mental illness and suicide risk. The current qualitative study offers novel insights to the connections between masculinity and mental illness in and after men’s intimate partner relationships.

Partnership transgressions (most often infidelity) also featured to heighten men’s mental illness vulnerabilities and threaten the feasibility of the relationship. ‘Breaking up and breaking down’ chronicled participants’ anxiety, depression and suicidality in the aftermath of their relationship ending. Herein, substance use and other maladaptive behaviours were used by men to blunt feelings and/or self-medicate mental illness.

These strategies were ineffectual for moving on from blaming partners or grieving the loss of support and social connectedness provided by ex-partners. ‘Finding help’ included men’s eventual self-help, uptake of informal assistance from friends and family, formal professional care services, and the use of facilitated male peer group resources. Norming the use of these diverse help resources were men’s alignments to strength-based asset-building masculine ideals, wherein their help-seeking was bridged to, and reflective of their (albeit latent) commitment to better managing their mental health and future relationships.

How Some Games Keep You Playing