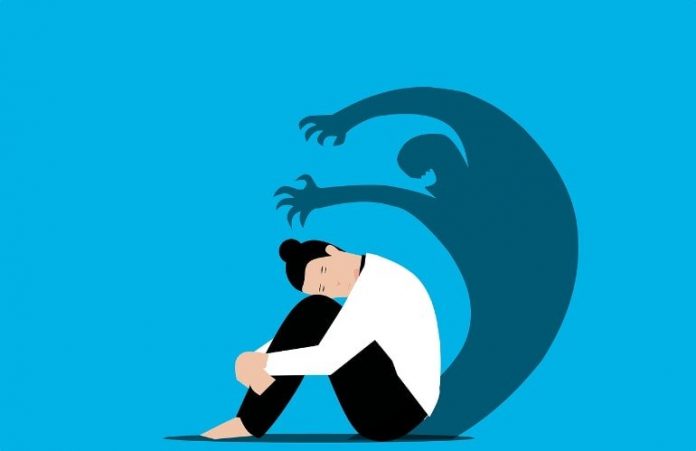 The so-called fight-or-flight response is evolution’s way of preparing the body to defend itself or flee from a real or perceived threat, like a lion in the tall grass, or—in modern times—an overdue performance review.

Scientists have struggled to study the effects of genuine threats on people’s mental and physical state because of ethical and practical constraints of human lab experiments.

In new research published in the journal Psychological Science, researchers used a haunted-house experience to study participants’ subjective and physiological responses to perceived threats in a safe yet immersive environment.

In this haunted-house setting, which included 17 rooms with various threats that formed an uninterrupted experience, the researchers examined how the body responds to threats differently depending on the social context (whether friends were around), features of the threats (whether they were expected), and emotions (whether individuals felt afraid).

“There are a lot of factors that influence how human bodies respond to threat,” said Sarah M. Tashjian, of the Division of Humanities and Social Sciences at the California Institute of Technology and lead author of the study. “We found that friend-related emotional contagion, threat predictability, and subjective feelings of fear were all relevant for the body mounting a response.”

All of these factors help increase a person’s ability to survive when under threat, but in the study, each had slightly different influences, which demonstrate the dynamic nature of the sympathetic nervous system.

To study the effects of frightening experiences, previous studies used scary images, mild electric shocks, or loud noises. In the current study, 156 participants went through the haunted house in small groups. During the 30-minute experience, they encountered situations that mimicked the threat of suffocation, an oncoming speeding car, and a volley of shots (with pellets) from a firing squad.

Before visiting the haunted house, participants rated their expected fear on a scale from 1 to 10. Afterward, they rated their experienced fear level on the same scale. From these data, four factors were examined, including group composition, threat imminence, intrapersonal factors of fear, and a “baseline orienting response,” or the participant’s sensitivity to threats.

Results showed a positive association between the number of friends in a group and tonic arousal, which reflects the body’s overall physical response to stress or emotion. On average, the more friends that participants had with them while touring the haunted house, the higher their physical response.

“We interpreted this to reflect fear contagion—if your friends are around, your body picks up on their signals and has a higher level of arousal even in the absence of specific scares or startles,” Tashjian said. “In the lab, it is difficult to study the effects of groups on physiology.”

Studies usually involve testing one person at a time or, at most, pairs of friends. In this study, the researchers had the unique opportunity to study how being in groups with different mixes of friends and strangers affected people’s perceptions of threat.

The researchers also noted positive associations between unexpected attacks, subjective fear, and phasic frequency. Phasic effects are rapid changes the body experiences as it responds to an event. Individuals who felt the most afraid during the haunted house had more peaks in these responses. “If your body is more cued in to the threatening event, you also psychologically feel more fear,” Tashjian said.

“From a results perspective, this study is distinct because we measure multiple aspects of skin conductance, including slow responding, rapid responding, frequency of responses, and level of responses,” Tashjian explained. “Most studies use just one of these measures, which limits our understanding of how dynamic the sympathetic nervous system is and how different factors exert different influences on biology.”

She added that the research is a “major advance for cognitive and social psychology,” because it furthers the understanding of how “naturalistic contexts,” such as the immersive haunted house experience, influence the body’s response to threats. Also significant is the finding that friends amplify the physical response.

“We show that friends increase overall arousal, that unexpected scares produce more responses and higher levels of responses in the body than predictable scares, and that more frequent responses from the body manifest as feeling more afraid,” Tashjian said. “And we show all of this using an intensive, immersive, live-action threat environment.”

About this fear research news

Threats elicit physiological responses, the frequency and intensity of which have implications for survival. Ethical and practical limitations on human laboratory manipulations present barriers to studying immersive threat. Furthermore, few investigations have examined group effects and concordance with subjective emotional experiences to threat.

Findings demonstrate the relevance of (a) social dynamics (friends vs. strangers) for tonic arousal and (b) subjective fear and threat predictability for phasic arousal.

Conspiracy Theories Are Dividing Us. How Do We Talk About Them?

65+ and Lonely? Don’t Talk to Your Doctor About Another Prescription