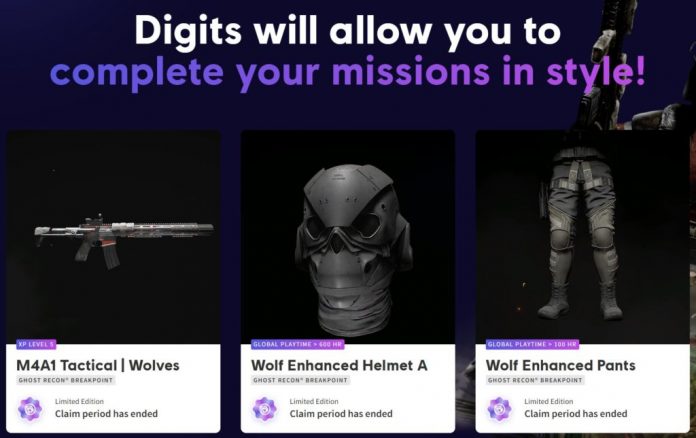 I’m a simple man who is apparently a little behind the times. I’m still coming to terms with expansion packs and downloadable content while the rest of the world is now talking about how companies are implementing non-fungible tokens (NFTs) and blockchains in games. From what I can tell, the idea is that you can buy a NFT, which is a kind of receipt for an item in the game. Because it’s stored on a decentralized blockchain, nobody can mess with that receipt and it’s tied to you. You can show it off to other people or you can sell those rights using a third-party service and maybe even take advantage of “smart contracts” to retain a slice of any future sales.

Or something. That’s it in very broad strokes, I think.

It’s an interesting idea to apply to virtual goods in video games because at first glance it appears to lean into a lot of the psychology that makes us consider such goods to be valuable. Things are generally more desired if they are rare or unique, for example. Collectors want authentic pieces sitting in their display cases and hanging on their walls, not reprints. Then this article from the BBC caught my attention because it talked about how Ubisoft seems to want to take advantage of some of the psychology around NFTs and get players to buy items that with unique “Digits” in Tom Clancey’s Ghost Recon Breakpoint.

But they’re going about it wrong. From the BBC article:

In one example shown by the company, a digital helmet worn by a character appears to have a serial number “stamped in” to the metal in its appearance – a number Ubisoft says will be different for every owner. That serial number will be visible in-game to other players, and each player can only own one of each “Digit” NFT, Ubisoft said. These Digits can then be bought and sold with crypto-currency like any other token on the blockchain – even for those who do not own or play Ubisoft’s games. The items will also list previous owners in-game, it said.

I completely fail to understand why this would be appealing to anyone given that all the helmets look alike except that one might have the serial number “0093815-B” and another might read “0093815-E.” That’s not fooling anyone. It doesn’t make each of the items unique. They’re not meaningfully different from one another.

Want to get an audio version of articles like this delivered right to your phone like a mini podcast? Patreon supporters get that. Join them at www.patreon.com/pog!

And okay, I’m going to do that thing where I try to help someone do something that’s potentially bad or iffy. Because we know from psychology that one way to make something seem truly unique is to convey something about its history. Who owned it previously. Where it has been. What it has done. I wrote about this extensively a while back in the context of Diablo 3 and the idea of including more information about an item’s history in its real-money auction house listing. We tend to believe that items –even virtual ones– inherit some of the “essence” of their owners and the situations or people they come into contact with. Plenty of research has demonstrated that this kind of information can spike perceptions of uniqueness –and thus value. From that article I wrote about the Diablo 3 auction listings:

Bloom and his Yale colleagues George Newman and Gil Diesendruck conducted a series of experiments to test what they called a “contagion” hypothesis –the idea being that an object’s value is affected by its history of contact with someone else. (Newman, G., Diesendruck, G., and Bloom, P. (2011). Celebrity Contagion and the Value of Objects. Journal of Consumer Research, 38.) As part of the study, they asked subjects to write down the name of a celebrity they admired (examples included Barack Obama and George Clooney) and then consider an article of clothing (e.g., a sweater, a pair of gloves, or a wristwatch) owned by that person. Subjects were then grilled on how much they would be willing to pay for that item versus an identical item from a non-celebrity. Unsurprisingly, people valued the item owned by the famous person more.

In subsequent experiments, though, the researchers drilled down into the phenomenon by tweaking the scenario. What if you were forbidden from reselling the item? That dropped the price a little, but honestly not much. What if the item had been thoroughly dry cleaned and sterilized after being used by the celebrity? That reduced the price people were willing to pay by almost one-third. What if the celebrity had been given the item as a gift but had never actually worn or otherwise used it? According to Bloom, another study showed that this also drastically reduced the value of the item.

What seems to be important here is that subjects felt the object had some kind of residue or essence about it because of its prior association with an admired celebrity.

Let me put it this way: would you rather own a weapon in Tom Clancy’s Military Man Simulator that’s only distinguished from identical weapons by its VIN number, or would you rather own a weapon that you know was used to beat the game on the hardest difficulty setting? Or that has been in circulation since the game was in beta? Or that was owned by a popular Twitch streamer during her playthrough of the game?

An object’s psychological history matters. NFTs should capture that if they want to actually leverage psychology.

The Role of Personality in Sharing of Fake News

Older Adults May Be Better at Listening in Noisy Social Settings Than Has Long...