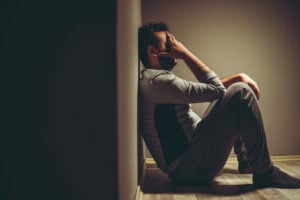 From RT: “This framing of an increasing array of social issues in mental health terms raises important questions about how we are being asked to think about the problems that face us. In a recent project exploring the rising significance of mental health in UK higher education, I noticed that the ‘causes’ of mental ill-health on university campuses were becoming increasingly difficult to disentangle from mental ill-health itself. Uncertain job markets, exams, access to drugs and alcohol, all came to be considered not causes of mental health issues, but mental health issues themselves, for which students were encouraged to seek out a growing array of professionalised support.

. . . And young people aren’t the only ones affected. Talking to a female colleague at another university, she remarked that life during the pandemic had been a perverse game of ‘Divorced, Damaged, or Fired.’ Every day was a constant struggle to avoid divorcing your spouse, damaging your children, or getting fired. Most days, you could only choose one. Her employer did offer ample ‘wellbeing support,‘ but what was needed was not an array of interventions and advice inviting her to ‘take a walk‘ or meditate, but workable childcare solutions and additional staff to deal with workloads that had already become insurmountable before the pandemic struck. Instead, the opposite happened. Alongside additional responsibilities like home-schooling children, staff in many countries actually worked more hours and had their workloads increased.

Through all of this, we were endlessly encouraged to view this situation primarily as a threat to our mental health. The wellness industry was quick to shamelessly exploit the strain, with mindfulness meditation apps setting up introductory offers for the overworked and anxious, and headlines shouting about the ‘mental health toll’ of the pandemic.

Mental health has become a stand-in solution for the wicked issues of our times. We don’t know how to deal with declining employment prospects and solutions to climate change seem to be slipping from our grasp. In response to this, we are increasingly seeing calls for ‘coping strategies’ to deal with radical demands.

Edgar Cabanas and Eva Illouz note in their book ‘Manufacturing Happy Citizens’ that discussions of mental health and wellbeing have the perverse effect of flipping American psychologist Abraham Maslow’s famous ‘hierarchy of human needs’ upside down. This hierarchy describes the once-widespread assumption that the material needs of life must be satisfied before higher needs of self-actualisation can be reached. Now, this has been flipped on its head. First you must learn to cope, to think and feel in the correct ways, and then – somehow, some way – success and fortune await. Karl Marx once remarked that people must eat before they can philosophise. Now, you must self-actualise before you can eat.

However, I think our current situation is much worse. We have not just flipped the hierarchy upside down, we’ve lopped the top clean off. Success and fortune no longer await. Learn to cope. Period. As mindfulness guru Jon Kabat-Zinn has put it, the ultimate goal is ‘being at home in our skin within the maelstrom.’”

Which Personality Traits Can Be Improved Without Personal Motivation?

An Interview with Piers Gooding