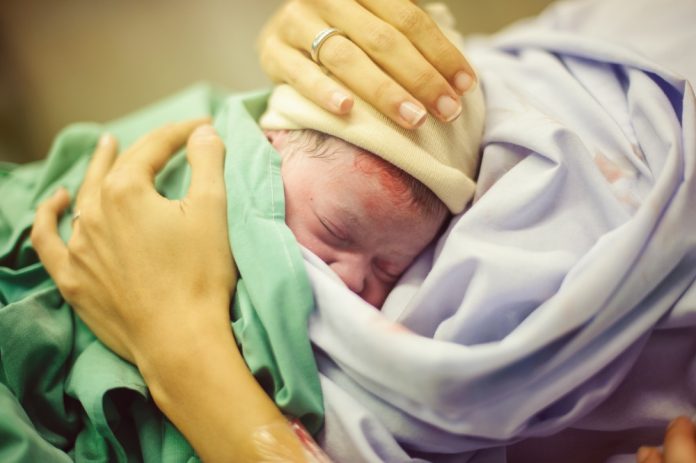 Endovascular mechanical thrombectomy (MT) appears safe and effective for reducing intracranial hemorrhage in women with acute ischemic stroke (AIS) during pregnancy and the postpartum period, according to study findings published in Stroke.

AIS, although a rare occurrence, is possible during pregnancy and the postpartum period. Clinical trials that validated acute reperfusion therapies to treat AIS have systematically excluded this patient population from clinical trials, hence why the literature on MT is limited. The objective of the current study was to determine whether MT is a safe and efficacious therapy for AIS during pregnancy and the postpartum period.

The data source used for the study was the National Inpatient Sample, which was queried to identify and characterize pregnant and postpartum women with AIS who were treated with MT between 2012 and 2018. Overall, the cohort included 52,825 women hospitalized with AIS during the 7-year study period.

Lower rates of intracranial hemorrhage after MT were observed in pregnant/postpartum women vs nonpregnant women in an adjusted univariable analysis, but this difference was not statistically significant (11% vs 24%, respectively; P =.069). However, pregnant/postpartum women who underwent MT did have significantly lower rates of poor functional outcome (50% vs 72%; P =.003) and in-hospital mortality (0% vs 14%; P =.038), according to the unadjusted analysis.

While the incidence of venous thromboembolism (17% vs 0%; P =.001) and pregnancy-related complications (44% vs 64%, P=0.034) were higher in pregnant and postpartum patients treated with MT vs those managed medically, there was no difference in terms of the incidence of intracranial hemorrhage (11% vs 8%, respectively; P =.557).

On univariable assessment, pregnant/postpartum women treated with MT were less likely to have a good functional outcome at discharge (50% vs 78%; P <.001) compared with those managed medically, but no difference was found in terms of hospital length of stay in the propensity score-adjusted cohort comparison (1.8% vs 1.3%; P =.414). However, the propensity score-adjusted cohort comparison analysis found no statistically significant difference in terms of good functional outcome between those treated with MT vs those who were medically managed (50% vs 72.2%, respectively; P =.069).

The study also found that pregnant/postpartum women who received MT did not experience mortality or miscarriage during the hospitalization period.

Study limitations included its retrospective design as well as the lack of randomization, all of which limited the researchers’ ability to draw conclusions on causation with respect to the chosen treatment strategies and outcomes.

The researchers wrote that when “taken collectively,” the findings suggest MT “is a viable and safe first-line therapy” in pregnant/postpartum women with AIS.

Methylphenidate Safe and Effective in Reducing Apathy in Alzheimer Disease

The Problem With Mental Health Awareness

Functional Neurological Disorder and How It Relates to COVID-19 Vaccines