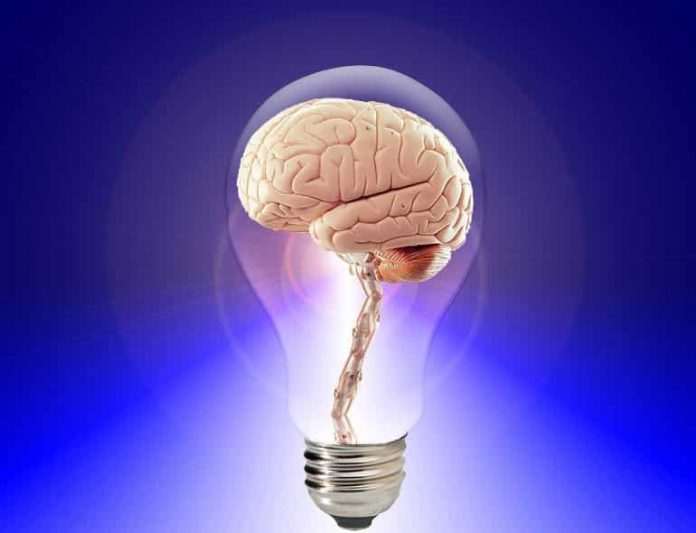 The findings were published in Nature Cancer.

A class of drugs called BACE1 inhibitors were once among the most anticipated candidates for treating Alzheimer’s disease. They act by inhibiting the protein, called BACE1, that is responsible for producing β-amyloid plaques in the brain, which are one of the main hallmarks of Alzheimer’s disease. After demonstrating poor efficacy in clinical trials, however, the neuroscience field has since moved away from BACE1 inhibitors.

Interestingly, BACE1 is also expressed on a class of immune cells—called tumor-associated macrophages (TAMs)—that are found in the tumor microenvironment, or the non-cancer cell components of solid tumors.

Tumor-associated macrophages are particularly abundant in glioblastoma, prompting the research team, led by Shideng Bao, PhD, to wonder if BACE1 inhibitors may be effective in treating or preventing the highly aggressive form of brain cancer.

“There are two main types of TAMs,” explained Dr. Bao, who directs the Center for Cancer Stem Cell Research. “Most TAMs are tumor-promoting and contribute to treatment resistance, but there are some that are tumor-suppressing. If we can develop a therapeutic that manipulates this balance—tipping the scales so that there are more tumor-suppressing TAMs—perhaps we can better treat glioblastoma.”

In this study, the researchers screened a wide-range of compounds to identify the most promising candidates against tumor-promoting macrophages (pTAMs), revealing a BACE1 inhibitor called MK-8931 (verubecestat).

They found that treating human-derived preclinical models of glioblastoma with verubecestat reprogrammed pTAMs into tumor-suppressing macrophages (sTAMs). As a result, the more abundant sTAMs helped destroy tumor cells, including glioma stem cells, which are a particularly aggressive type of cancer cell that can self-renew and repopulate a tumor.

“We found that these changes significantly reduced tumor growth. The benefits were even more pronounced when verubecestat was administered in combination with low-dose radiation, since that enhances TAM infiltration into the tumor.” said Dr. Bao.

More research will be necessary, but Dr. Bao’s research suggests that verubecestat’s ability to transform pTAMs into sTAMs may be related to the activity of three molecules, including IL-6 (interleukin 6) and its receptor sIL-6R, as well as STAT3 (signal transducer and activator of transcription 3).

These molecules, together with BACE1—which is more abundantly expressed on pTAMs than sTAMs—form a signaling cascade that ultimately helps maintain the pro-cancer properties of pTAMs. Inhibiting BACE1, like with verubecestat, interrupts this signaling pathway.

“Verubecestat has already been approved for use in humans because of its prior testing for Alzheimer’s disease,” said Dr. Bao, “which would help speed the translation of our promising preclinical findings. This is a major benefit of drug repurposing—being able to bridge the gap from preclinical research to clinical testing, which can often be a lengthy process.”

Kui Zhai, PhD, a postdoctoral fellow in Dr. Bao’s lab, is first author on the study, which was supported in part by the National Institute of Neurological Disorders and Stroke (part of the National Institutes of Health). Dr. Bao, the corresponding author, is staff in the Department of Cancer Biology.)

BACE1 is preferentially expressed by pTAMs in human GBMs and is required to maintain pTAM polarization through trans-interleukin 6 (IL-6)–soluble IL-6 receptor (sIL-6R)–signal transducer and activator of transcription 3 (STAT3) signaling.

Because MK-8931 and other BACE1 inhibitors have been developed for Alzheimer’s disease and have been shown to be safe for humans in clinical trials, these inhibitors could potentially be streamlined for cancer therapy.

Your antacid may be doing more harm than good